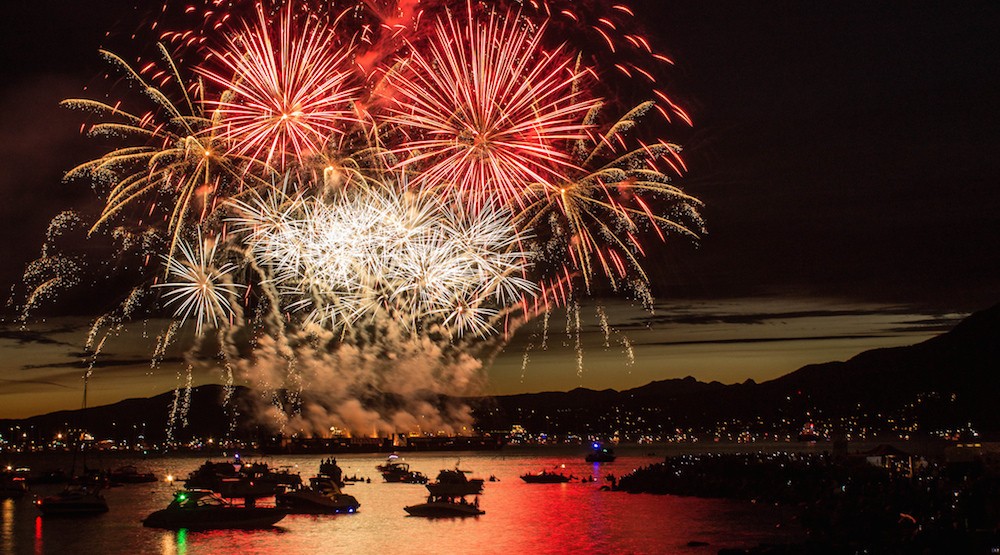 The 28th annual Honda Celebration of Light kicks off over the skies of English Bay this weekend!

There is no question that the fireworks competition each night is the main attraction, but the entertainment in the hours leading up to the shows only adds to the experience.

Three fireworks shows will be staged, with South Africa starting the festival on Saturday, July 28, followed by Sweden on Wednesday, August 1, and then South Korea on Saturday, August 4.

There is also the the Z Fest presented by Z95.3 FM from the bathhouse roof at English Beach, with performances by Langston Francis, Francesco Yates, and Ria Mae.

Expect food trucks at the festival site at Second Beach, along with the RE/MAX Family Zone and sponsor activations. There will even be alcohol service between the hours of 2 pm and 9 pm daily.

There will be a pre-fireworks air show over English Bay each evening before sunset, and the show on Wednesday, August 1 will be extra special as it features a performance by the Canadian Forces Snowbirds squadron.