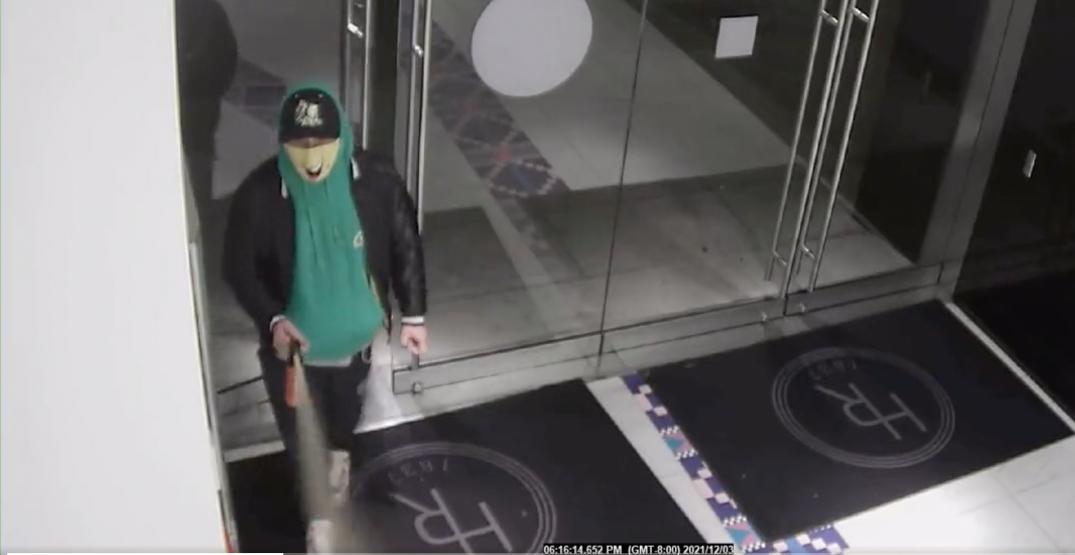 A robbery suspect walked into a high-end department store in downtown Vancouver with a can of bear spray and left with a stolen purse.

Vancouver police shared videos of the robbery suspect on Monday to see if the public could help identify the suspect.

The theft happened around 6 pm on December 3 at the Holt Renfrew department store at Pacific Centre on Dunsmuir Street.

“This was a violent crime that occurred on one of the busiest shopping nights of the year and affected many people,” said Sgt. Steve Addison.

“We’re asking everyone to look hard at this video and call us if you know the person responsible.”

In the videos, the masked suspect is seen walking towards the door. As they’re entering the doorway, they take out what appears to be a can of bear spray.

Then, VPD said they deployed a cloud of bear spray and walked over to a display rack. You can see them approach the display and take a bag, which was worth $1,800, in the glass door’s reflection.

Then, they leave the store with the purse in hand, walking east on Dunsmuir to Seymour Street.

“The entire store had to be evacuated because it was so hard to breathe.”

VPD has not yet identified the suspect and is asking that anyone with information contact investigators.

Police say they’re looking for a man or woman in their 20s, who was wearing a yellow face mask, a green hoodie, and a black cap with a white logo on the front.