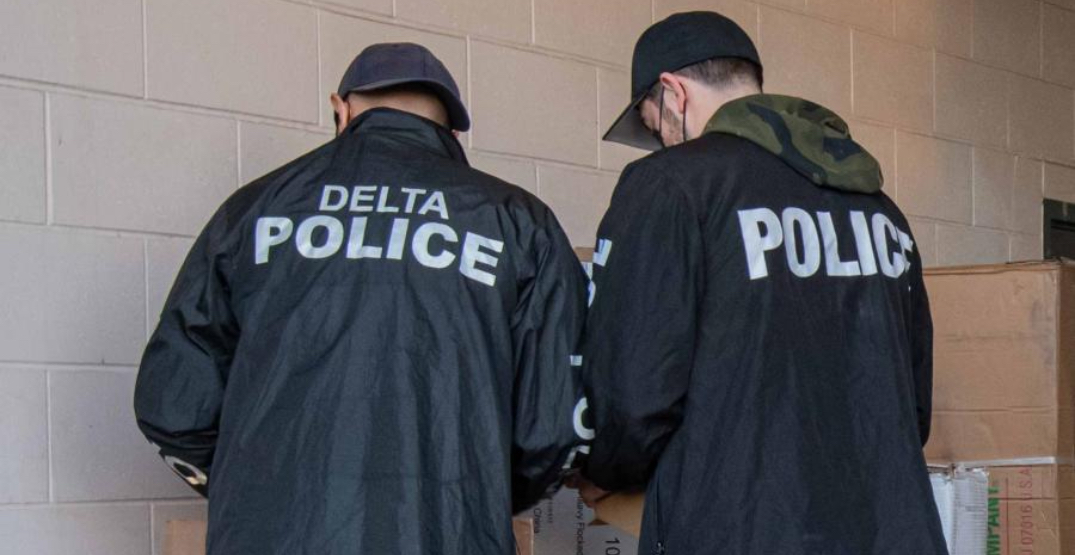 After getting tipped off about missing shipments, Delta Police believe they’ve exposed a theft ring and have seized $45,000 worth of goods that could have been on their way to Facebook Marketplace.

According to a release from Saturday, December 10, Delta Police received a report in early November from a delivery service of suspicious activity at a distribution facility in Delta.

Then, an investigation by the DPD’s Crime Reduction Unit (CRU) found an alleged internal theft ring.

CRU’s investigation found that the ring involved multiple delivery contractors. They even underwent some covert surveillance as part of their investigation. They found that items would be stolen and then listed for resale on Facebook Marketplace.

Eventually, the investigation led police to a home in Surrey where they believe the stolen goods were stored and sold.

Delta Police executed a search warrant at the Surrey residence on December 8, 2021, with help from the Patrol Support and Violence Suppression Teams.

That search led to two arrests and the seizure of a wide range of products.

“Many new items were seized including high-end consumer electronics, appliances, sporting goods, and apparel. The total value of property seized was approximately $45,000,” reads the release.

Delta Police say two men have already been arrested during the warrant execution. They were later released, pending further investigation.

“We know supply chains have experienced significant disruptions, in between the pandemic and then the floods,” said Chief Constable Neil Dubord.

“If people’s orders can make it through those hurdles, then those packages should get to their homes.”

Delta Police say the investigation is ongoing and they’re busy processing the seized property. They expect charges to go to Crown Counsel soon for theft and trafficking property obtained by crime.

“I’m very pleased and proud that our officers were able to secure enough evidence to shut down this theft ring, and recover the stolen deliveries. It was a job well done!” said Dubord.

The news of the theft ring comes just days after VPD announced the results of a major sting operation in the Downtown Eastside that led to charges.