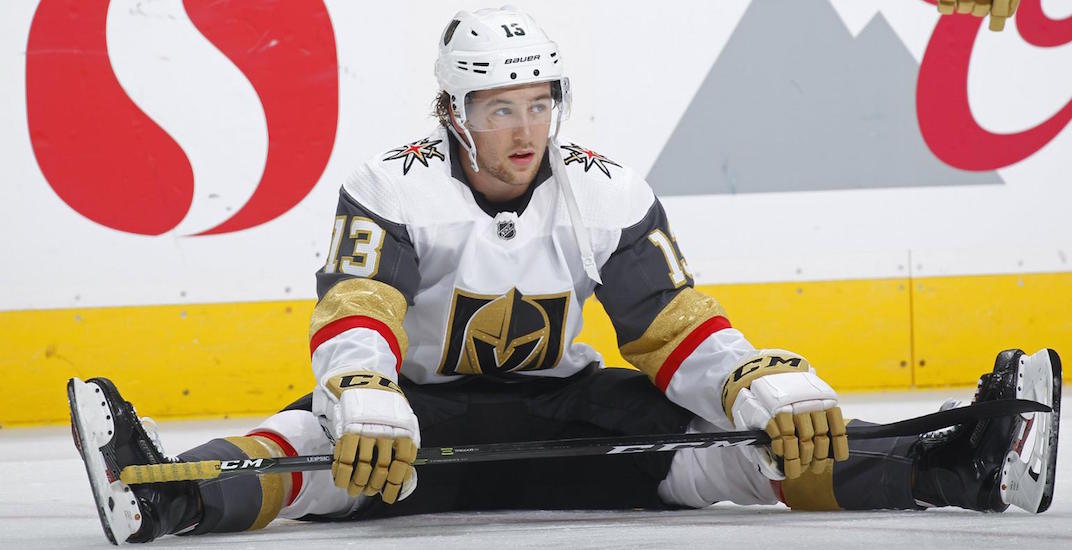 The Vancouver Canucks have made their first move of trade deadline day.

Brendan Leipsic is heading to VAN from VGK for defenseman Philip Holm. Trade call is ongoing.

Philip Holm is on his way to Las Vegas, as the 26-year-old Swedish defenceman has been traded to the Golden Knights in exchange for winger Brendan Leipsic.

Undrafted, Holm was signed as a free agent by the Canucks last summer. He failed to make the NHL club out of training camp, but impressed with the Utica Comets.

Holm has 29 points (11-18-29) in 42 AHL games. He played just one NHL game with Vancouver, ironically against Vegas two games ago.

They must have liked what they saw.

In Leipsic, the Canucks get a younger player who head coach Travis Green is familiar with.

Hearing that Travis Green pushed for Brendan Leipsic. Green had him in Portland, and he played with both Sven Baertschi and Derrick Pouliot. #Canucks

The 23-year-old was a third-round draft pick by the Nashville Predators in 2012. He was acquired by Vegas in the expansion draft from Toronto.

In 42 games with the conference-leading Golden Knights, Leipsic has 13 points (2-11-13) in 44 games. The Winnipeg native has been used sparingly this year, playing just 11:55 per game – including 55 seconds per game on the power play.

I once saw Leipsic take an unsportsmanlike conduct penalty for taking a drink out of the opposing goalie’s water bottle after a net front scrum. He was a Brad Marchand type player in junior. Super pest who could score. #Canucks

Leipsic should add some grit to the Canucks, playing an agitator role. If his scouting report from the Hockey News is accurate, he’s the type of player Vancouver is missing right now:

Is extremely industrious and excels at agitating and frustrating his opponents. Displays two-way acumen and the ability to put big numbers up in the minor leagues. Never backs down from challenges.

While he hasn’t established himself as a scorer in the NHL yet, the 5-foot-10 forward has produced everywhere else. He was a prolific scorer under Travis Green in Portland, scoring 120 points in 68 games in 2012-13. He has 159 points in 188 career games in the AHL.