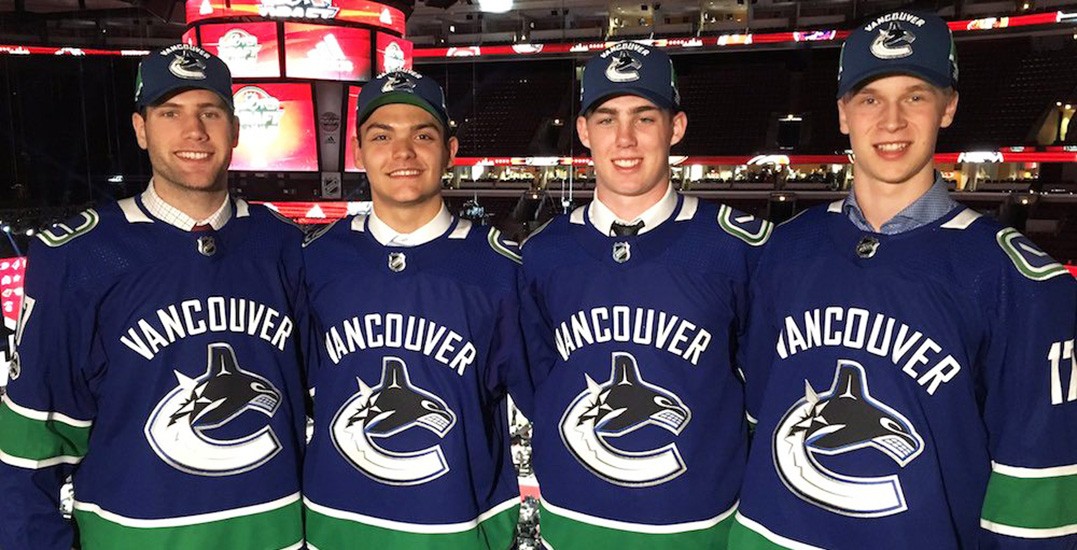 The 2019 NHL Entry Draft could be coming to Vancouver.

Reports around town today indicate that the league’s annual event, where NHL teams draft players aged 18 to 21 from around the world, will take place in the city as lead up to the Canucks’ 50th anniversary season.

“Nothing has been confirmed or announced publicly at this point,” Jeff Stipec, COO of Canucks Sports & Entertainment, told Daily Hive, confirming the club was selected as a finalist to host the draft. “It certainly would be exciting and great for Vancouver to host it here.”

Vancouver has played host to the draft twice before, in 1990 and 2006, and would be the first Canadian city to host a draft since 2009 when the Montreal Canadiens hosted it at the Bell Centre.

In 1990, the draft was held at BC Place under the marshmallow roof, though it was originally scheduled to be held at the Pacific Coliseum, Canucks’ home arena at the time, but an employees strike the day before caused the change in venue.

A day before the draft, a big trade went down between the Canucks and Florida Panthers, seeing Todd Bertuzzi going south in return for Roberto Luongo.

A Vancouver draft creates an incredibly exciting year for hockey fans in the city. Vancouver will be playing host to the 2019 World Junior Championships, which will take place from December 26, 2018 to January 5, 2019. The draft would follow in June of 2019.

Many of the players who take part in the tournament, will also be put in the spotlight as they return to the city for the draft.

The Vancouver Canucks will celebrate their 50th anniversary during the 2019 to 2020 season.