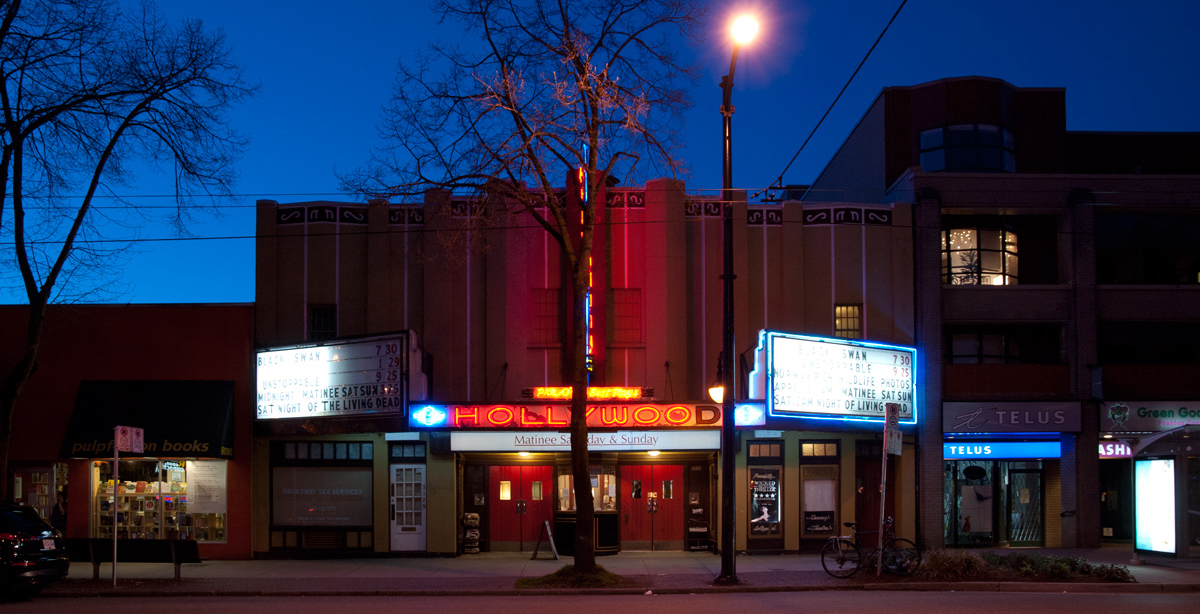 Vancouver city staff have recommended a historic West Side theatre receive a liquor licence for events when it reopens as an arts and culture venue.

The single-screen Hollywood Theatre in Kitsilano first opened in 1935, and showed first run movies such as Casablanca and Gone with the Wind during its days as a community cinema. But it closed in June 2011 after more than 75 years.

There was controversy about whether the art deco building would be demolished to make way for other developments, but its current owners plan to reopen it as an arts and culture space featuring live performances, movies, comedy, and private functions.

The business model would be similar to the Rio Theatre in East Vancouver.

The vision for the Hollywood Theatre could come closer to fruition this week, with Vancouver city council set to decide on Wednesday whether to grant the site a liquor licence. Staff have recommended the owners be granted a standard licence to serve booze until midnight on weekdays and 1 am on weekends.

The recommendation came after canvassing people in the area, with residents in favour indicating “the need for more arts and cultural spaces and community facilities in the area,” according to a city staff report.

“Respondents … were excited about the heritage theatre’s revitalization and the broader enhancement of the neighbourhood,” it continued.

The theatre originally applied for an extended liquor licence that would allow it to serve booze until 2 am on weekends. B itut amended its application to ask for standard hours after people who lived nearby expressed concerns about noise, parking, and inebriated people being a nuisance.

According to the city report, the refurbished Hollywood Theatre will hold nearly 600 people. It also has an agreement with the city to let non-profit arts and culture organizations rent the space at cost.

It’s not clear when the venue is slated to reopen. The city report did not say and Daily Hive has not yet heard back from the theatre’s operators.