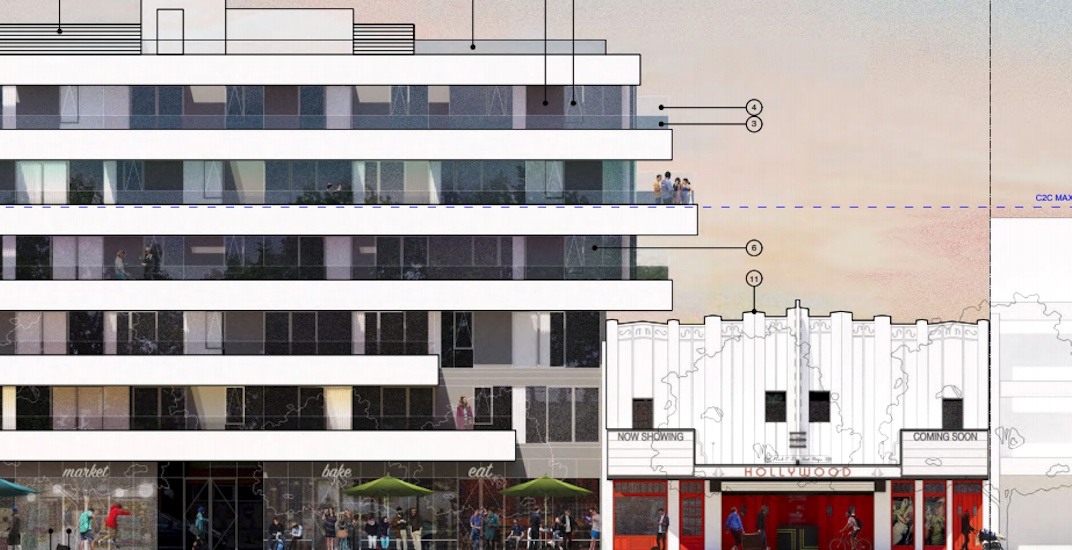 The Hollywood Theatre on West Broadway in Kitsilano has been the Vancouver Westside’s entertainment venue for more than eight decades. After much controversy over its possible demolition the past decade, it appears the art deco theatre finally has a new lease on its life.

A development application by 4184 Investments Ltd. has been submitted to the City of Vancouver to redevelop 3133 West Broadway, a property immediately west of the theatre building, into a new six-storey building with mixed-use purposes.

The new building, designed by Marianne Amodio Architecture Studio, will consist of 4,423 sq. ft. of ground-level retail and 40 market housing units in the upper floors. There will be two levels of underground parking with a total of 47 parking spaces.

The new building will have a total floor space area of 63,000 sq. ft., including the 8,000 sq. ft. theatre, which is one of Vancouver’s largest standalone theatres with 651 seats – larger than the Rio Theatre in East Vancouver.

As part of the redevelopment, the developer will restore and renovate the adjacent Hollywood Theatre into a “state-of-the-art performing arts centre dedicated to bringing the creative arts to the local community.”

It will have a similar business model as the Rio Theatre, with a focus on live performances, independent film screenings, cultural events, and non-profit and free event space.

Both Mwhinney and Hawkes are seasoned theatre building mangers and event producers.

Mwhinney is the building manager head of maintenance for both the Commodore Ballroom and Vogue Theatre downtown. Hawkes was previously a DJ, an on-air radio music programmer, involved with the Imperial Theatre’s revival, and has produced a number of events in the city. 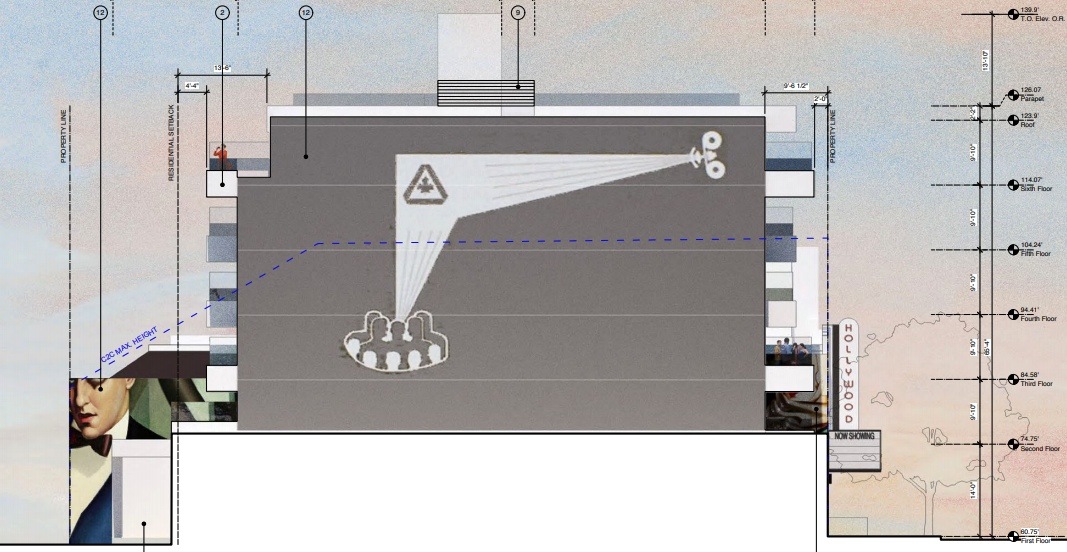 “Drawing from our past experience operating multi-use live entertainment venues in Vancouver we acknowledge that non-profit events and free events are an essential part of a healthy business, therefore these events will be part of our operational calendar.”

Attached to their plan is nearly 30 letters of support from local businesses, community organizations, event organizers, music industry representatives, and even the theatre’s past longtime owners. 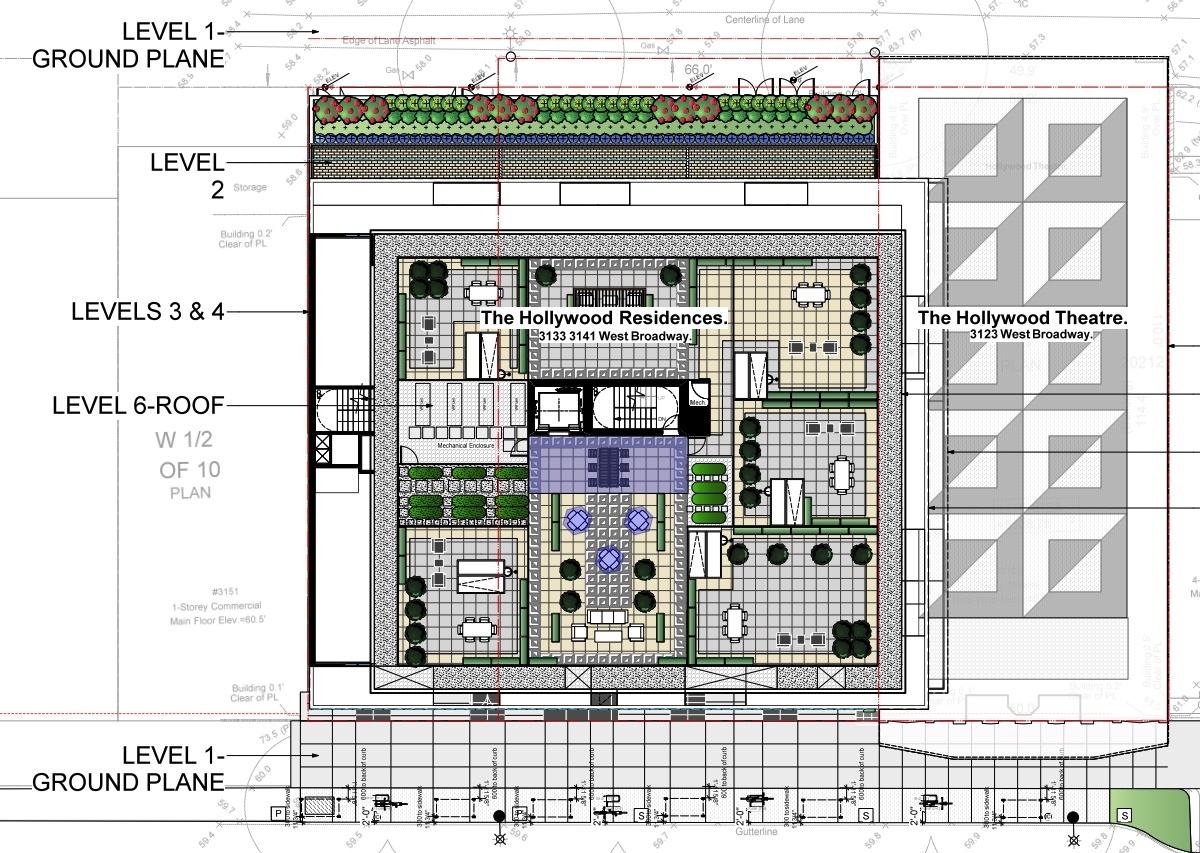 “My family built, owned and operated the Hollywood theatre since 1935,” wrote Vince Fairleigh. “Sadly we had to sell in 2011 and it has been missed a lot by our family and the community.”

“As we know it has been mostly vacant since, it’s sad to see many businesses in the area shut down and throughout Vancouver. Recently I had the pleasure to have met the proposed new Hollywood Theatre operators. It’s hard to put it into words how happy my family and I are to hear of their plans to revitalize the Theatre.”

The project will be considered by the municipal government’s Development Permit Board on May 14, and it is expected to receive approval.