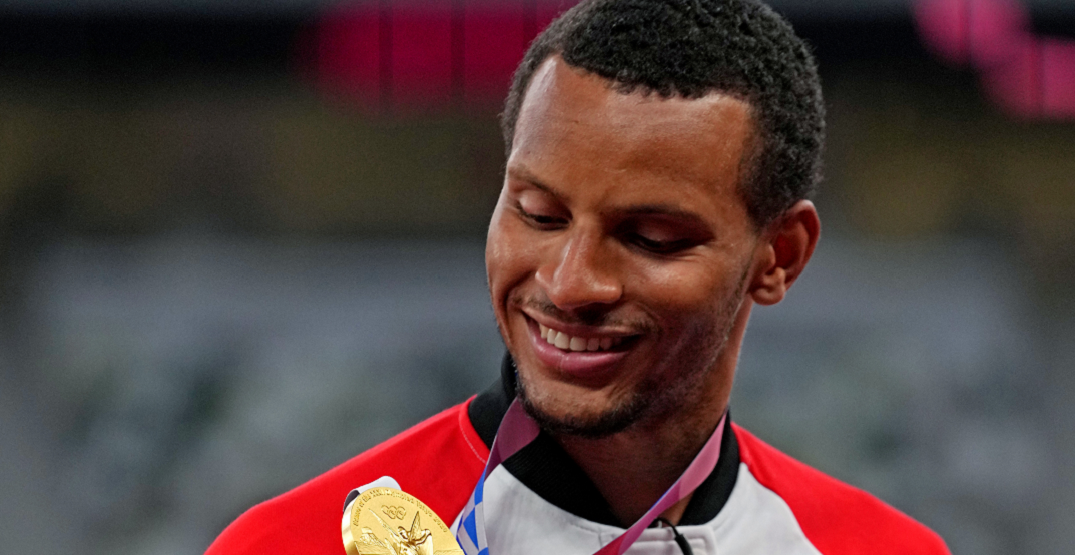 Canadian sprinter and six-time Olympic medallist Andre De Grasse is returning to action this weekend, competing in a Diamond League event on Saturday in Eugene, Oregon.

De Grasse won three medals in Tokyo: 200m gold, 100m bronze, and 4x100m relay bronze that could be upgraded to silver after a positive test by a member of team Great Britain.

Bromell was a favourite for the Olympic gold in Tokyo after winning the US Olympic Trials with a time of 9.77 seconds but failed to qualify for the final with a semifinal time of 10.00 seconds.

Canadian Gabriela DeBues-Stafford will be running in the 1500m after a fifth-place finish in Tokyo.

The women’s 100m race is also set to be one for the ages, with a possible shot at redemption for American sprinter Sha’Carri Richardson.

Richardson and her colourful red hair became an instant star and favourite for the 100m Olympic race in Tokyo after her 10.72 time at the Olympic Trials, but she was subsequently suspended for 30 days due to a positive cannabis test.

Richardson, who accepted the suspension, cited stress following her mother’s death as the reason for her cannabis use. Much of the sporting world rallied behind Richardson, railing back against a suspension for the use of a substance that has been legalized for personal use in 18 states and has no proven performance enhancement.

In the 100m race, Richardson will be going up against the Jamaican trio of Elaine Thompson-Herah, Shelly-Ann Fraser-Pryce and Shericka Jackson, who swept the podium in Tokyo.

The 100m races, and the rest of the Prefontaine Classic event, can be streamed on CBC here.