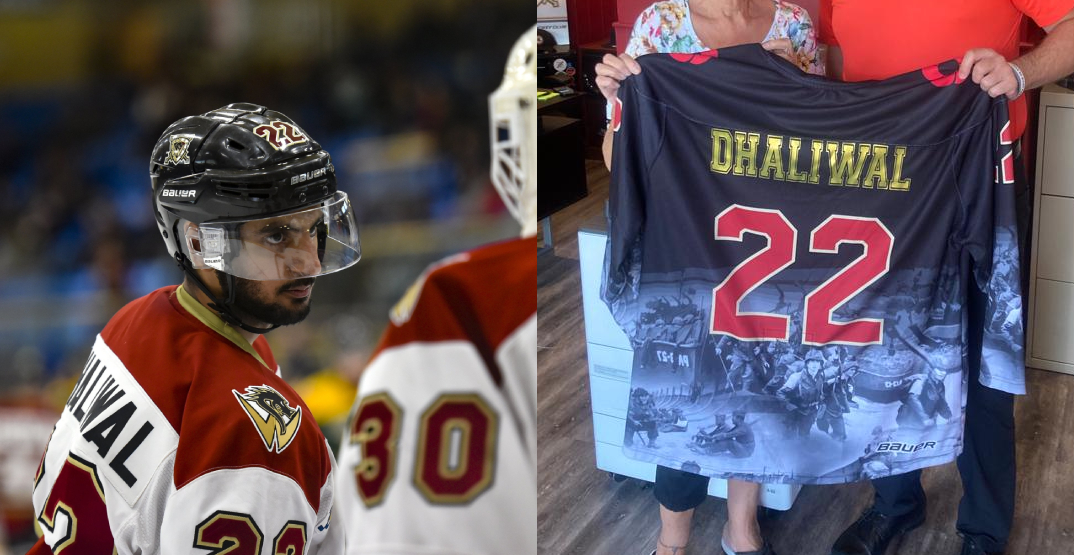 Parmjot “Parm” Singh Dhaliwal will always be remembered by his family, friends and colleagues as someone who could put a smile on anyone’s face.

Since the devastating news came out on Sunday that the young player had passed away, the BC hockey community has been left heartbroken over his death.

The West Kelowna Warriors, where Parmjot formerly played, announced over Twitter the former player died at 23 over the weekend.

Some sad news to share as former Warrior Parm Dhaliwal passed away over the weekend.

His brother described Parmjot as a spectacular person and player who was known for his encouraging spirit.

“He put a smile on everyone’s face,” his brother Gursimran Singh Dhaliwal said.

“He was a celebrity everywhere he went because he had no enemies.”

After learning to skate at a young age, his brother says his obvious talents eventually lead him to play at local leagues like the Surrey Minor Hockey Association, Burnaby Winter Club, Chilliwack Chiefs, and eventually play as a forward for the West Kelowna Warriors.

Paramjit played three seasons with the Warriors from 2016 to 2019.

As people remember Parm today, here is a great memory of him from the 2019 playoffs.

After playing with and against each other throughout minor hockey, he was reunited with Cavin Tilsley while playing for the Warriors.

“Parm brought just a sense of calmness, a sense of quiet confidence. He was always somebody that you could rely on and lean on in times of need,” Tilsley said. “His skill on the ice was absolutely incredible. That sense of calm confidence translated super well from the dressing room onto the ice in terms of making plays and being in high-pressure situations. 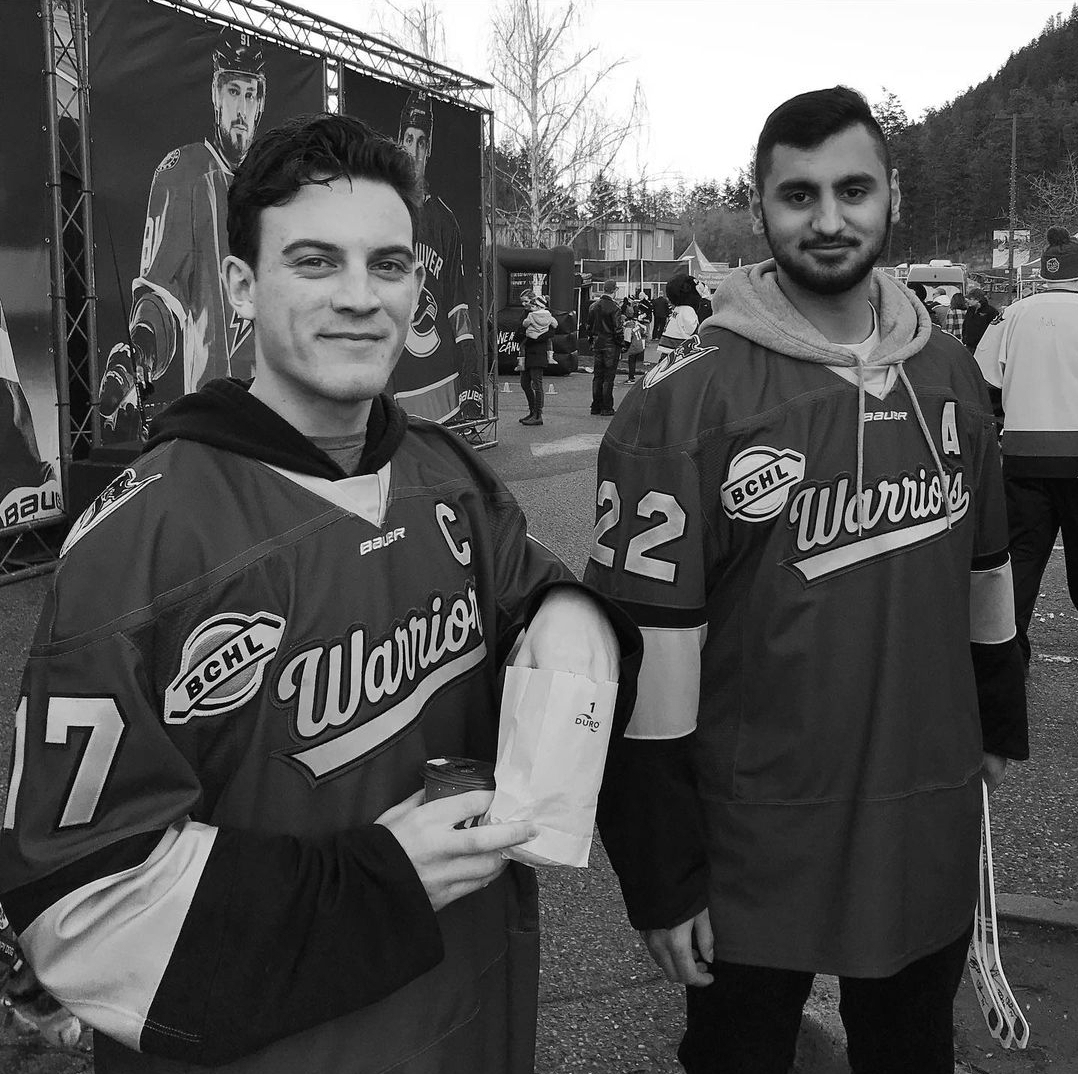 “One of my favourite things about him was that he always knew how to lighten the mood and put a smile on people’s faces when they needed it.”

Tilsley said Parmjot was not only an incredible teammate to him but also a great friend and leader.

His greatest asset was including people that did not feel at home.

“I know speaking to a lot of my teammates that came from far away; Parm was somebody that they really leaned on to just give them that sense of family.”

We lost a good one this weekend. Parm Dhaliwal you will be deeply missed. There were too many photos during your time with the @BCHLWarriors to choose from so here are some of my favorites that I took. Condolences to Parm's family, friends and teammates ❤️ #BCHL pic.twitter.com/djl7sHrZuM

Since Parmjot left the Warriors, the team has evolved significantly, with only a few staff members still working for the team. Chase Johnston is one of the lucky ones who knew the “silent leader.”

He says he was devastated the hear the news, and when the team posted the announcement online over the weekend, he says it was apparent how much of an impact Parmjot had on the community.

“I knew param had a positive impact on the community already but to see how the hockey community responded inside West Kelowna and outside of West Kelowna by opposing teams is pretty incredible,” he said.

Special thanks to longtime fan Diana Harris for dropping off her Parm Dhaliwal Remembrance Day jersey to the office today. The special jersey will be mailed out to the Dhaliwal family.❤️❤️❤️#BCHL pic.twitter.com/48YZtkOs0n

Parmjot was known as a team everyone wanted on their roster and was a player that spoke up when he needed to.

“The one thing that made him so special is that he made the players around him better. He went out of his way to help out players that needed help,” he said.

“He’s going to be remembered as the player who made the players around him … better human beings on and off.

A candlelight vigil will be held at 7 pm at Prince Charles School on Sunday.

“All members of the hockey community are welcome and encouraged to wear their hockey jerseys,” the Warriors said.

For those who can't make Parm Dhaliwal's Celebration of Life on Sunday you are also invited to a candle light vigil at Prince Charles School at 7pm. All members of the hockey community are welcome and encouraged to wear their hockey jersey. pic.twitter.com/RxfHY5I9Oi

Parmjot’s family will be hosting a celebration of life on Sunday at 10 am in Delta, at the Riverside Funeral Home. His family is also welcoming those that knew Parmjot to attend another event at noon at Dukh Nivaran Gurdward in Surrey.

For those who want to attend the Dhaliwal/Mann family invite those who were close to Parm to come by for his celebration of life scheduled for next weekend. pic.twitter.com/KX7r2Vv7zT