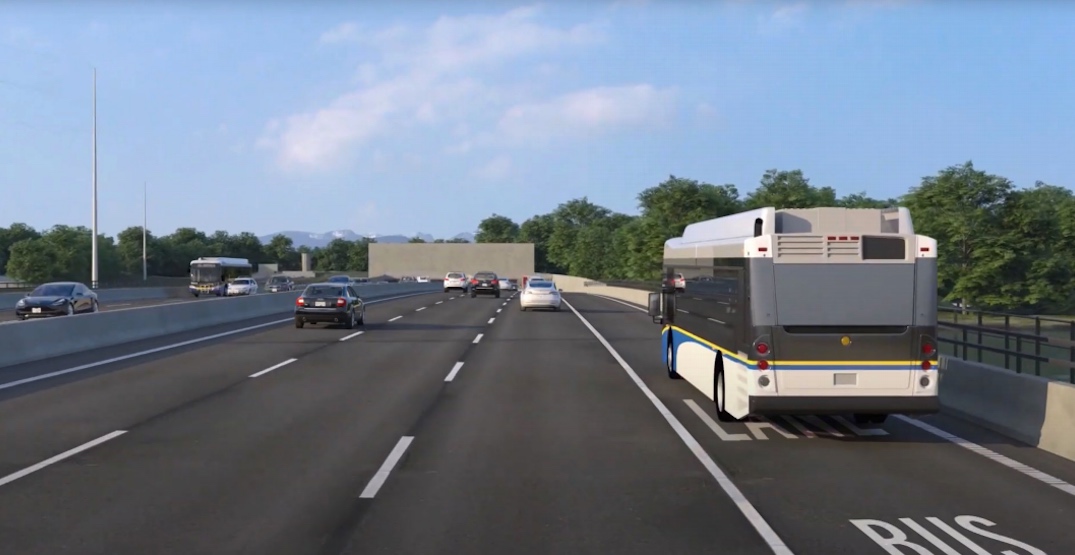 The provincial government began construction last week to convert more segments of the shoulder lanes on Highway 99 in Delta into bus-only lanes.

The bus-on-shoulder lanes will be built along the highway going southbound from Highway 17A — south of the George Massey Tunnel — to the Ladner Trunk Road off-ramp and northbound from Ladner Trunk Road to the existing start of the high-occupancy vehicle lane. Work on both directions combined will establish about seven kilometres of additional bus-on-shoulder lanes on Highway 99.

Construction is expected to reach completion in 2023.

Additionally, early this year, construction will also begin on a new surface bus-only road connection — southbound from Bridgeport Road to Highway 99, in the area at the southern end of the Oak Street Bridge in Richmond. This will improve access for buses travelling from SkyTrain Canada Line’s Bridgeport Station to the highway. Improvements will also be made to establish a pedestrian and cycling multi-use pathway from the Oak Street Bridge to Richmond, but it would necessitate a traffic-signal controlled crossing for the new bus lane.

Currently, the provincial government is conducting a bidding process for a contractor for the overhaul of Highway 99’s Steveston interchange on the Richmond side of the tunnel, which would replace the existing two-lane overpass with a new five-lane overpass. A contractor will be selected over the coming months, and then construction will begin in Summer 2022 for completion in 2025.