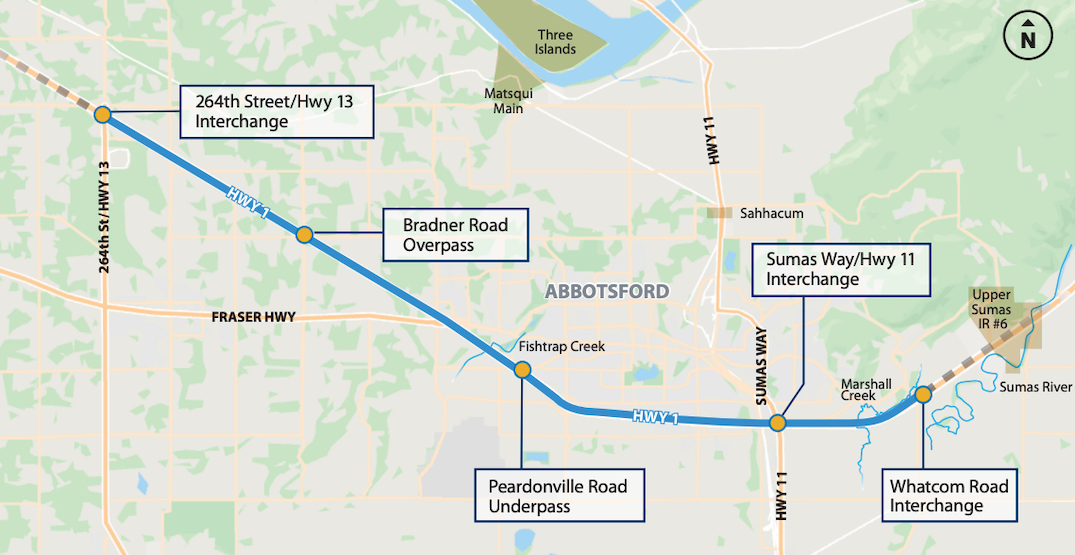 The 22-km-long segment of the Fraser Valley Highway 1 Corridor Improvement Program from 264th Street in Langley to Whatcom Road in Abbotsford. (Government of BC)

The long-envisioned widening and upgrade of the Trans Canada Highway reaching Whatcom Road in Abbotsford has reached a new stage of planning.

Since the completion of the Gateway Project, upgrades to the highway corridor have progressively moved eastward. A three-lane standard with an additional HOV lane in each direction and interchange improvements were completed in 2020 on the four-km-long stretch from 200th Street to 216th Street. Construction is also set to begin on the $236-million, 10-km-long stretch from 216th Street to 264th Street in early 2022 for completion in 2025.

The final stretch between 264th Street in Langley Township to Whatcom Road in Abbotsford will be the longest at 22 km. The provincial government is currently conducting public consultation on this segment, formally called the Fraser Valley Highway 1 Corridor Improvement Program.

The goal is to complete at least a substantial portion of this highway upgrade reaching Whatcom Road by 2026, which is one of the platform commitments made by the BC NDP in the Fall 2020 provincial election campaign. 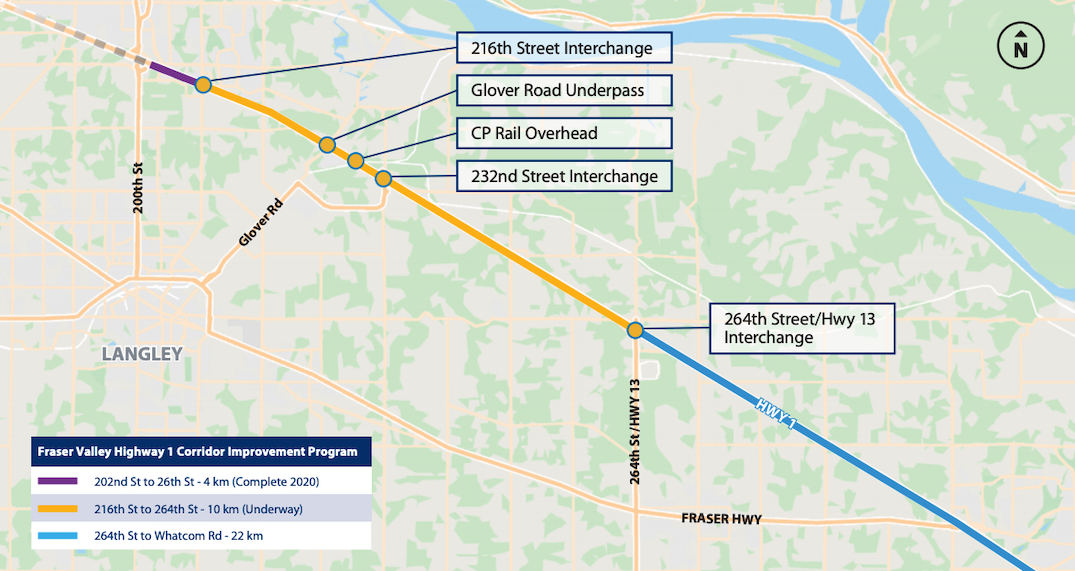 Phased projects on the Highway 1 corridor from Langley to Abbotsford. (Government of BC)

This project consists of extending the continuous three-lane standard with an HOV lane in each direction, reconfiguring or replacing the interchanges at 264th Street, Highway 11, and Whatcom Road, improving the underpasses at Peardonville Road and Bradner Road, and upgrading truck climbing lanes, staging, and parking areas.

Other project features could potentially entail additional bus loops, transit stops, park-and-ride facilities, and dedicated bus lanes on the shoulder lanes similar to Highway 99 in Richmond and Delta, as well as improved north-south pedestrian and cycling connections at the interchanges.

“We recognize the importance of Highway 1 to our regional, provincial and national economy, as well as to the quality of life for Fraser Valley residents,” said Rob Fleming, Minister of Transportation and Infrastructure, in a statement.

“Upgrades to the highway between Langley and Abbotsford will keep goods moving smoothly, while making it faster and easier for people to get to and from work so they can spend more time with their families.”

According to the provincial government, these improvements to the Lower Mainland’s principle arterial transportation corridor reaching Whatcom Road are necessary to account for the Fraser Valley’s growing population, rising goods movement needs, and congestion. 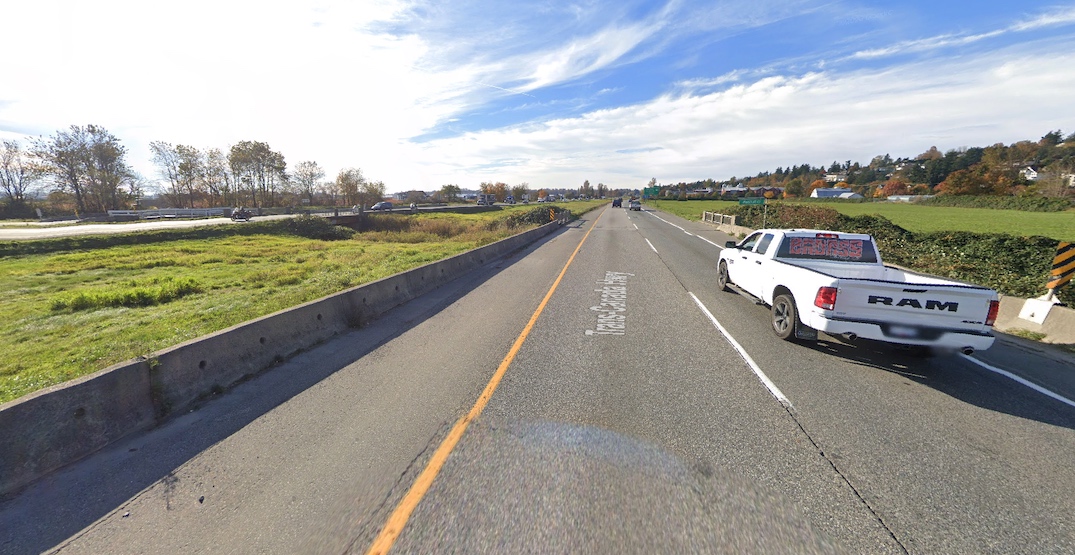 Over 80,000 vehicles currently use Highway 1 daily between Langley and Abbotsford, and traffic volumes have increased by 11% over the past five years alone.

This segment of the highway also sees collisions at rates up to 10% higher than the provincial average for similar roadways, with collision rates highest at the interchanges between 264th Street and Whatcom Road.

“Parts of the network are operating at capacity. High traffic volumes along the corridor result in operating speeds as low as 20 km/hr during peak periods, resulting in increased air pollution and reduced economic opportunity and quality of life,” states a Ministry backgrounder.

“That’s why we are proposing a cost-efficient plan to expand the highway, adding capacity while helping to facilitate multi-modal travel options.”

The provincial government’s online survey on the Highway 1 upgrades from 264th Street to Whatcom Road is open until July 6, 2021. Project plans will be finalized as early as 2022, and preliminary estimates peg the construction cost at over $1 billion.

Separately, the provincial government is also conducting a study on the feasibility of commuter rail service between Metro Vancouver and the Fraser Valley, with the analysis integrated with land use and housing supply considerations.

Additionally, TransLink is in the process of transferring the $3.1-billion Surrey-Langley SkyTrain extension project to the jurisdiction of the provincial government. During the last provincial election, the BC NDP committed to taking over the project to expedite the project’s implementation in a single phase.