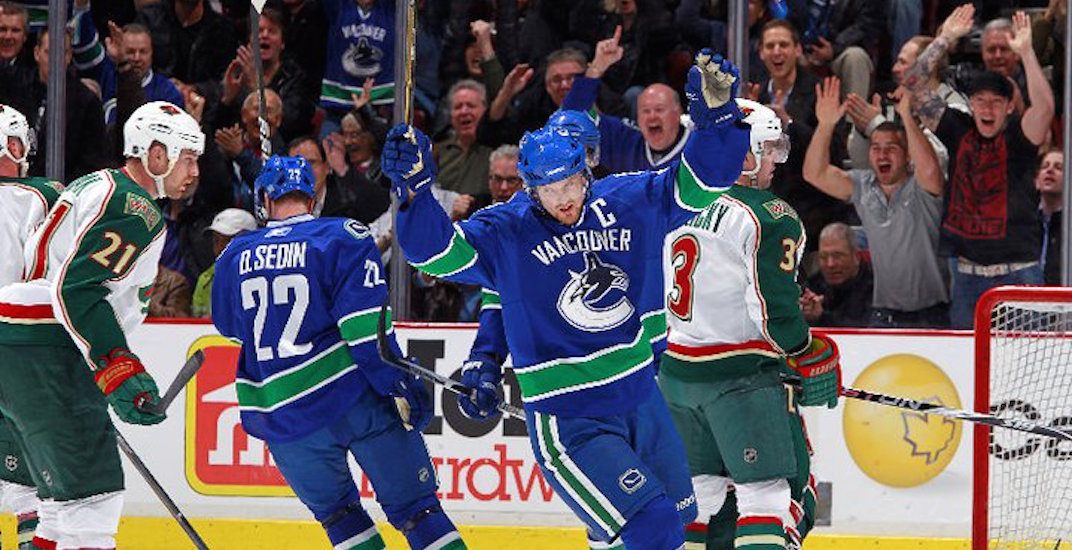 The National Hockey League (NHL) has just announced the list of nominees for the 2017-2018 King Clancy Memorial Trophy.

The award, which was originally presented in 1988 to honour the former player, referee, coach, and manager, Frank “King” Clancy, is awarded to “the player who best exemplifies leadership qualities on and off the ice and has made a noteworthy humanitarian contribution in his community.”

Following Henrik and Daniel Sedin’s storybook ending to their final season and years of dedicated service to Vancouver, it’s no surprise that they make the nominees list for the 2017-2018 season.

You could watch this all night long. From the OT winner to the final farewell. Tonight was a good night. #ThankYouSedins pic.twitter.com/IRA8wSEeUm

It wouldn’t be the final game for the Sedins without their family. #ThankYouSedins pic.twitter.com/Xv2dDnglVF

Henrik and Daniel join a list of 30 other candidates from across the league, all nominated for their:

The winner will receive a $40,000 donation from the National Hockey League Foundation that will go towards any charities of their choice. The runner-ups will also receive a similar donation of $5,000.

The last time a Vancouver Canuck won the award was after the 2015-2016 season when Henrik Sedin was recognized for the charity work done by him and his brother. Henrik and Daniel donated $1.5 million to the BC Children’s Hospital in 2010. In 2014, the duo founded the Sedin Family Foundation and in 2015 announced that they’d be funding “Clubhouse 36” – an after-school program for students in a nearby city. They follow the footsteps of Trevor Linden, the only other King Clancy winner in Canuck history, who won the award after the 1996-1997 campaign.

Finalists for the King Clancy Memorial Trophy will be announced on Monday, April 30, with the winner being revealed at the NHL Awards Ceremony on Wednesday, June 20.