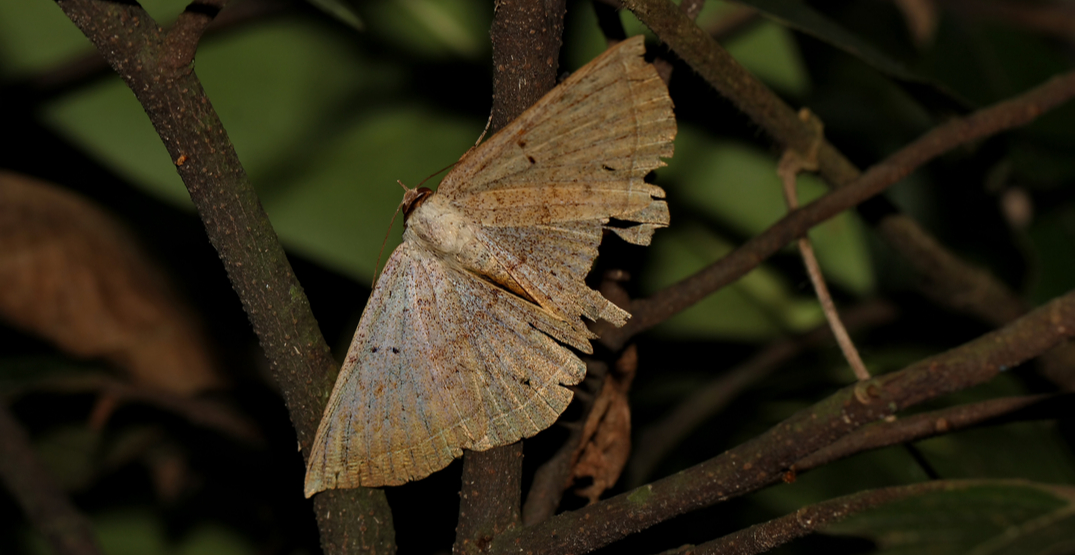 If you’ve been noticing a surplus of hoards of moths around Metro Vancouver, you’re not alone.

The winged insects seem to be everywhere as of late, with countless residents taking notice of them on social media.

The district addressed the issue in late August, saying that they had received inquiries from the community about the potential impact they could have on the region.

Outbreaks can last anywhere between three to four years and Vancouver is currently in year two.

I, for one, welcome our new insect overlords pic.twitter.com/UhzgZZgzIh

So people in Vancouver keep talking about moths? And I see why. Every window has them. pic.twitter.com/4WAZNKrrOI

Is this one of those loopy, #looper #moths? Wish I had a bit of tasty 🌲 to offer it. Think it just wants a nap tho. #Vancouver pic.twitter.com/aLjgsj12TZ

“While outbreaks are not uncommon and populations build every 11 to 15 years in our region, the moth populations could diminish next year or we may see another year of defoliation next summer,” says the district.

“This depends on weather and other environmental factors.”

Unfortunately, there’s not much that can be done to handle the current number of moths, and the DNV says that “it’s best to let the outbreak naturally run its course.”

And while they feed on trees such as the Western Hemlock, Douglas fir, and Spruce, the process is actually “an important component of ecosystem dynamics.”

The killing or removal of susceptible trees allows for younger trees to grow and for nutrients to recycle.

The DNV says that once the outbreak is over, forested areas will also be assessed to determine the severity and any resulting damage. Some concerns brought up by residents include the impact on forest health, increased wildfire risk, and potential for dead trees to fall over.

“We do ask that you have patience while the outbreak completes its natural cycle and see whether defoliated trees recover their health,” says the district.