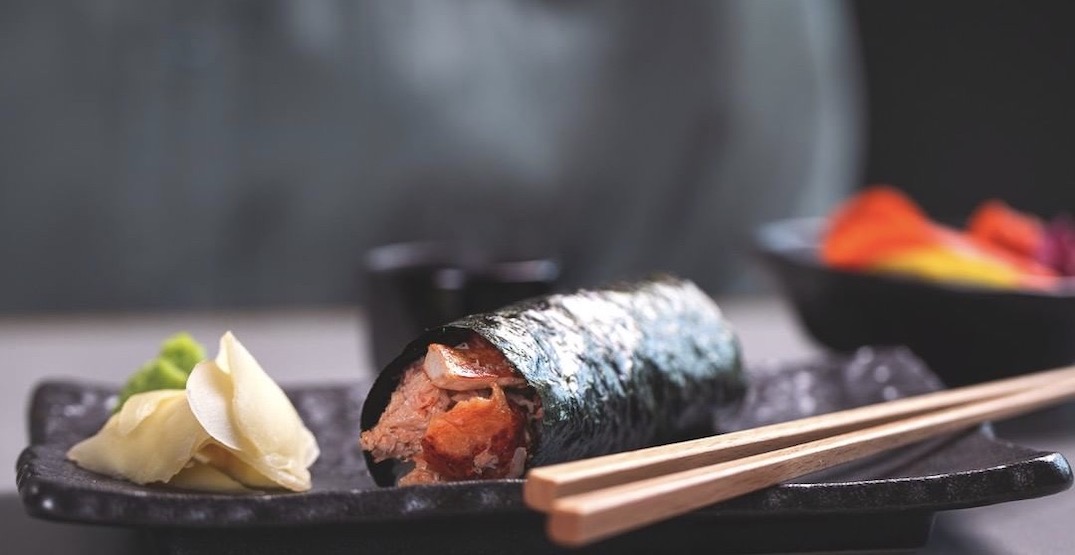 Editorial Note February 2, 2021: Due to construction Hello Nori’s opening date has been pushed from February 8 to February 15.

Back in October, Daily Hive chatted with the team to learn more about what we can expect from it.

The space itself is 1,500 sq ft and is slated to feature seats for 24 as well as a U-shaped bar with additional seating where patrons can enjoy several varieties of warm and crispy hand rolls made right before their eyes.

Hello Nori describes this interior design as “a mix of wabi-sabi and Western modernism,” taking style notes and inspiration from Vancouver’s landscape and modern architecture.

The eatery will feature a mix of raw materials such as wood, metal, and concrete. The space was created by Vancouver-based Concrete Cashmere Designs.

Eats like Hokkaido scallop, toro, yellowtail, and truffle lobster will be featured in the rolls, and they’ll be available à la carte or as part of set menus of four, five, and six rolls.

This brand already has plans for more locations in BC.

The concept is looking forward to opening in West Vancouver at Park Royal and in Burnaby’s Brentwood neighbourhood as well. Construction of those eateries will begin this year.

Hello Nori on Robson Street is set to open on February 15.