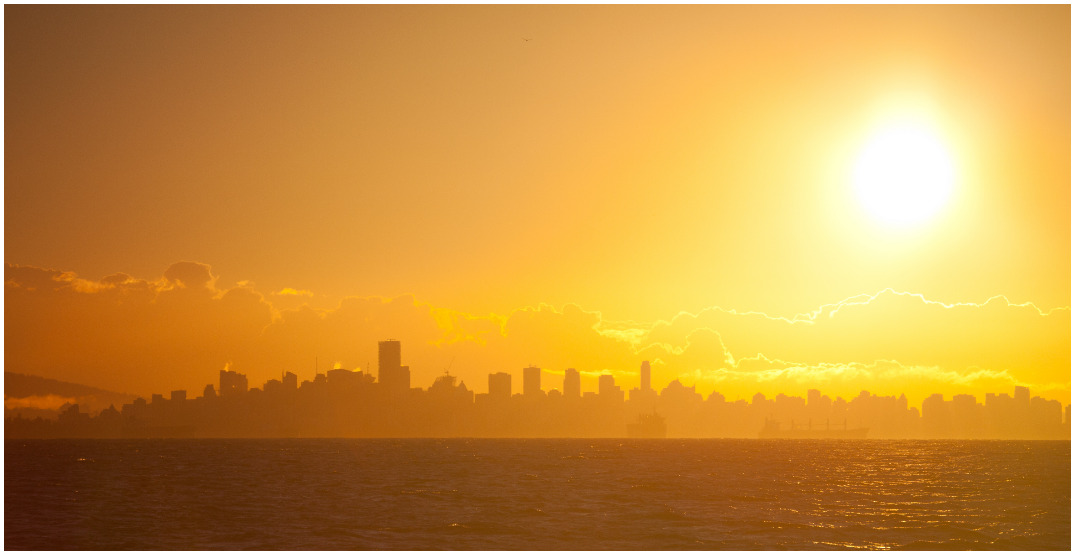 A significant heat wave is expected to hit Metro Vancouver and the Fraser Valley starting today.

A heat warning, issued by Environment Canada, is in effect for the following areas:

The increase in temperature is due to a strong ridge of high pressure. It’s expected to last from Wednesday until Sunday morning, with the hottest days of the stretch being Thursday and Friday.

“The duration of this heat wave is expected to last at least three days and little relief is expected at night with elevated overnight temperatures,” Environment Canada warns. “These hotter than normal temperatures will increase the potential for heat-related illnesses.”

In Metro Vancouver, daytime temperatures are expected to reach anywhere from 29°C to 38°C, although it could feel even warmer due to humidity. Overnight lows are expected to be between 16°C and 20°C.

Individuals affected by the heat are reminded to drink plenty of water, even before they feel thirsty. Be sure to check on vulnerable populations, including older family, friends, and neighbours.