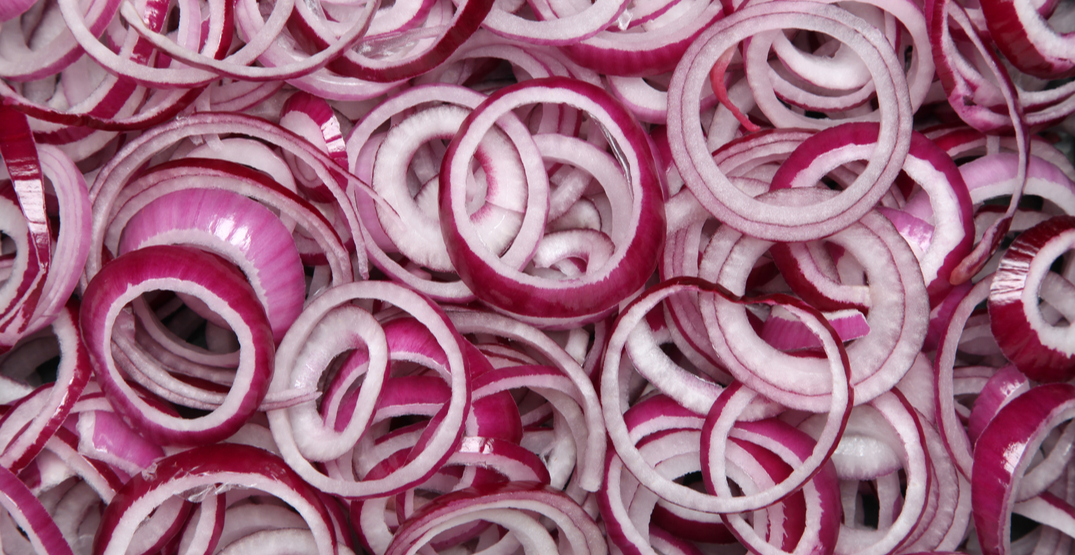 Health Canada has issued a recall on some red onions imported from the US due to Salmonella.

Sysco is recalling red onions imported from the USA from the marketplace due to possible Salmonella contamination.

The following products have been sold in British Columbia, Alberta, Manitoba, Saskatchewan and North Western Ontario.

People should not consume the recalled products or any foods containing them.

“Sysco is recalling red onions in Western Canada through the following Sysco locations: Victoria, Vancouver, Kelowna, Calgary, Edmonton, Winnipeg and Regina. The Canadian Food Inspection Agency (CFIA) will continue its investigation into other possible importers and additional recalls may follow.”

“Food service establishments, institutions, retailers, distributors and manufacturers should not serve, use, or sell the recalled products described below. These may also have been purchased from Sysco on-line or through various restaurant locations.”