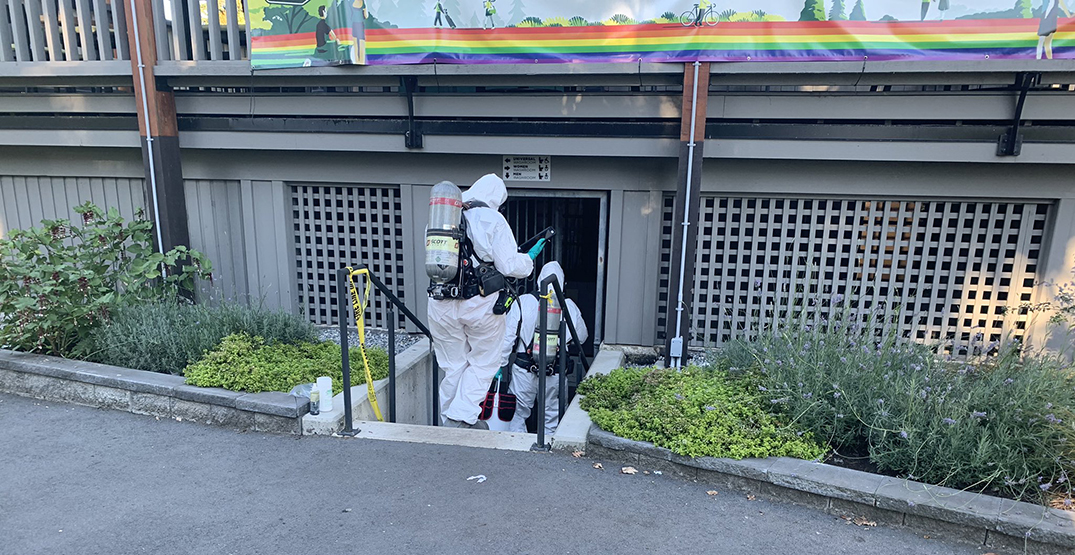 The neurotoxin is hazardous to human health, and can cause vision problems, impaired speech, muscle weakness, loss of coordination, and a “pins and needles” feeling if inhaled or absorbed through the eyes, according to the US Centre for Disease Control.

Mercury used to be used in thermometers because is expands and contracts quickly when the temperature changes.

According to a tweet from Vancouver Fire Rescue, the spill occurred somewhere in the 8900 block of Stanley Park Drive, near Stanley Park Brewing.

The fire service reminded the public to not touch mercury if they find it spilled.

This is the second time this week fire crews have had to clean up spilled mercury in the park. On September 27, someone noticed it had been spilled inside a public washroom in the park.

It’s not known how the mercury got there, or if it was done on purpose.