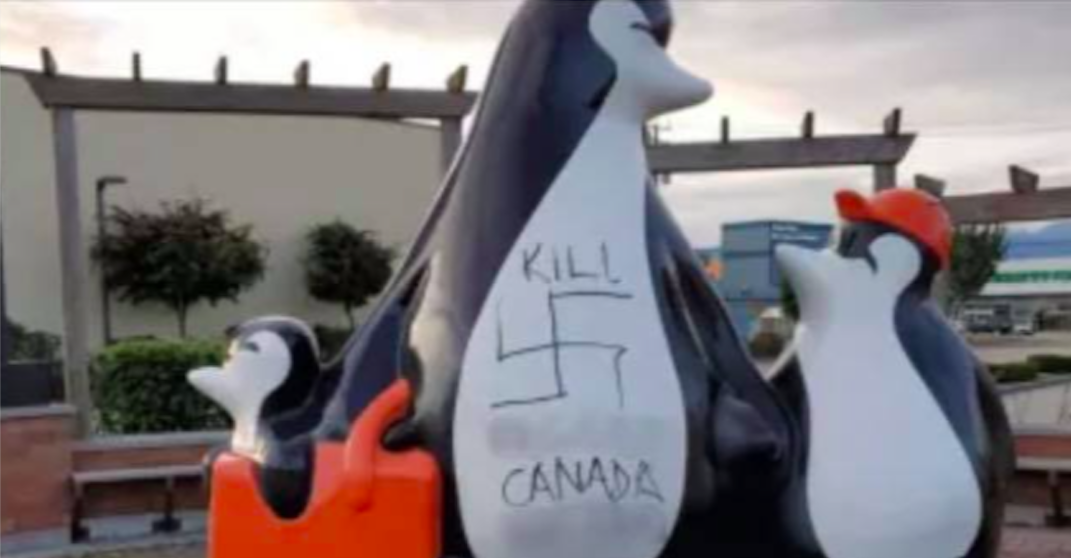 After graffiti described as racist and homophobic appeared on a structure in his city’s downtown core this week, Maple Ridge Mayor Mike Morden said the city is “is aware and has been actively working on catching criminal acts of graffiti” around the area.

On Facebook, Morden states that “as the public know, certainly our downtown regular visitors know as well, we along with many communities, have been plagued with racist and hateful words, and targeted comments towards the police.”

This, he said, “is unacceptable and our expectation is those doing this face consequences.”

Morden added that he “can report the Police and our CSO section have been actively working on this file for some time.”

The mayor also took the opportunity to thank “those who quietly do their part to clean up, particularly our downtown BIA, and to Ryan Svendsen, Maple Ridge Councillor and Councillor Chelsa Meadus for taking the time to clean up the offensive mess.”

Going forward, he said, “let’s all do our part to report crime and keep our city beautiful.”