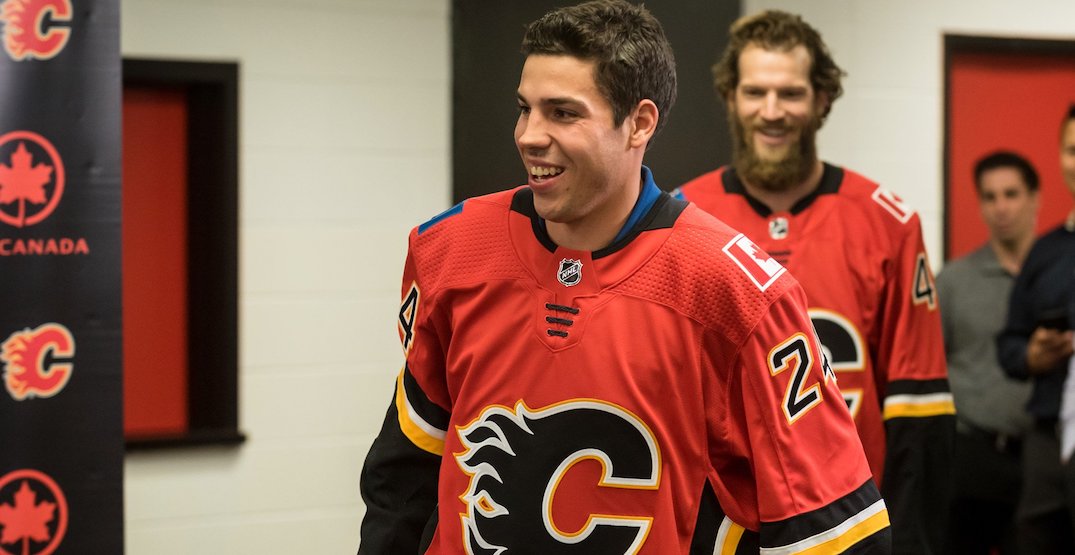 On the eve of the start of training camp, it appears the Vancouver Canucks will have an unannounced newcomer in attendance.

Travis Hamonic, who was not among the 41 players the Canucks listed on their training camp roster on Wednesday, appears set to be joining the team on a professional tryout (PTO).

The move is being reported by both Sportsnet’s Elliotte Friedman and TSN 1040’s Rick Dhaliwal this evening.

Certainly will be more detail in morning, but there are rumblings Travis Hamonic will go to VAN on a PTO. GM Jim Benning and coach Travis Green are scheduled to speak on Sunday.

Let’s see how the cap situation plays out.

The Canucks were interested in Hamonic at the start of free agency in October, and were reportedly in the running to get him on a one-year contract last month.

Hamonic would fit a huge need for the Canucks, as a right-shot defenceman who can play in a top-four role, as he has done for the Calgary Flames for the past three seasons. The 6-foot-2, 205-pound blueliner would also add toughness, as well as reliable penalty killer.

The 30-year-old put up a career-high 33 points with the New York Islanders in 2014-15. Before being traded to Calgary in 2017, he was reportedly only interested in playing in Western Canada.

The Canucks are currently $1.5 million over the salary cap, according to CapFriendly.com. But if Micheal Ferland begins the season on long term injury reserve (LTIR) as expected, the Canucks would get relief on his $3.5 million salary.

This could be similar situation to Mike Hoffman, who the St. Louis Blues added on a PTO last week despite being $3 million over the salary cap. The Blues are expected to have cap space to sign him after they put Vladimir Tarasenko and Alex Steen on LTIR.