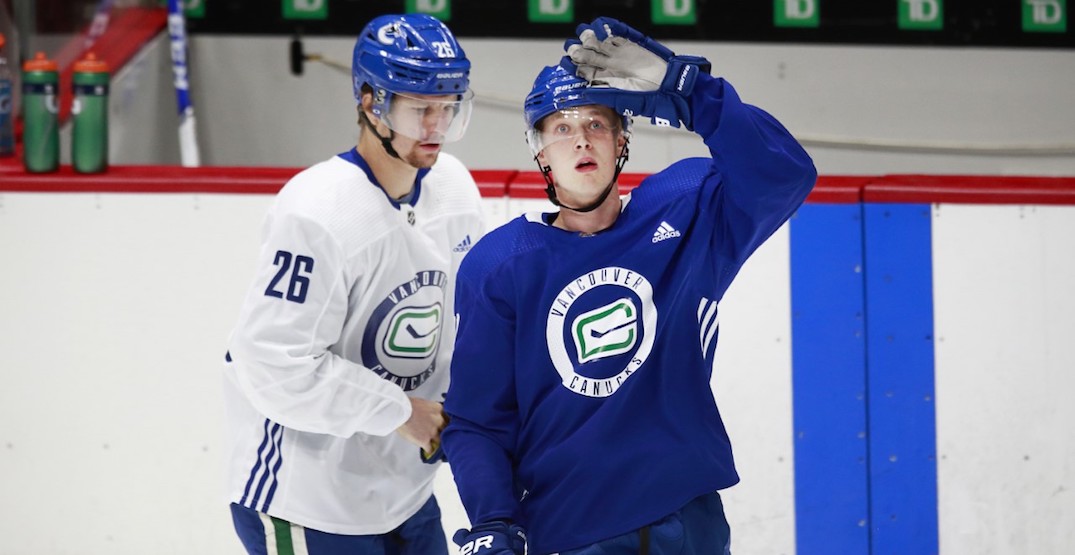 Training camp begins this weekend as the Vancouver Canucks prepare for what is sure to be a memorable 2020-21 season.

While on-ice sessions won’t be open to the public, for the first time since before entry into the Edmonton bubble, Canucks practices will be open to the media to attend, with strict medical protocols in place and interviews conducted on Zoom.

A total 41 players (23 forwards, 14 defencemen, and four goalies) were named to the Canucks’ training camp roster. Sven Baertschi will participate, after opting out of the playoffs last summer. Micheal Ferland is on the roster too, although he may not be able to participate due to head injuries sustained last season.

Some notable youngsters that will attend camp include Nils Hoglander, Jack Rathbone, Will Lockwood, and Marc Michaelis. Vasily Podkolzin will not attend, as he is still under contract with his KHL team until the end of the season. 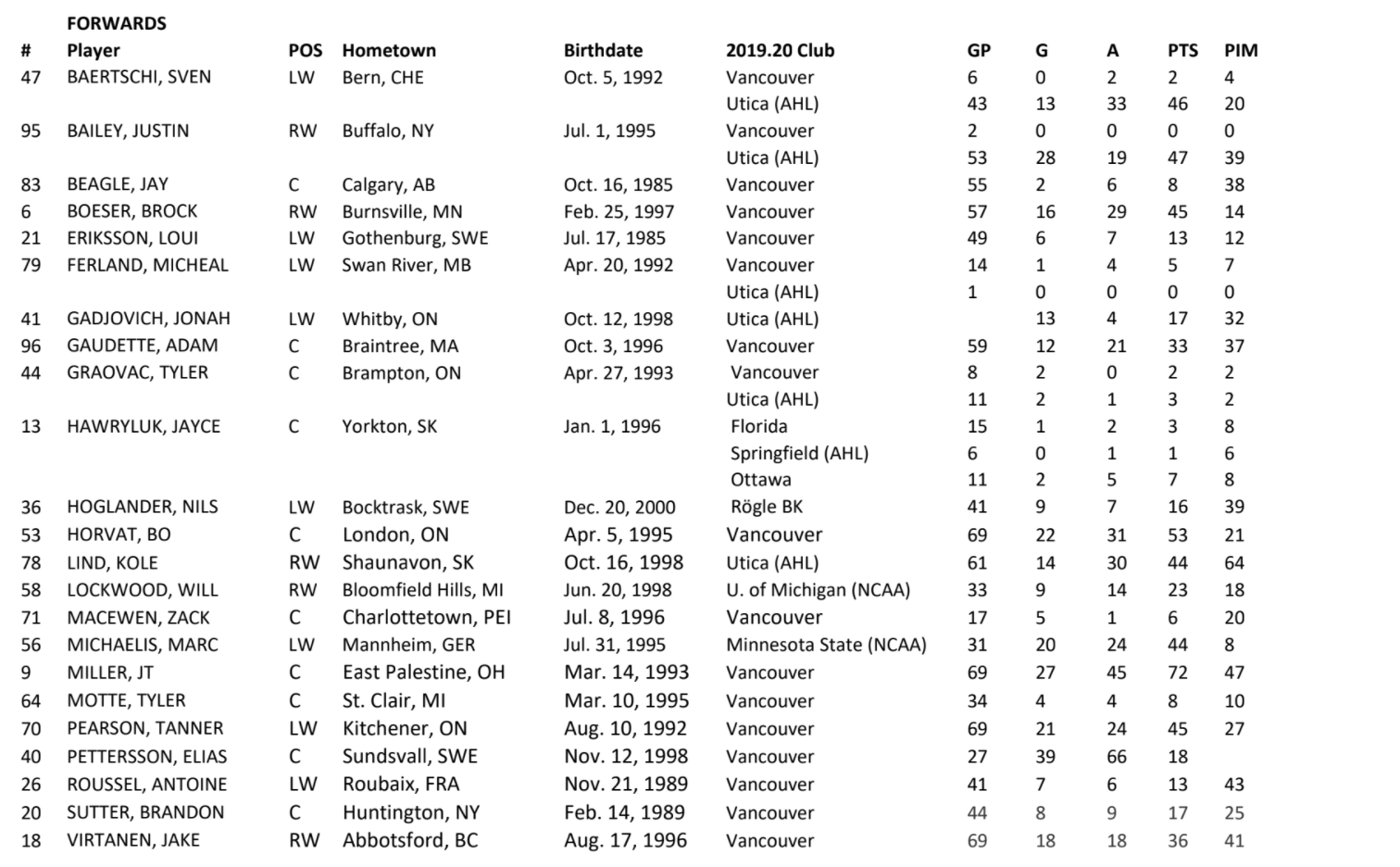 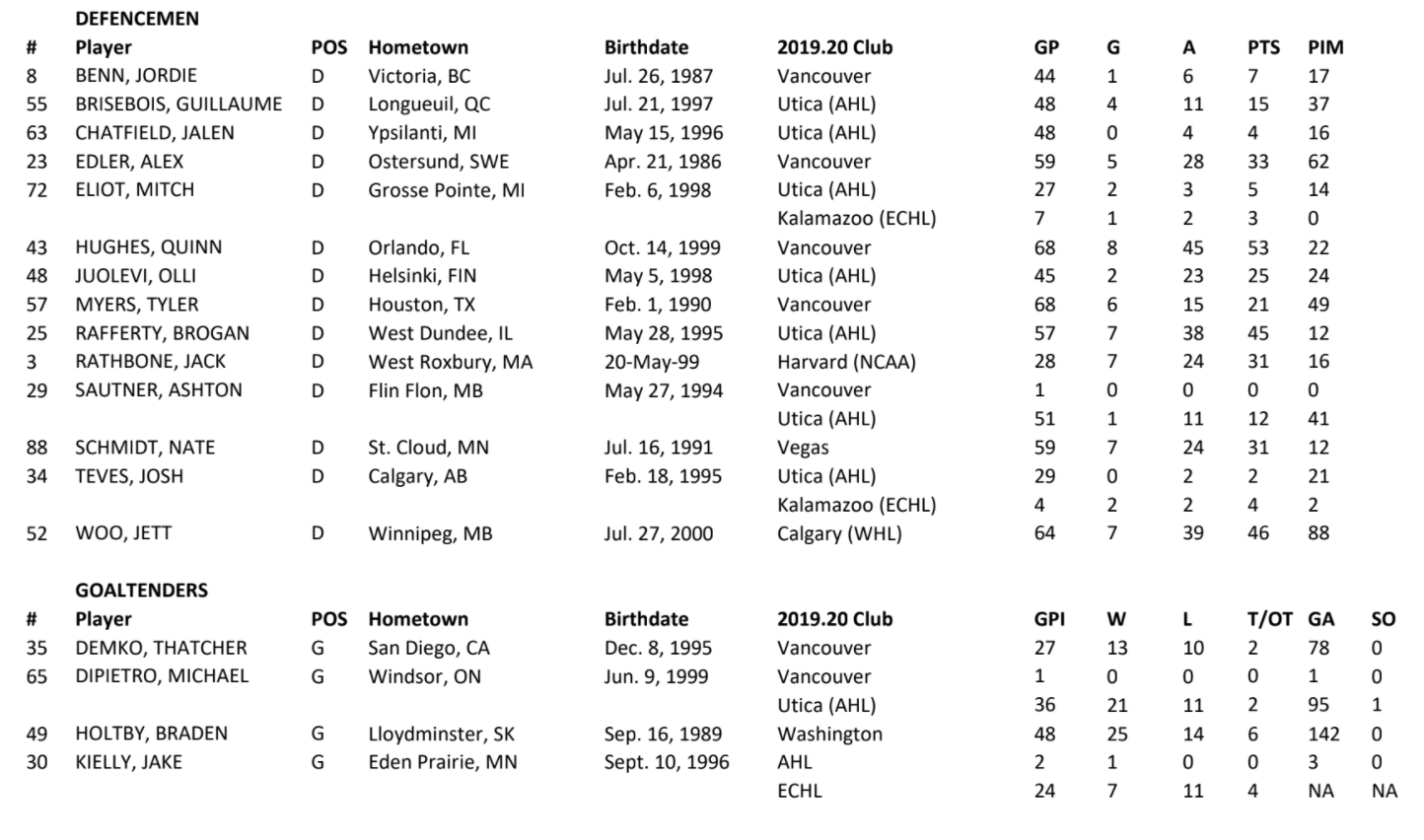 NHL teams will each play a 56-game schedule this season, with the Canucks competing in the newly formed, all-Canadian North Division. Their season opener is on January 13 in Edmonton.