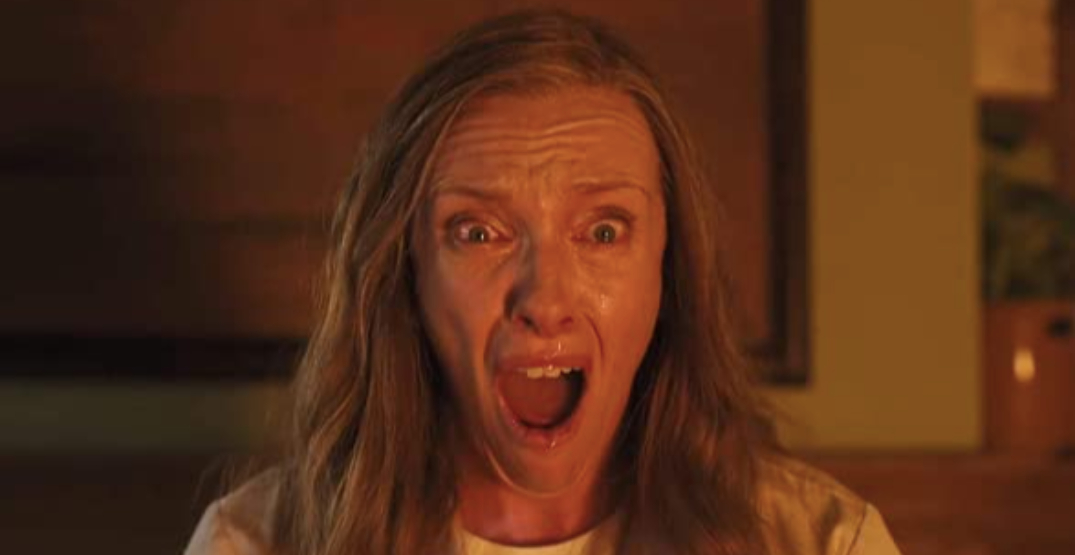 October is the perfect time to dive into a scary Halloween movie or two (and then immediately regret doing so).

As All Hallows’ Eve creeps closer, it might be time to get into the spooky Halloween spirit by watching a movie that will help you NOT sleep at night.

Whether that is Regan MacNeil’s head turning around backwards in The Exorcist all the way back in 1973 (still horrifying) or Charlie appearing in the corner of Peter’s bedroom in the middle of the night in Hereditary (make it stop!), these movies should NOT be watched alone.

And if you want to keep the fright fest going, we’ve also put together a list of the scariest foreign films worth checking out to make sure you have the whole Halloween movie thing down pat.

The film follows a grieving family who is haunted by tragic and disturbing occurrences. Every shot of this movie is perfectly executed, it just looks scary. The music is spine-chilling, the acting is enticing, and honestly, it’s just too much.

Call it “desktop horror” or “digital scary,” Host may be a bit of an unknown but it is seriously frightening.

The film follows six friends who hire a medium to host a séance over Zoom and things quickly go wrong.

Sure, it doesn’t sound like a great idea but this flick features both jump scares and psychological scares that make diving into this 2012 horror film a great idea.

Ari Aster delivered another horror knockout film in 2019 with this seemingly cheery and colourfully toned film.

The Conjuring is truly scary, mostly because it’s based on true events. There’s a haunted house (guys stop going to these!), demons, and an exorcism.

A doll possessed by a serial killer, what more do you want for a Halloween movie?

There are half a dozen other Paranormal Activity films but this is the only one you really need to see.

Speaking of Stephen King, the remake of It from 1990 is a frightening ride. Pennywise is a clown who preys on kids in a small Maine town and boy oh boy is this one horrifying.

The movie was made nearly 20 years ago and it stands up remarkably well (literally unlike the crawling Samara).

Mia Farrow stars as Rosemary in this disturbing allegory for childbearing gone wrong. There’s a demonic and supernatural being that fuses with the everyday realism of having a baby which makes this movie so scary, even over 50 years later.