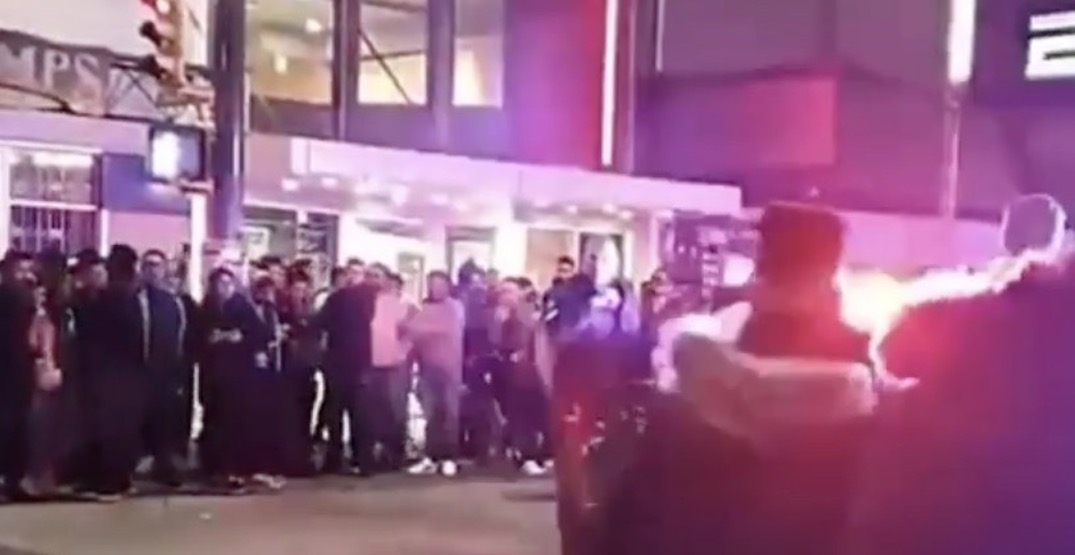 A Vancouver bar operator has taken to Twitter to address the massive crowd of partiers that were hanging out on Granville Street on Halloween Night.

Don Falconer, the operator of the Hotel Belmont bar, spoke out on social media Sunday night, calling the actions of the crowds of people near the downtown business Saturday night “extremely disappointing.”

As a business operator on Granville St, one of the many who are trying to survive financially and provide a safe and regulated environment for people to enjoy dinner and drinks, the actions of the crowds last night were extremely disappointing.

I of course want people to still come to the “entertainment district” and be able to have a good time. But what I saw last night was disheartening to say the least. There’s a safe way to do things – the crowd last night was not interested in safety for themselves or anyone else.

Falconer also expressed his concern with the large crowds leading to closures for more businesses and “perhaps further lockdowns.”

Falconer went on to call the actions of partiers “disheartening” and “just plain selfish.”

“We are disappointed that party goers did not listen to the advice of our Public Health Officer and chose to gather in large crowds along the Granville Mall,” he stated.