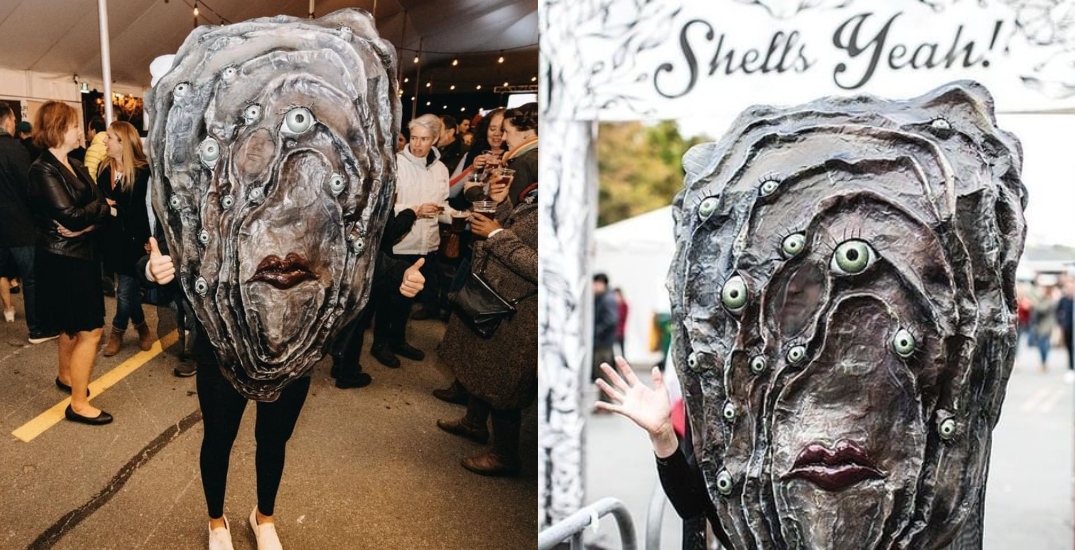 A mascot is doing its job when it symbolizes an event or organization — even when it’s downright terrifying.

Entering its 5th edition in September, the Halifax Oyster Festival is an all-you-can-sample raw bar over the course of three tasting days in the fall, highlighting the best in Nova Scotian and Maritime oyster farming.

It also has a mascot that looks right out of a Stranger Things season.

Twitter user @alangdon17 shared a 2019 picture of the mascot and it’s terrifying as shell. Since being shared on Sunday morning, the tweet has garnered over 150,000 likes and almost 3,000 replies.

Aw shucks, here are some of the best reactions to the oyster mascot:

this is the mascot for the Halifax Oyster Festival and i’m absolutely terrified of it. pic.twitter.com/bBdMyBW3H6

“BE NOT AFRAID. ENJOY THE FESTIVITIES, HUMAN.” pic.twitter.com/VKbZFBaZTd

You have shown me the stuff nightmares are made of..

I cannot stop staring at it..

Are you sure you aren’t an evil character on power rangers?

I was trying to figure out where the eye holes were and then I saw it. 💀 pic.twitter.com/KW2Xv2O4p9

As reassuring as something out of Pan’s Labyrinth. pic.twitter.com/edNaZLtaKT

It has a mate pic.twitter.com/OKhXscMf6m

Is this festive sponsored by Stephen King?

It trapped a human soul… pic.twitter.com/PpPfmi1N9T

holy mother of god! before I read your tweet I thought it was a horror genre convention costume. Awful pic.twitter.com/Vi6OVeUZNP

It’s literally the creepiest thing ever. The poor girl wearing it lol here’s a boomerang I have of it for your nightmares 😂 pic.twitter.com/z7WCCBBIA4

I seen this on shrooms

I’m not personally scared, but I am concerned about the person it’s eating.