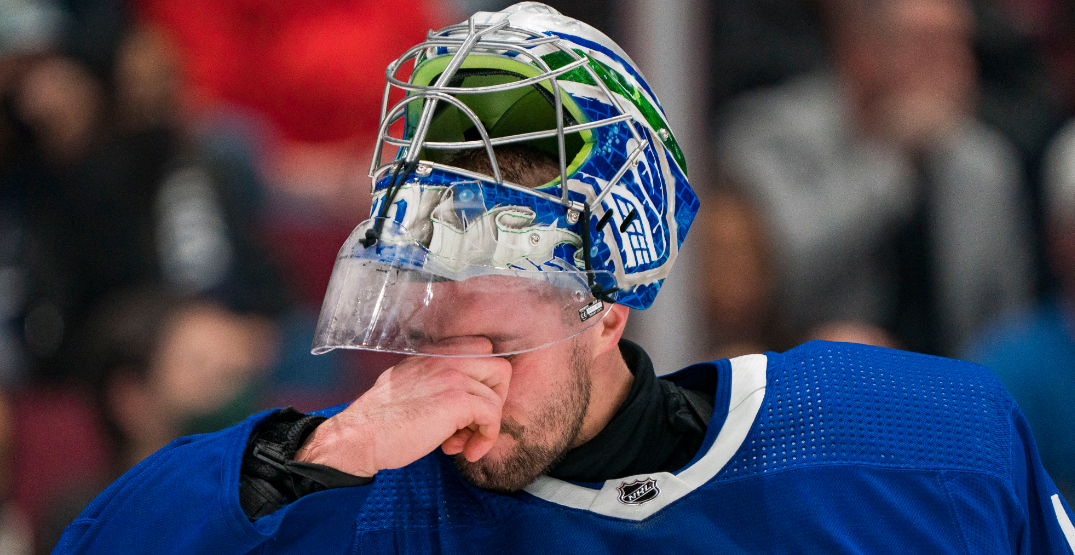 Jaroslav Halak has been placed into the NHL’s COVID-19 protocol, the Vancouver Canucks announced Saturday morning.

The Canucks also recalled goaltender Spencer Martin from the taxi squad. Martin is 5-0-2 with a 2.24 goals-against average and .921 save percentage in seven appearances with the Abbotsford Canucks of the American Hockey League.

Transactions: Canucks announce that Jaroslav Halak has been placed into the NHL’s COVID-19 protocol and Spencer Martin has been recalled from the taxi squad.

Vancouver will play at the Carolina Hurricanes on Saturday, and Washington Capitals on Sunday, which could lead to Martin’s first NHL start since February 1, 2017, as a member of the Colorado Avalanche.