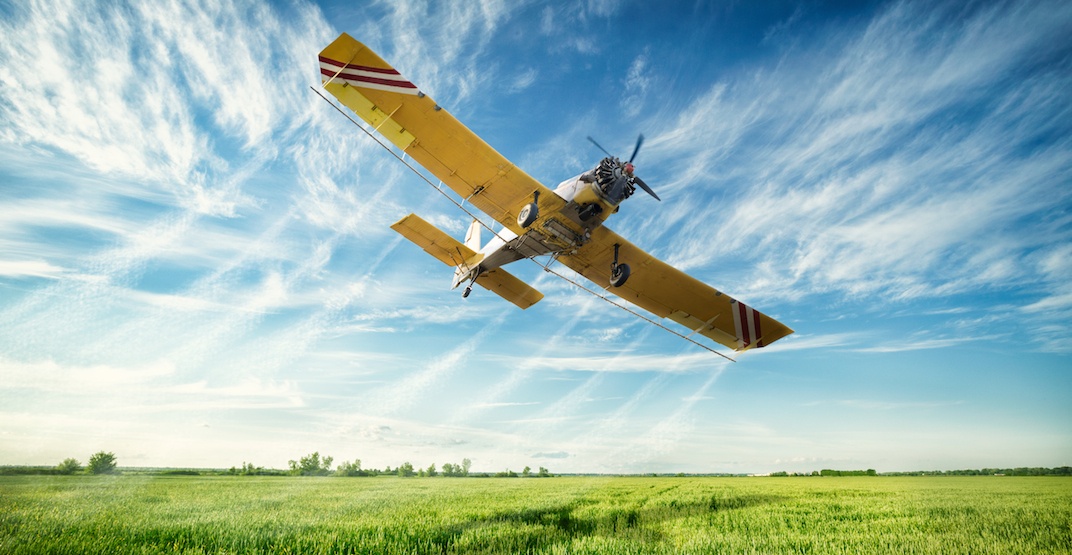 If you’re in Surrey, you may see low-flying airplanes spraying pesticide to eradicate invasive gypsy moths close to Highway 1 near the Port Mann Bridge next week.

North Surrey residents are advised that the second aerial-spraying treatment will take place on 62 hectares of residential and municipal park land, and will occur on Monday, May 13, between sunrise and 7:30 am, weather permitting.

Nearby residents can expect to be able to hear the aircraft at some point during the treatment, but the spray itself is GPS-calibrated and controlled, and spraying will occur only when the plane is immediately over the treatment area.

Beyond being slightly terrifying, European Gypsy Moths can greatly threaten the environment in which they reside, making trees more susceptible to disease and harm from other insects.

Once gypsy moths arrive in an area, they threaten extensive damage to the environment and economy, by impacting produce and BC’s exports of trees, logs and bark.

Anyone wishing to minimize contact with the spray material may choose to remain indoors with their windows and doors closed during the spraying, and for at least 30 minutes after.

Pets and livestock that may be frightened by the aircraft should be brought indoors, along with items not to be sprayed.