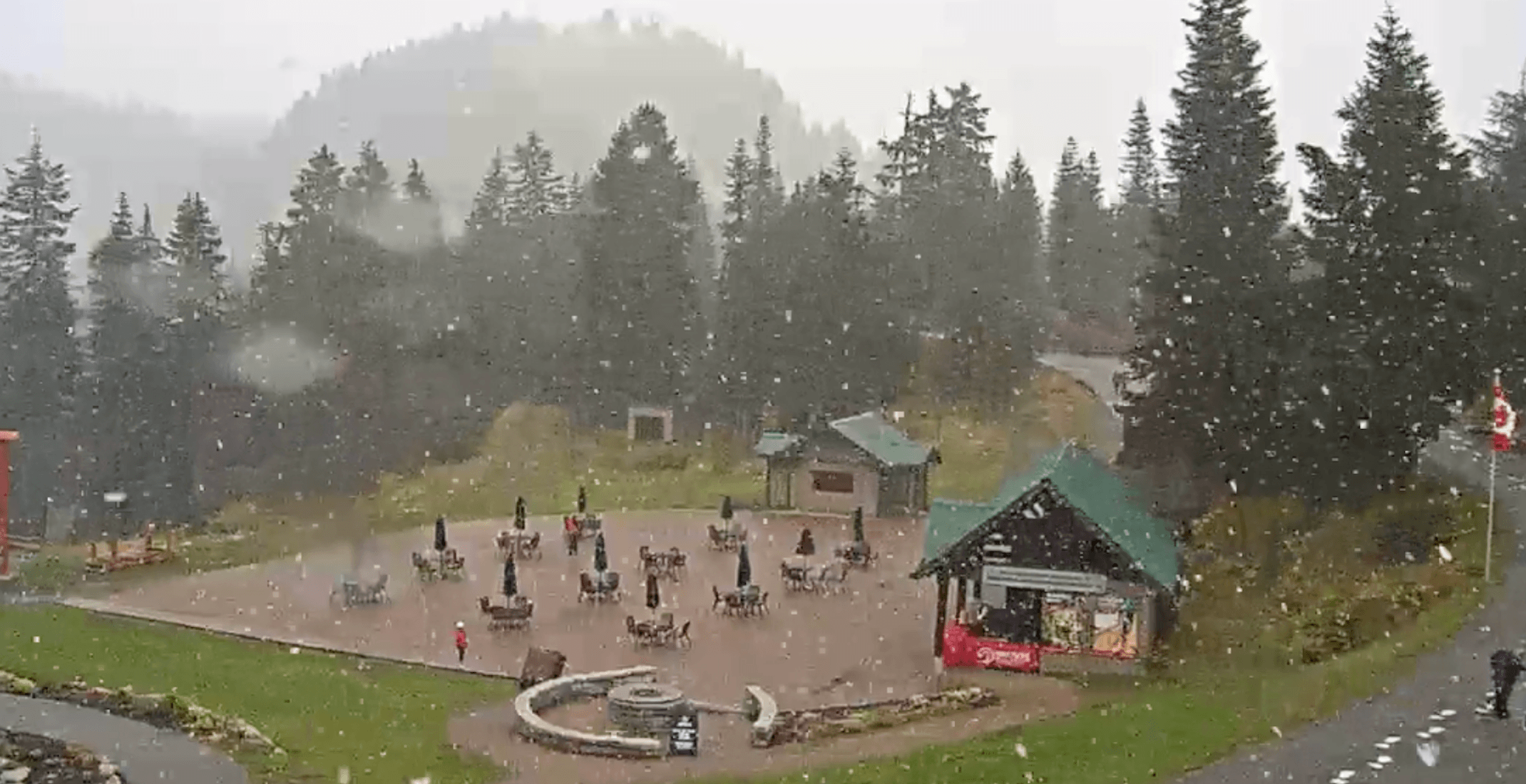 It’s beginning to look a lot like winter on Grouse Mountain.

The first dusting of snow fell on Grouse today, which means ski and snowboard season is just around the corner.

Grouse posted videos of the snow flurries on its social media accounts.

I spy with my little eye the first flurries of the season 👀❄️ #winteriscoming #grousemountain https://t.co/WqeDATyiEu pic.twitter.com/9cCGVLliD8

Grouse, along with the two other Metro Vancouver mountains Cypress and Seymour, typically open to the public for skiing and riding in early-December.

So it remains to be seen if this snow will stick around or if it’s just serving as a teaser for the upcoming season.

But the early October snowfall definitely means winter is coming.