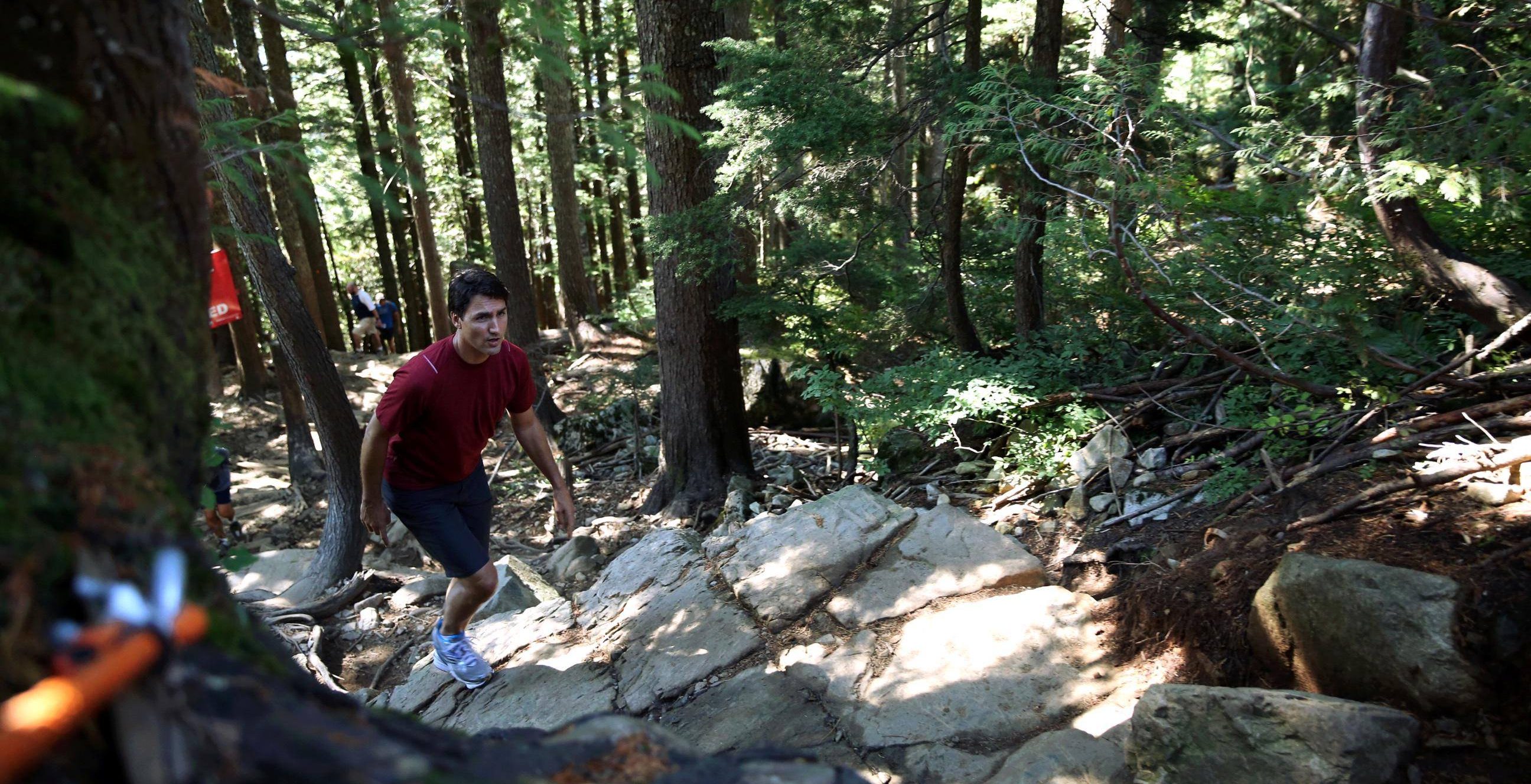 With the federal election just five weeks ahead, it was only natural that Liberal Party leader Justin Trudeau would take his campaign to the top of Grouse Mountain. But to be more specific, he got to the top by completing the gruelling Grouse Grind trail.

On Friday, the 43-year-old was accompanied by campaign staff, volunteers and a number of reporters who were unable to keep up with the agile leader. Trudeau finished with an impressive time of 54 minutes and 55 seconds, according to a tweet made on his Twitter account.

The Grouse Grind begins at the base of the mountain next to the Grouse Mountain parking lot. It spans 2.9 kilometres in length with an ascension of 853 metres on the steep face of the mountain.

About 100,000 people hike the trail on an annual basis. The average completion time is approximately 90 minutes while the all-time record is 23 minutes and 48 seconds.

Until further notice, the Grouse Grind gate is open daily from 6:30 a.m. to 6:00 p.m. The trail typically closes in November when conditions deteriorate and reopens in May.

Beautiful day for the #GrouseGrind! Clocked in at 54:55. Thanks to all who joined me for the hike! pic.twitter.com/hEyr57FewK

Justin Trudeau heads off on the Grouse Grind, a trail up the mountain in North Vancouver. pic.twitter.com/OhuTSXw3jm — Bruce Campion-Smith (@yowflier) September 11, 2015

Justin Trudeau did his first ever Grouse Grind today… And I was there too!!! (Photo taken from the Toronto Star) #jt #justintrudeau #liberalpartyofcanada #liberals #realchange #grouselife #grousemountain #grousegrind #grind #grindit #nailedit #cdnpoli