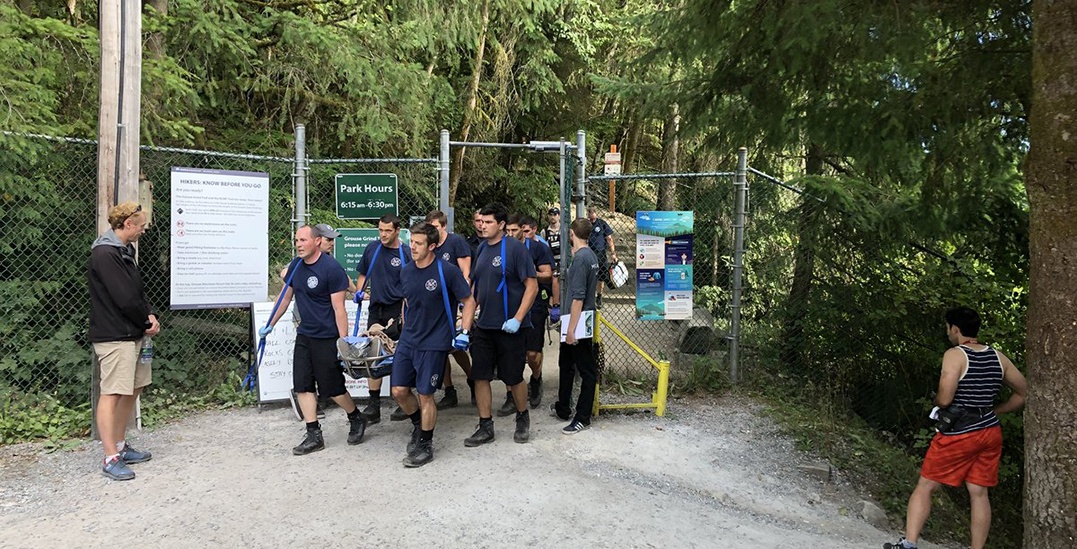 The Grouse Grind in North Vancouver underwent a temporary closure over the long weekend after a hiker collapsed on the route.

Firefighters from the District of North Vancouver, as well as park rangers, were called to the 2.9 km trail at 3:40 pm on Sunday, September 2.

Dist. Firefighters along with Metro Vancouver Grouse Grind Rangers are currently assisting with a patient on the Grouse Grind. #hikesafe pic.twitter.com/hHGDuoSj8a

The call came from another hiker who passed by an “individual showing distress.”

Chief David Dales, of the District of North Vancouver, explains that the first wave of responders was able to reach the patient in under 15 minutes of receiving the call.

“The first wave consists of three firefighters, typically young guys,” Dales explains. “Our first responders were able to sprint up the trail, standard equipment and all.”

The hiker, who was in his 50s, had collapsed just before the quarter mark of the trail. The man actually experienced cardiac arrest, just as the first wave reached him.

Fortunately, a defibrillator was used and after two shocks, the man’s pulse returned.

Second responders, which included several other firefighters and members of BC Ambulance, transported the man down to the bottom of the trail and took him to the hospital.

“Unofficially, we’ve been told that the man is doing very well,” says Dales. “It was a bit of a perfect storm. Had our first wave not been able to reach him so quickly, we may not have a successful rescue.”

“Whenever CPR is done on the grind, the trail gets closed for several hours. So far, we’ve responded to 30 or 40 rescues this season.”