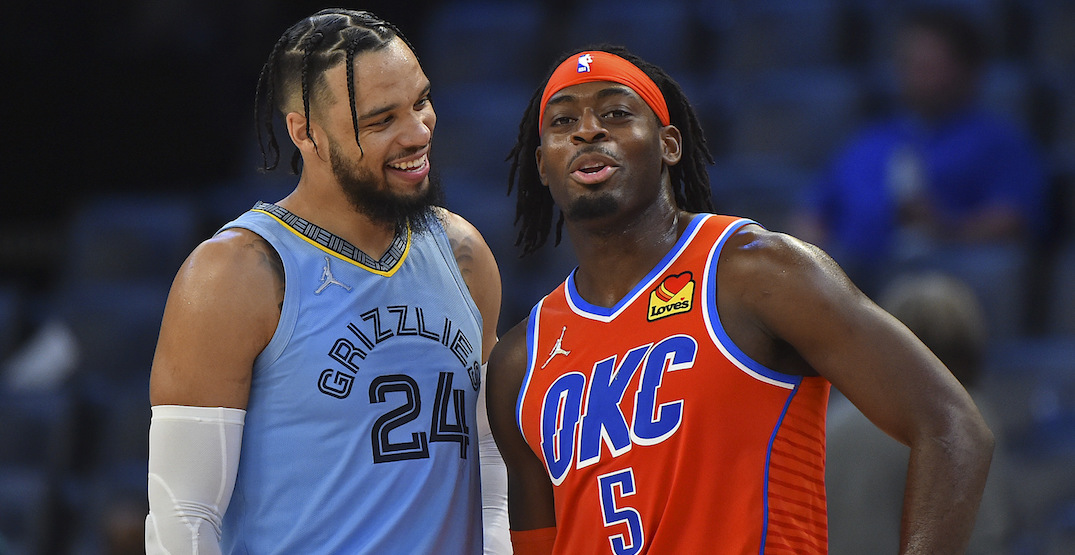 The Grizzlies were blown out on many nights during their six-year run in Vancouver from 1995 to 2001, but they never suffered an embarrassment like this.

Nobody has, in fact.

The Memphis Grizzlies set an NBA record on Thursday night by scoring the biggest blowout in league history against the Oklahoma City Thunder. The Grizzlies won by a whopping 73 points in a 152-79 trouncing.

Grizzlies fans were chanting "DEFENSE" with a 78-point lead 😅 pic.twitter.com/pcEdsp6n6M

That broke the previous record, which stood for nearly 30 years when the Cleveland Cavaliers beat the Miami Heat 148-80 in 1991.

Nine Grizzlies players scored in double digits, including Canadians Dillon Brooks of Mississauga and Vancouver’s Brandon Clarke, who each netted 11 points. The win was even more impressive when you consider that Memphis was playing without their best player, Ja Morant.

It wasn’t long ago that the Grizzlies found themselves on the wrong end of one of the biggest blowouts ever, when they lost by 61 points in a 140-79 loss to the Charlotte Hornets on March 22, 2018. That loss came not long after Memphis ended a 19-game losing streak.

The Vancouver Grizzlies still rank highly on the list of longest losing streaks of all-time — they lost 23 games in a row in 1995-96, which is tied for the fifth-longest streak. They also had a 19-game losing streak earlier that season.

But they’re nowhere to be found on the all-time blowouts list. In that category, Oklahoma City now stands alone.