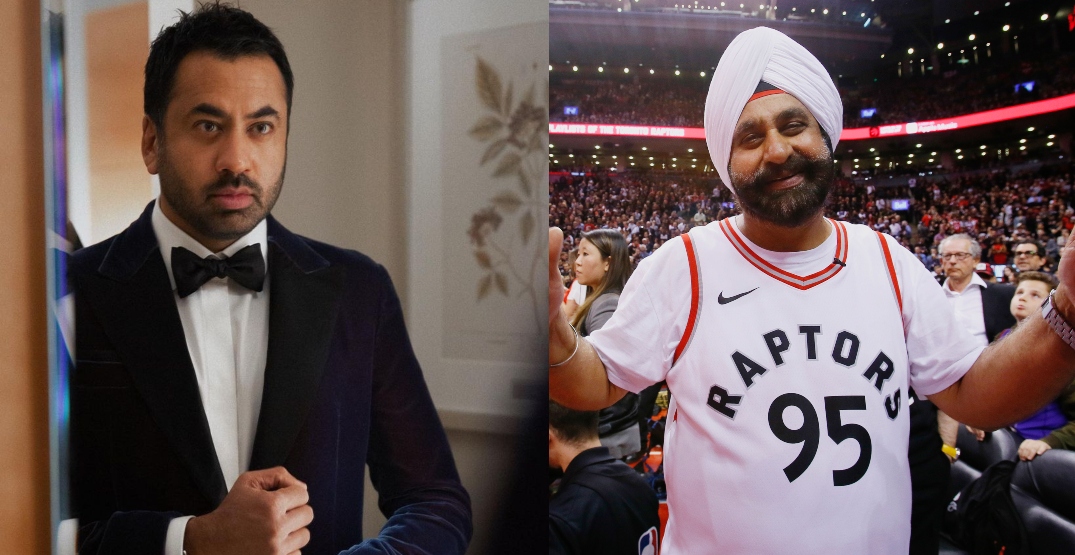 A documentary about his life debuts on CBC tomorrow, and now there are plans to take Toronto Raptors Superfan Nav Bhatia to the big screen.

A separate film about the Raptors Superfan is in the works that will see Kal Penn produce and star in the movie. Penn, who is famous for his role in Harold and Kumar and worked in the White House during the Barack Obama administration, will play the role of Bhatia.

“The Superfan is heading to Hollywood!!!” Bhatia said on Instagram today. “I’m pinching myself. I have no clue what is going on in this life of mine right now. I am blessed to continue to share my story… [Kal Penn] thank you from the bottom of my heart for accepting this role. It is an honour to have you play me.

“Happy to give you some tips on how to effectively trash talk the opposing teams.”

Penn told Matt Grobar of Deadline.com that he has been following Bhatia’s story ever since he saw him at a Raptors game when he was in Toronto filming Designated Survivor.

“Lots of us are basketball fans, but there’s only one [Superfan],” Penn said on Instagram. “His story of perseverance and unity is incredible, and I’m super excited to bring his super fan story to the (super?) big screen.”

Greg Silverman and Jon Berg of Stampede Ventures won the rights to present Bhatia’s life story, according to Deadline.com. They’ll produce the biopic with Penn and Dan Spilo of Industry Entertainment. Rinku Ghei of Yellow Mango Films will be the executive producer, and there is currently a search to find a writer and director for the project.