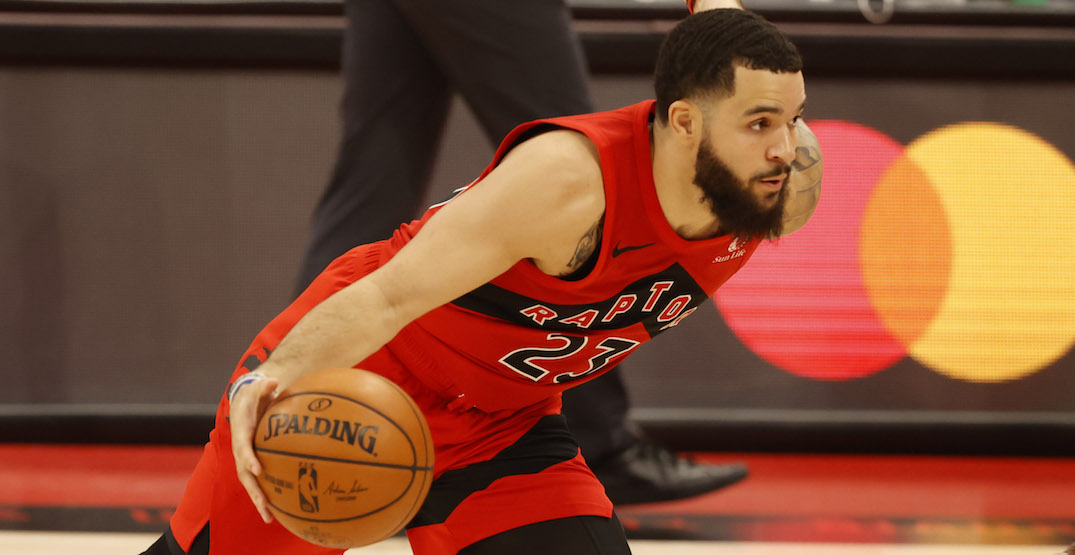 The Toronto Raptors are set to spend more than $137 million of their team’s money on their salary this season.

The Raptors finalized their opening night roster earlier this week ahead of Wednesday night’s opening game against the Washington Wizards.

It’s set to be an interesting season for the Raptors, who are looking to return to the playoffs after a disappointing 27-45 year in 2020-21. Nine new players join the roster this season.

Here’s how much money each Raptors player is set to make this season:

The Raptors also have David Johnson and Justin Champagnie on two-way deals, though they’re looking to start the year with G League affiliate Raptors 905.

Conveniently, each Raptors’ salary also lines up with their cap hit for this year.

Barring a trade, the Raptors’ core should presumably stay intact for the foreseeable future. The Raptors have the rights of eight players: Siakam, Anunoby, VanVleet, Trent, Birch, Barnes, Flynn, and Achiuwa through at least 2023-24.