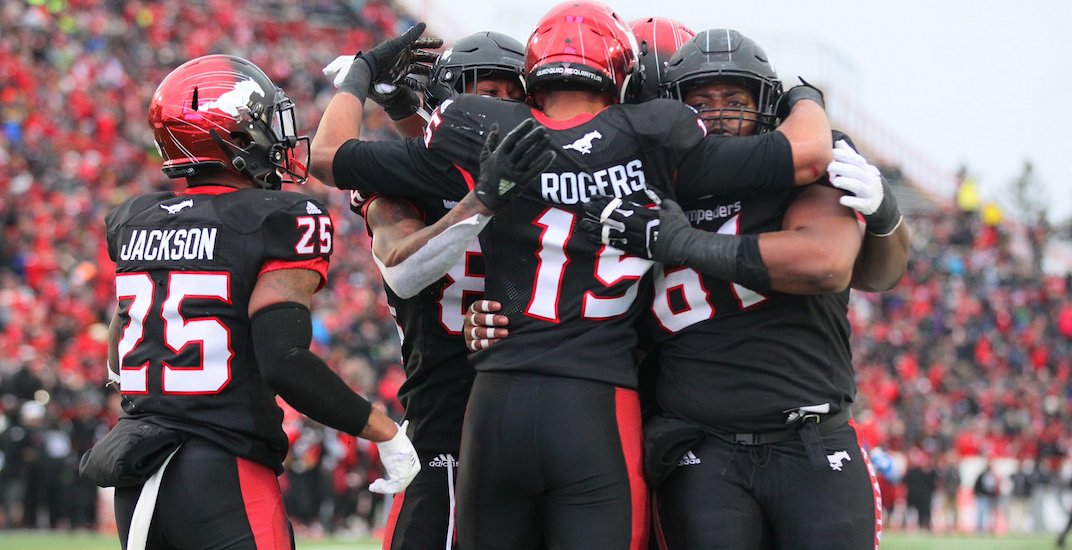 The Calgary Stampeders will hope the third time’s a charm after advancing to the Grey Cup on Sunday.

Calgary defeated the Winnipeg Blue Bombers 22-14 in the Western Final and will represent the West in the Grey Cup for a third straight year.

In a rematch of the 2016 championship game, the Stampeders will face the Ottawa RedBlacks, who defeated the Hamilton Tiger-Cats 46-27 in the Eastern Final.

The Stamps proved that their three-game losing streak late in the season was just a blip, as Bo Levi Mitchell threw three touchdown passes and zero interceptions. This touchdown catch by Eric Rogers with under four minutes to play put the game out of reach.

Bo Levi Mitchell finds Eric Rogers (@EricDionRogers) in the end zone for the third time tonight!! The @calstampeders go up 20-11 with 3:46 remaining in the 4th quarter of the #WestFinal!!
#GCPlayoffs #RoadtotheGreyCup pic.twitter.com/HgQ5oL7M24

Trevor Harris BREAKS #CFL RECORD for most touchdown passes in a playoff game as he gets his 6th touchdown pass of the game!!🔥👏#GCPlayoffs #RoadtotheGreyCup #CFLGameDay pic.twitter.com/STAbbTfKkP

The pressure will be on the Stampeders in the 106th Grey Cup, scheduled for Sunday in Edmonton. Like in their previous two Grey Cup losses, Calgary will be the favourite to win.

“This is a completely different team,” said Mitchell, downplaying the rematch storyline that is sure to be talked about in the next seven days. “We’ve got a lot of different guys on this team. It’s not a rematch of 2016. It’s not the same Ottawa RedBlacks.”

“The only thing that’s the same are the two logos.”