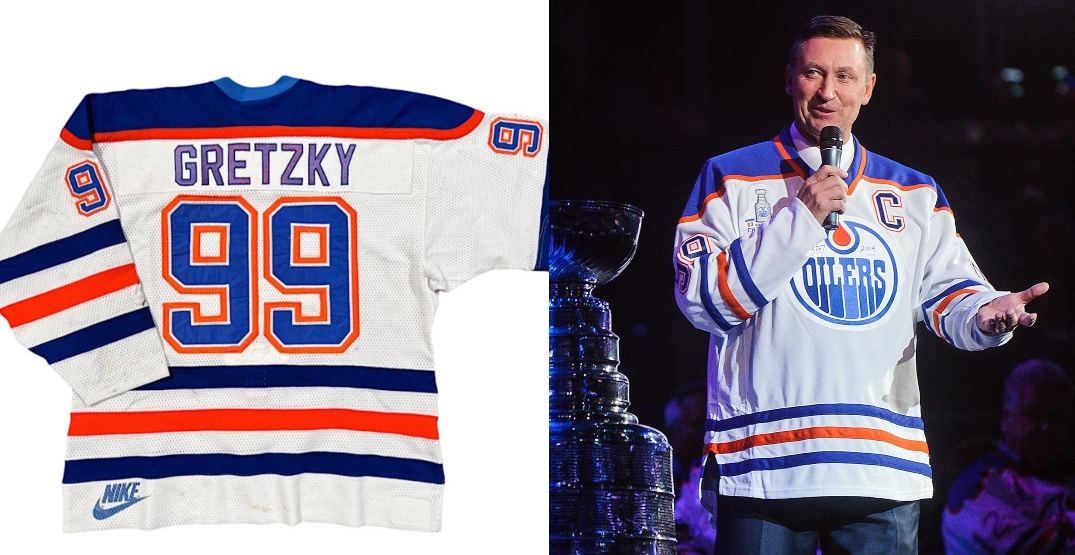 An Edmonton Oilers jersey worn by Wayne Gretzky sold at an auction Saturday for a record $1.45 million USD.

It’s the most expensive hockey jersey ever sold, beating Paul Henderson’s 1972 Summit Series jersey that went for $1.2 million at an auction in 2010, according to CBC.

“Gretzky wore this jersey when hoisting the Stanley Cup after sweeping the Boston Bruins in four games in what would ultimately be Gretzky’s final game as an Edmonton Oiler,” the listing says.

Gretzky was traded to the Los Angeles Kings 12 weeks after the Oilers championship in a move that shocked the hockey world.

The jersey is also covered in champagne stains from the championship celebration, stick and puck marks, loose threads and multiple repairs to the sleeves. 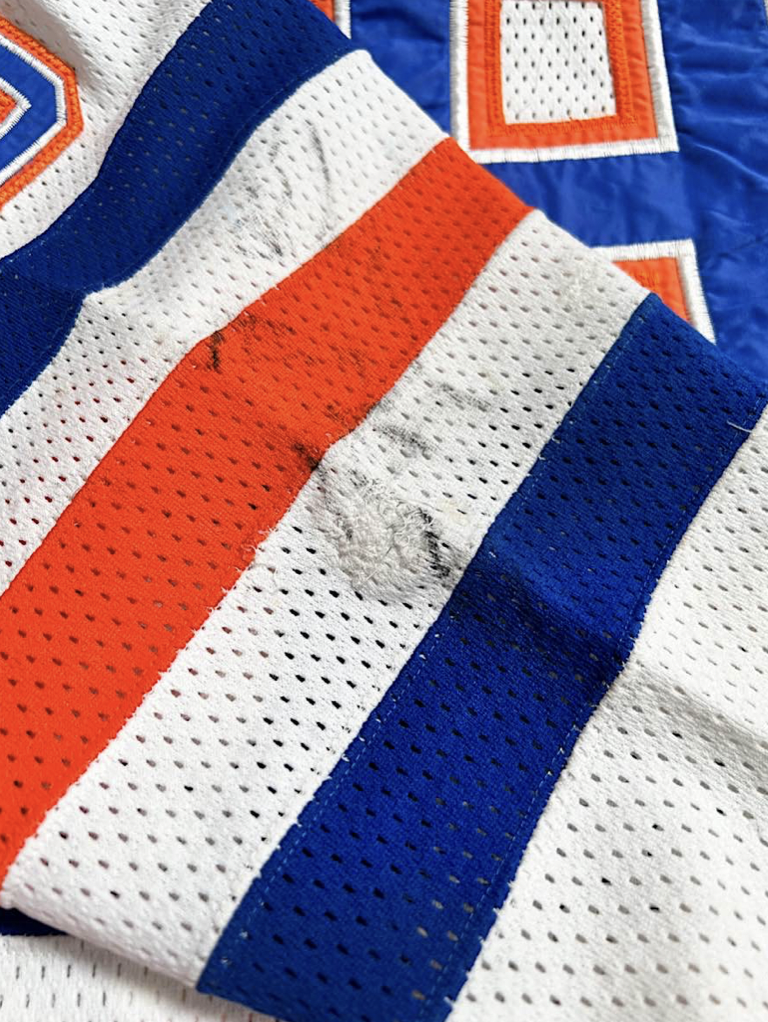 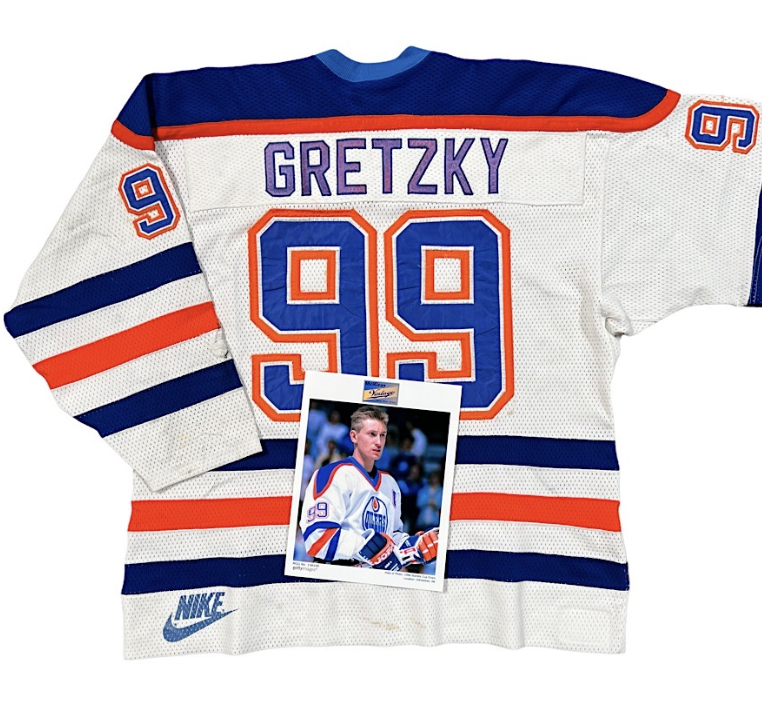 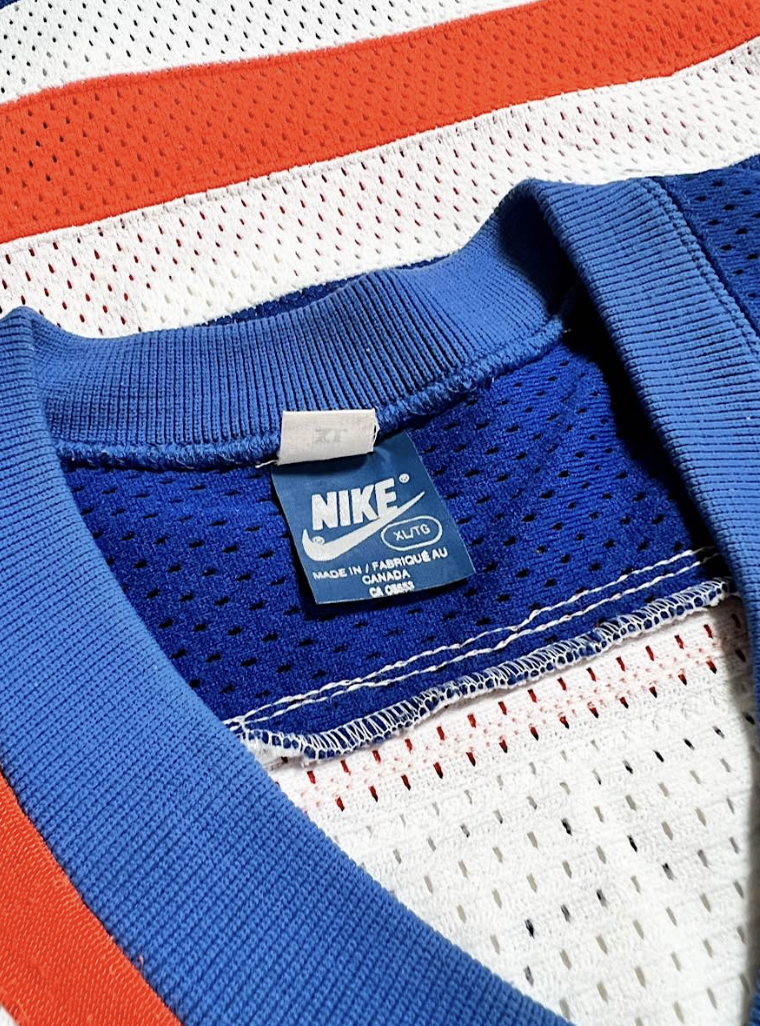 The $1.45 million US selling point translates to more than $1.8 million Canadian.

The auction house that listed the item, Grey Flannel Auctions, is based out of Scottsdale, Arizona. Bidding for the jersey ended on June 5, with 12 total bids entered.

Fans of Gretzky could also get their hands on a pair of gloves worn by the Great One during the 1988 Edmonton Oilers Stanley Cup run as well. 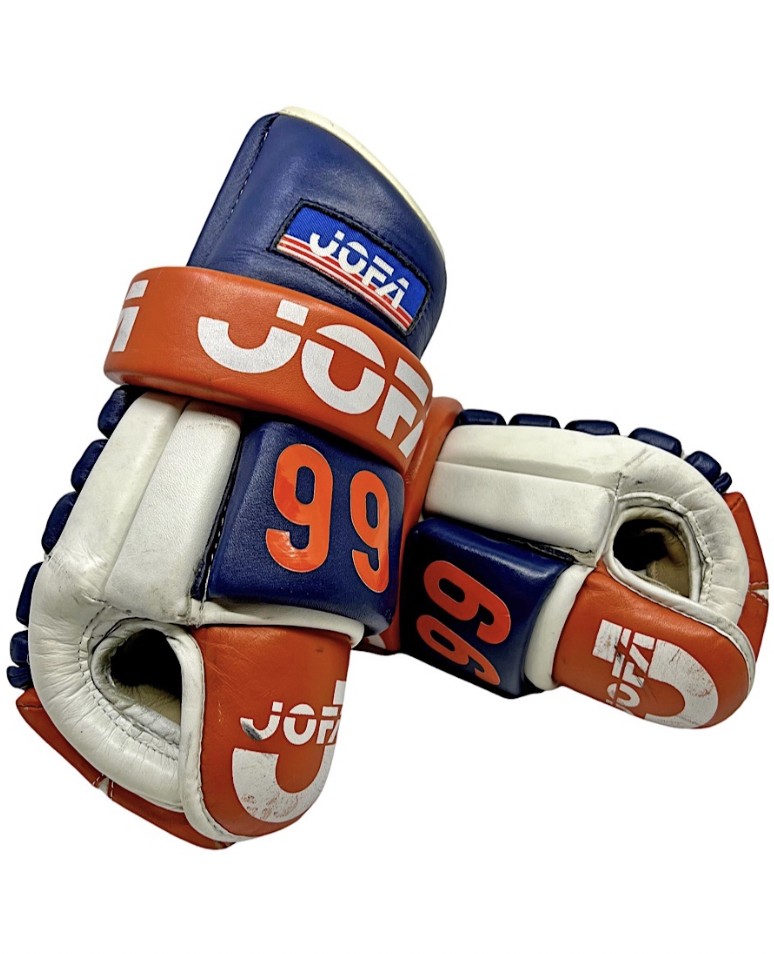