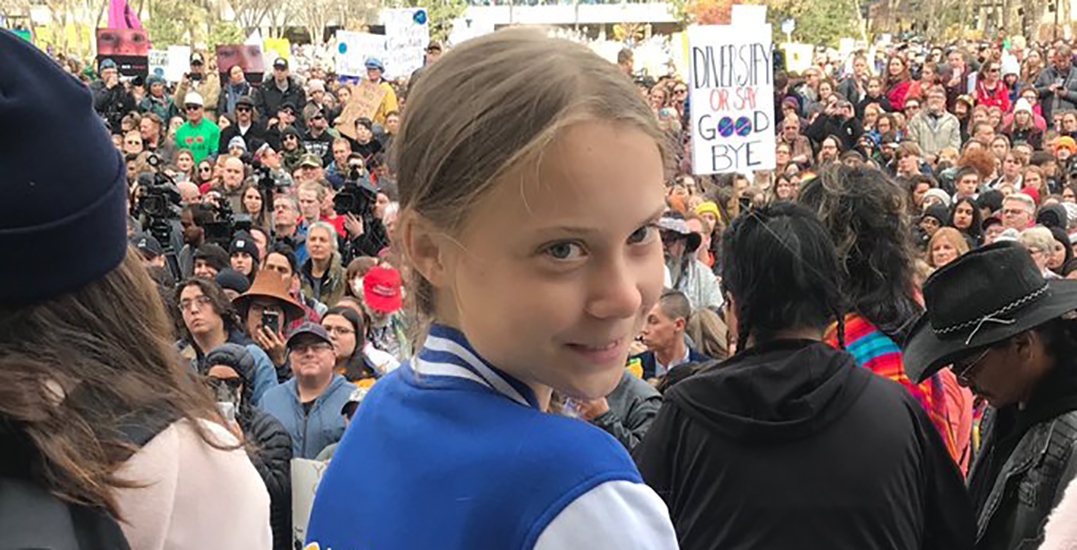 On Tuesday afternoon, Greta Thunberg shared on social media that she’d be paying a visit to Vancouver to join in a climate strike.

This Friday October 25th I’ll join the climate strike in Vancouver, BC!
11am at Vancouver Art Gallery.#ClimateStrike #FridaysForFuture #schoolstrike4climate pic.twitter.com/2jTGxlVQf2

Shortly after the announcement, however, reports circulated that the teen activist had denied an invitation to speak in front of BC’s provincial legislature, due to emissions from BC Ferries vessels.

She quickly clarified that wasn’t the case and stated that she didn’t “know anything about an invitation to Victoria,” and that “there’s unfortunately not enough time to visit everywhere.”

PS. I don’t know anything about an invitation to Victoria, and I have definitely not declined it because of “emissions” from the public transport ferry. Just so you know:)
I try to visit as many places as I can, but there’s unfortunately not enough time to visit everywhere.

“I have definitely not declined it because of ’emissions’ from the public transport ferry,” she writes on social media.

The post-election climate rally that Thunberg will participate in is scheduled for Friday, October 25 between 11 am and 2 pm.

The rally organizers, Sustainabiliteens Vancouver, say their Facebook event page that the march will travel through approximately three km of Vancouver’s downtown core.

During the rally, organizers say that they will “outline important next steps for climate strikers across Canada” and “show that [they] will continue standing up to those in power for [their] futures.”

Thunberg has been participating in climate strikes across the US and Canada over the past two months. The 16-year-old Swedish student and climate activist has become a global force in the fight against climate change.

Her speeches the UN Climate Change COP24 Conference in 2018 and at the 2019 UN Climate Action Summit in New York have drawn the eyes of millions of viewers, in which she delivers blunt, impassioned words about the impending fate of the Earth.

With files from Simran Singh, Chandler Walter, and Darcy Matheson