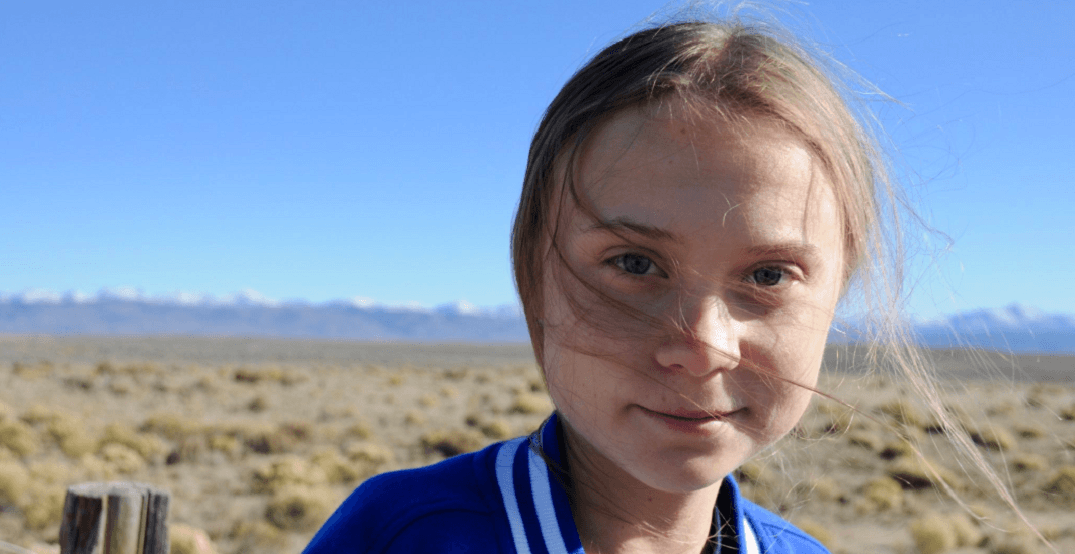 Teen activist Greta Thunberg will be in Vancouver to attend a post-election climate rally on Friday.

“No matter what happens during the election, we will not stop taking to the streets! Join us and Greta Thunberg on October 25, 11 am – 2 pm PT, at the Vancouver Art Gallery for our next climate strike!” said rally organizers, Sustainabiliteens Vancouver, on their Facebook event page.

Organizers say the march will travel through approximately three km of Vancouver’s downtown core throughout the afternoon.

During the event, organizers say they will “Outline important next steps for climate strikers across Canada” and “show that [they] will continue standing up to those in power for [their] futures.”

Sources tell Daily Hive the teen activist will also meet with members of the Tsleil-Waututh Nation during her visit. When Thunberg was in Alberta, she spent time meeting leaders of the Athabasca Chipewyan First Nation discussing the oilsands. The meeting was kept quiet in an effort not to have it disrupted by pro-energy counter-protesters.

Thunberg has been participating in climate strikes across the US and Canada over the past two months. The 16-year-old Swedish student and climate activist has become a global force in the fight against climate change.

With files from Chandler Walter and Darcy Matheson.