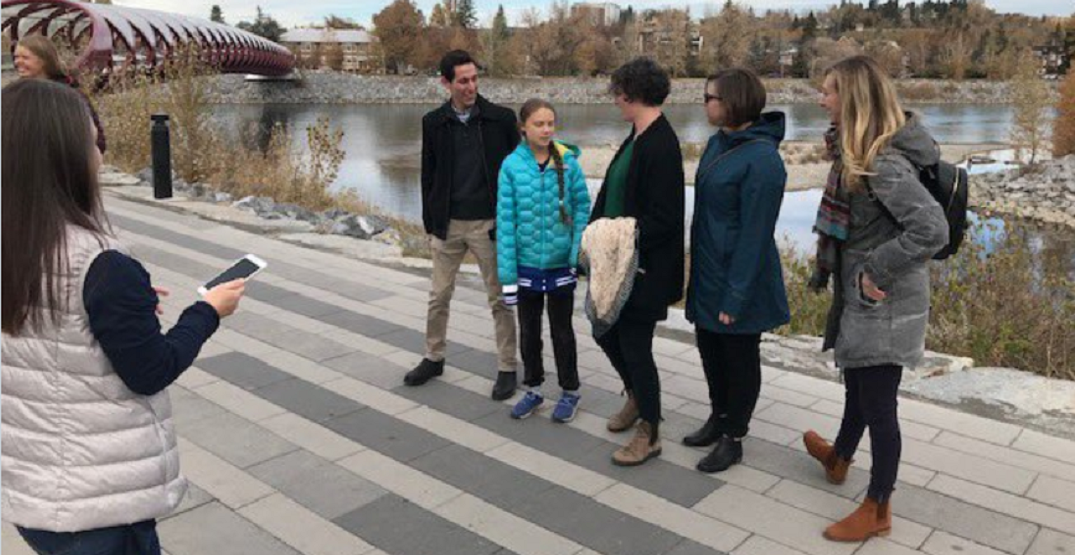 The 16-year-old stopped in Calgary on Wednesday on her trip up to Edmonton, where she will be attending the Strike for Climate Action on Treaty 6 territory in amiskwaciwâskahikan.

Thunberg was evidently spotted by a few of Calgary’s city planners near the Peace Bridge, with City Councillor Druh Farrell sharing a picture of the chance meeting on Twitter.

“City planners Ezra, Sarah, Jill, and Breanna were out on a Passion for Planning Day site tour and look who they bumped into!” Farrell wrote in the tweet.

City planners Ezra, Sarah, Jill, and Breanna were out on a Passion for Planning Day site tour and look who they bumped into! pic.twitter.com/UqFsl5thoQ

Thunberg has become a household name over the past year after her school strike for climate saw momentum the world over, with an estimated 6 to 7.6 million people participating in the 2019 event.

The Strike for Climate Action in Edmonton will be held at Beaver Hills House Park and will run from 11 am to 1 pm, according to the event’s Facebook page.