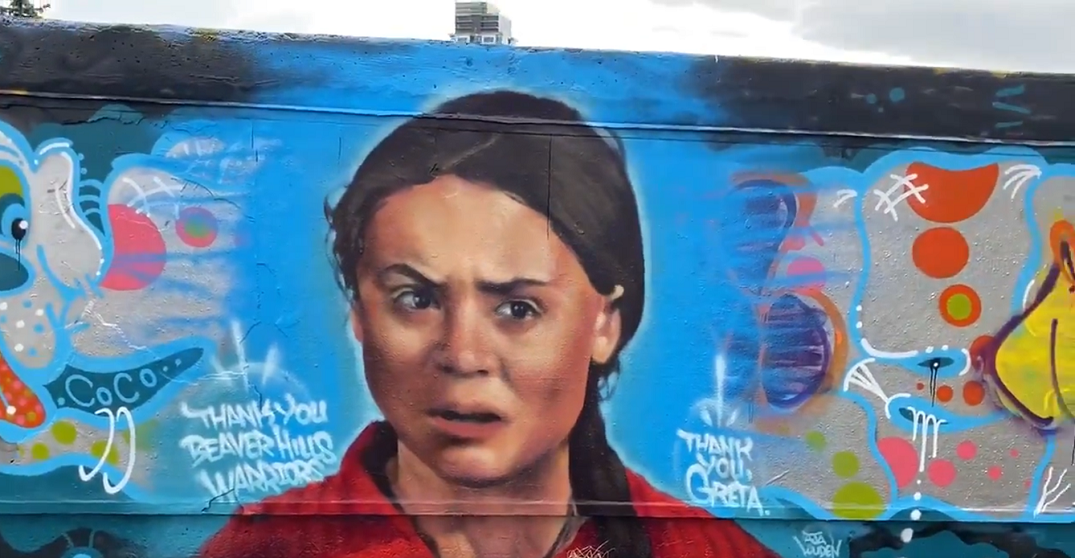 It didn’t take long for a mural of climate activist Greta Thunberg to be defaced.

On October 18, artist AJA Louden painted a mural of Thunberg on a “free wall” near the Alberta Legislature in Edmonton. It was the same day that Thunberg spoke at a climate strike outside parliament alongside more than 10,000 attendees.

It wasn’t long before a person decided to paint over the mural, writing “This is oil country!” on top of her face.

The wall is considered a free space for graffiti artists and muralists alike to paint, new works are painted over the older work of other artists, as Louden did to create his mural.

Shortly after the first message was left over the depiction of the 16-year-old’s face, a second message was written, this one crossing out her eyes and writing a slur — “salope,” the French word for “bitch” — alongside a message in French telling her to get out of the country.

It looks so much better now – definitely the talking point we had hoped for 👍 pic.twitter.com/aJZrZMJdbH

Thunberg spoke to her time in Alberta while in front of Friday’s crowd: “Thank you for the wonderful reception I have received here in Alberta, people are so nice and I am very proud to be with you here today in Edmonton.”