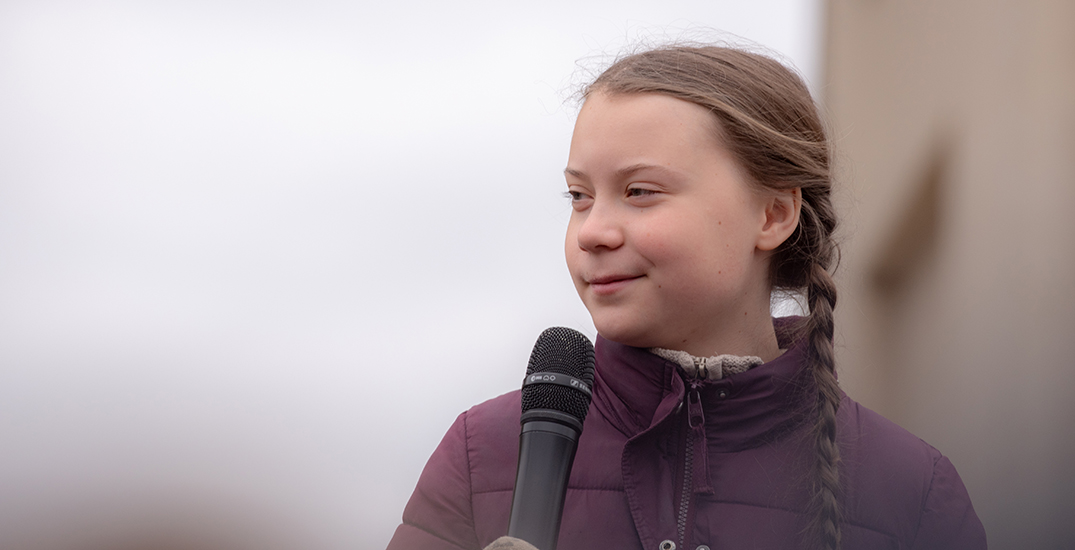 Teen climate activist Greta Thunberg is aware of the graphic drawing of her that apparently originated in Alberta, and she’s taking it in stride.

On Saturday, Thunberg tweeted her detractors “are starting to get more and more desperate… This shows that we’re winning.”

They are starting to get more and more desperate…
This shows that we’re winning. https://t.co/NLOZL331X9

Last week, images of stickers bearing the graphic drawing of Thunberg began circulating online. Daily Hive has chosen not to republish the image, but it shows a naked girl from behind with her hair in braids, and the word “Greta” written across her lower back.

A pair of hands pull the girl’ hair, as if the viewer is having sex with her.

Below the image there’s the logo of an Alberta energy company, X-Site Energy Services. Its website has been taken down in the days since the image emerged, and the company’s general manager did not return Daily Hive’s request for comment.

It’s not known whether the stickers bearing the offensive illustration were created by X-Site or a third party.

Mounties say they’re aware of the illustration, but say it doesn’t meet the threshold for a criminal offence.