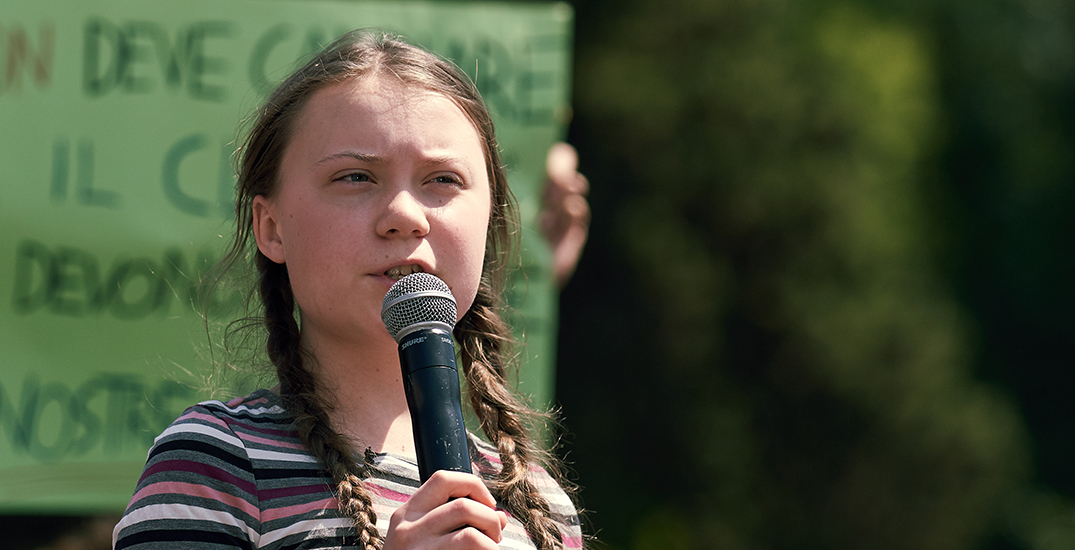 The illustration, which Daily Hive has chosen not to republish, shows a girl’s body from behind, as if the viewer could be penetrating her during sex. The girl has her hair in two braids, which a pair of disembodied hands grab from behind.

On the girl’s lower back, the word “Greta” is written, apparently in reference to the 17-year-old Swedish climate activist who often wears her hair in the same style.

Below the image, there’s the logo for Alberta energy company X-Site Energy Services.

The image appeared on decals or stickers, and images of them have been circulating on social media this week, to the shock of many.

Leela Aheer, Alberta’s Minister of Culture, Multiculturalism and the Status of Women, tweeted that the graphic “is completely deplorable, unacceptable and degrading. This is not what our province stands for.”

“Whoever is responsible should be ashamed and apologize immediately. I stand with Albertans against this horrendous image,” she added.

Thank-you for denouncing this odious image and the message it sends, @LeelaAheer.

It’s not known whether X-Site Energy Services or a third party created the decals.

Daily Hive called and emailed general manager Doug Sparrow but did not receive a response. Sparrow’s voicemail box was full, and the company’s website shows an advertisement that the domain name is for sale.

Alberta RCMP confirmed they are aware of the illustration, but they say it hasn’t been deemed a criminal offence. A media relations officer said more information would be available shortly.