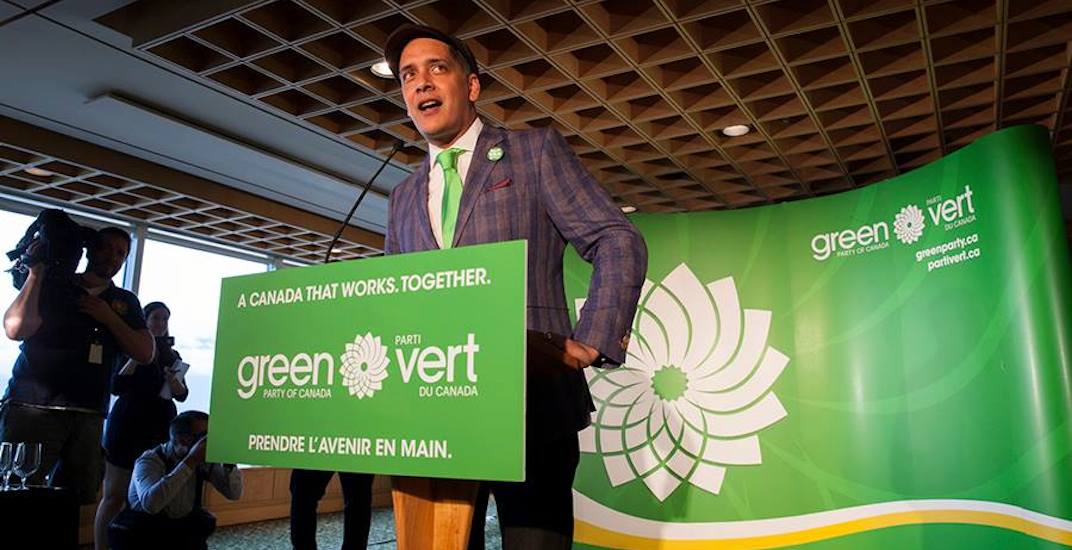 Pete Fry with the Green Party of Vancouver is officially entering into the race in the upcoming byelection for Vancouver City Council.

He was formally nominated last night by the party, and this would mark his second campaign for a City Council seat since his unsuccessful run in the 2014 civic election.

“What are aspirations like ‘Greenest City’ when homes are being lost to luxury property investments, and the people who work here are forced to commute from farther and farther afield?” he said during his speech yesterday evening.

“That was 2014, yet here we are today, with pretty much the exact same issues. In fact, most of our problems here in Vancouver are worse today than they were in 2014.”

Fry is the son of federal Liberal MP Hedy Fry – the longest serving female MP in Canadian history for holding onto her Vancouver Centre seat since 1993.

The byelection on October 14 is being held to fill the seat vacated by Geoff Meggs, who quit City Council early last month after being appointed as the Chief of Staff for Premier John Horgan’s new BC NDP provincial government.

Two other individuals, homeless advocate Judy Graves with the OneCity Party and anti-poverty activist Jean Swanson, have also announced their intention to run.

At this time, Vancouver’s two main political parties – Vision Vancouver and the Non-Partisan Association – have yet to announce their candidates.

The City Council byelection will also include a ballot for the Vancouver School Board byelection. The individuals elected to the seats will hold their position for approximately one year, before voters return to the polls in October 2018 for the scheduled civic election.