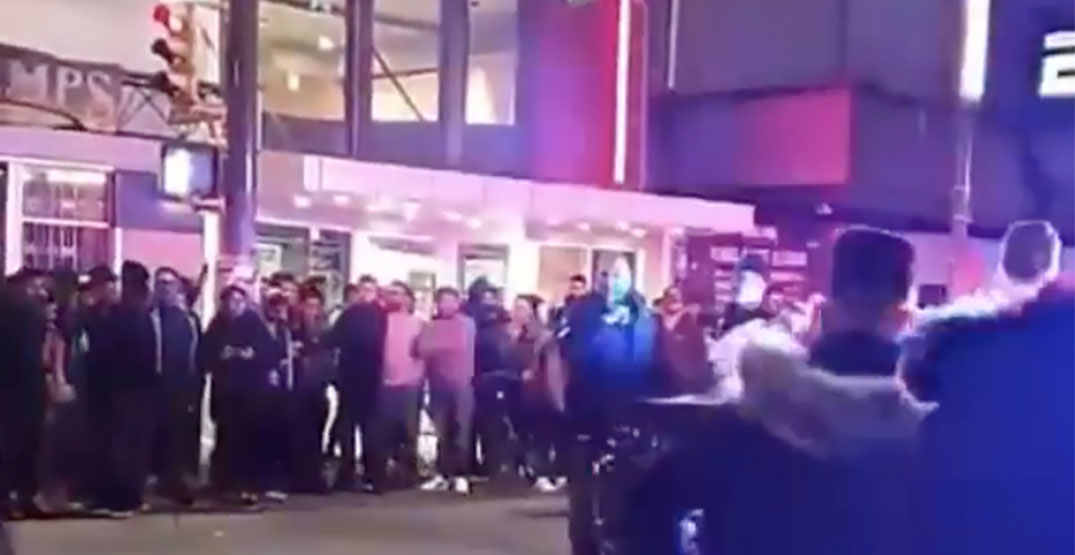 BC’s health minister expressed his disappointment at the crowds that gathered in Vancouver’s entertainment district on Halloween night in the midst of the COVID-19 pandemic’s second wave.

“All of us could see what was going on on Granville Street. It was on TV. It was on social media,” he said. “I can imagine the frustration of the millions of British Columbians who are following the rules.”

Dix added the gathering will be reviewed.

However, he also tried to put it in context considering the larger pandemic. He reminded residents that epidemiological data suggests gatherings in people’s homes are driving the current surge of infections, and those can’t be visualized as easily as a crowd of costumed people on a downtown street.

“For us to do all the things that we want, to have children in school, to have surgeries performed, to have businesses operating, to have some normalcy … we need to follow public health guidance.”

Although officers responded to the large crowd that gathered on Granville Street, no physical distancing violation tickets were issued because officers didn’t think it would be a good use of resources considering how few officers had to deal with so many people.