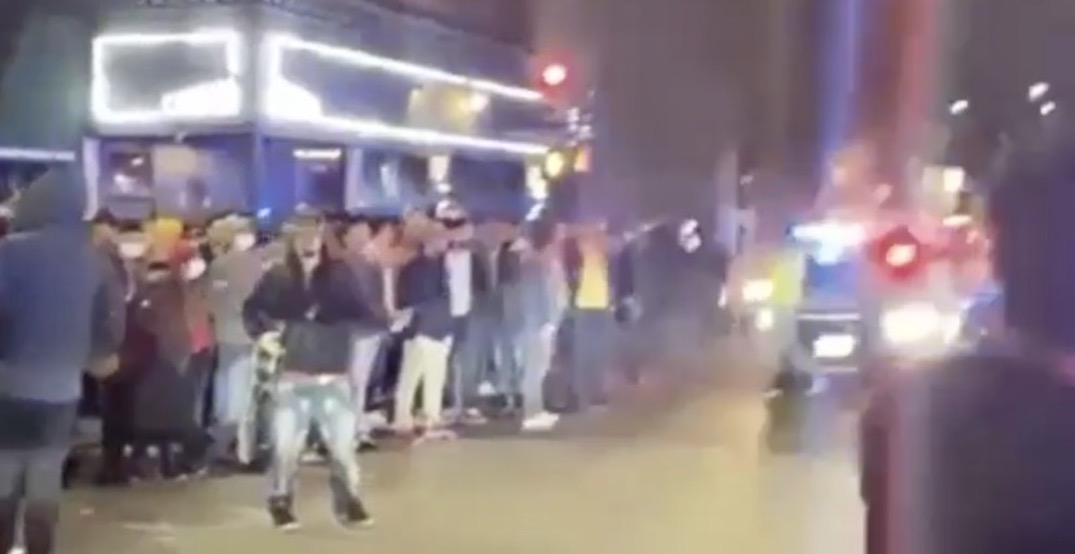 Although police “responded” to large crowds on the Granville strip over the course of Halloween night, VPD Const. Tania Visintin said no physical distancing tickets were issued.

“The number of people along Granville Street grew larger than expected during a pandemic, so additional resources were brought in from around the city to assist in creating a safer environment for the public and officers,” she said.

However, based on the “hostile demeanour and size” of Saturday’s crowd, “social distancing tickets were not issued to party-goers on the Granville strip as it would not have been a safe or an efficient use of the available police resources at the time.”

In making these types of decisions, Visintin said police “must consider officer and public safety when deciding on possible enforcement options.”

Her comments echoed those of VPD Const. Jason Doucette, who told Daily Hive over the weekend that “physically attempting to disperse the alcohol-fuelled crowd or issue tickets wasn’t appropriate.”

However, “we are disappointed that party-goers did not listen to the advice of our Public Health Officer and chose to gather in large crowds along the Granville Mall.”