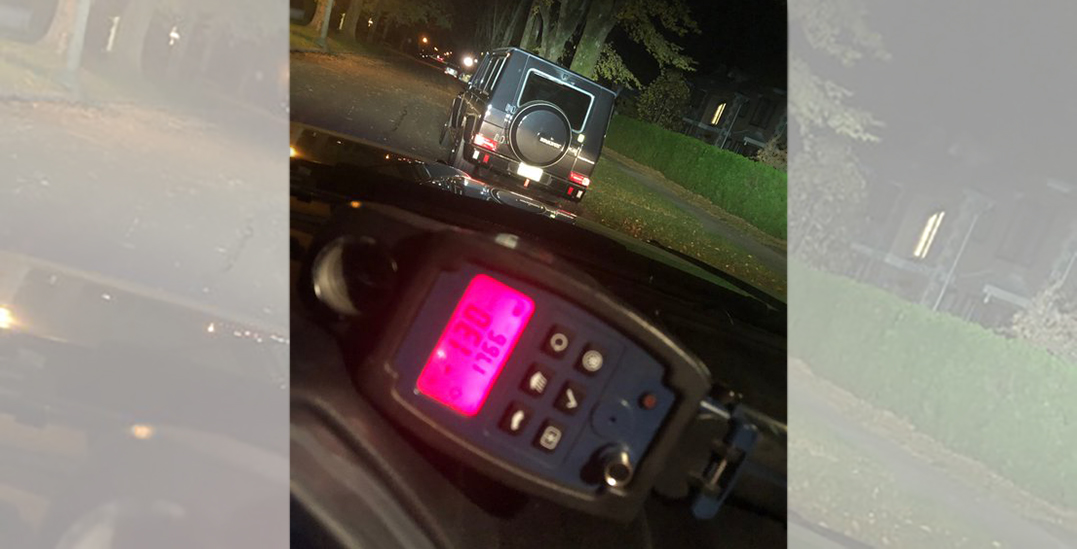 A luxury vehicle will be spending the next few days in the impound lot after its driver was caught for excessive speeding.

According to the Vancouver Police Department (VPD), the vehicle, which appears to be a black Mercedes-Benz G-Class, was clocked going at 130 km/h on Granville Street on Saturday night.

A photo uploaded on Twitter shows the car pulled over on a side street.

“This vehicle will spend the next seven days in the impound lot,” writes the VPD in a Tweet.

This vehicle will spend the next 7 days in the impound lot, after VPD officers clocked it at 130 kph on Granville Street Saturday night. The driver also got a ticket for excessive speed. #VPD reminds all road users to slow down, stay safe, and use common sense. #roadsafety pic.twitter.com/DnuGYQtHpM

Police say that the driver was also issued a ticket for excessive speeding, which typically ranges from $368 to $483. The infraction also carries three points towards a person’s Driver Risk Premium (DRP) with ICBC.