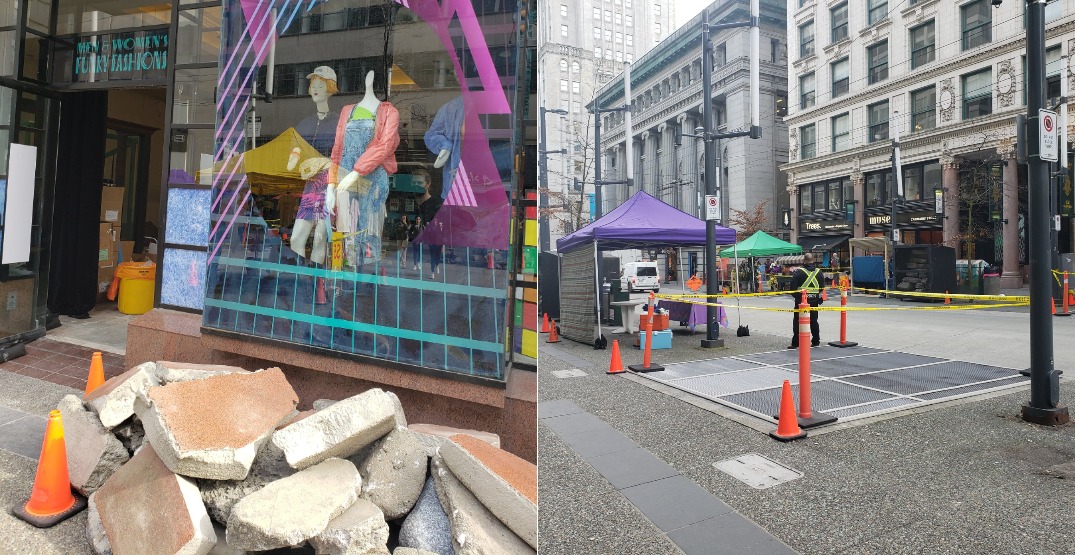 If you thought it looked like a disaster scene from the 80s on Granville and Pender this weekend, you technically weren’t wrong.

Crews are reportedly on site filming the pilot for the NBC re-boot of Quantum Leap — specifically, a scene depicting a 1989 earthquake in San Francisco.

As per usual, Vancouver did an excellent job of playing another city on screen.

The original sci-fi TV show Quantum Leap with Scott Bakula debuted the same year as the earthquake in 1989. It follows a former scientist who gets trapped in time during an experiment and has to leap into a new body each week.

We have a pilot shooting litterally as I post, no one has forgotten the original

How far we have come, and far we have yet to go #QuantumLeap #ScottBakula #DeanStockwell pic.twitter.com/RlxJLgvES7

“There will be extensive stunts, falling debris, and scenes of people running from the buildings in the area of our filming,” says a notice for the production from GEP Quantum Inc.

There is also a simulated car crash, and multiple vending booths collapse before the director yells, “Cut!”

Crews are conducting a full closure on the 300 and 400 blocks of Granville in the meantime.

“There will be extensive pedestrian control of the sidewalks within our activity area for safety and continuity of picture,” says the notice.

They’ll also be shooting inside a local bar called One Under on March 28 from 1 to 9 pm. It will be closed for the occasion.

The main entrance to the Canada Line Waterfront Station will also be closed until they’re done.

Daily Hive Vancouver reached out to the Vancouver Police Department and Quantum Leap Productions for interviews and will update this story.