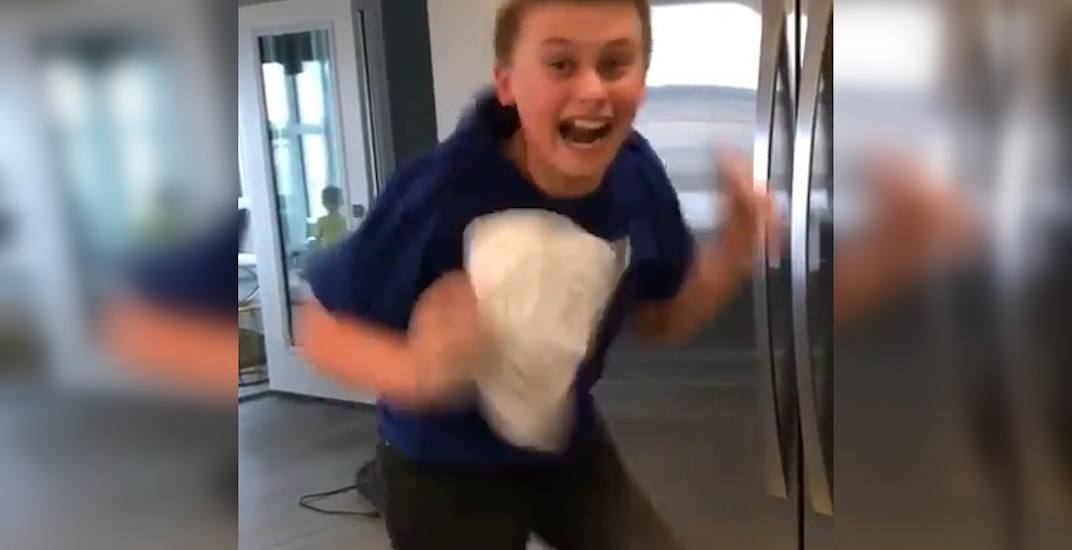 A young hockey fan in Grande Prairie, Alberta got the best surprise on Monday.

Though he lives about five hours away from Edmonton, 11-year-old Jayden Linden doesn’t look like he cheers for the Oilers, or the Flames for that matter.

The team closest to Jayden’s heart appears to be the St Louis Blues, who have been on an epic run of success since January. The Blues won on Sunday night, forcing a Game 7 in their second-round series against the Dallas Stars.

And Jayden will be there to see it, live in St Louis.

The young man couldn’t believe his luck when he was surprised with the news, going through just about every emotion during a 41-second video posted to social media by the Blues.

“What the hell!” Jayden exclaimed after opening a letter containing the good news. After a moment of shock, Jayden jumped for joy, shed some tears of joy, and dropped a couple of curse words… of joy.

One more win for the Blues and they’ll head to the Western Conference Final for the first time since 2016. St Louis has never won the Stanley Cup and hasn’t appeared in the Final since 1970.