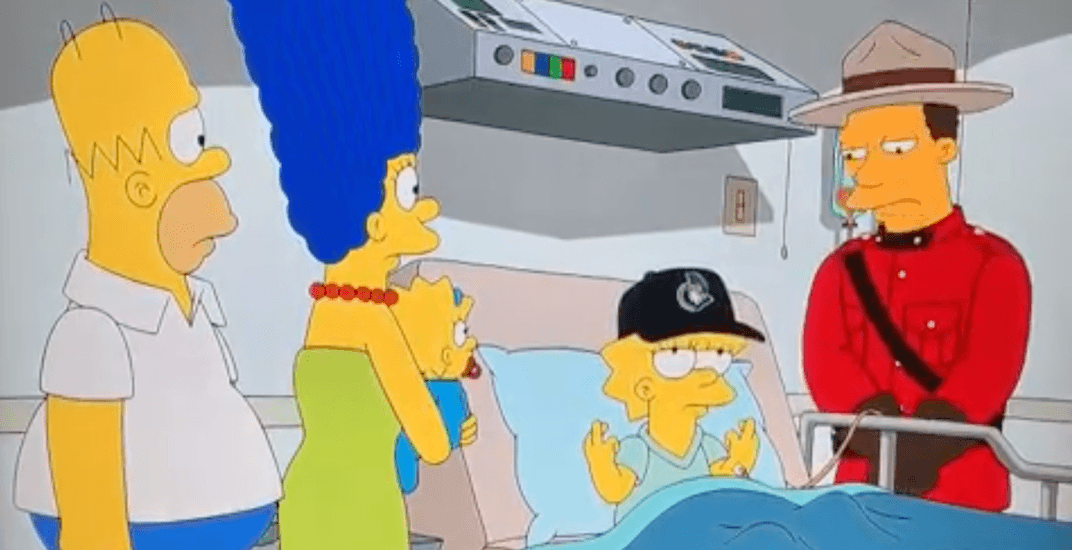 After a season that saw them finish at the bottom of the NHL standings in a year they didn’t even hold their own first-round draft pick, it’s been a difficult year for the Ottawa Senators, to say the least.

In the past calendar year, Sens fans have seen many of the team’s best players traded, including Erik Karlsson, Mark Stone, Matt Duchene, Mike Hoffman, and Ryan Dzingel.

A laughing stock all season, they must have thought the ridicule would end after their last game in April.

Even The Simpsons had to take a shot at the floundering franchise, in the latest episode that aired Sunday night.

The Simpsons get an unplanned trip to Canada in episode 21 of season 30, titled D’oh Canada, after Lisa falls down Niagara Falls.

Enjoying free Canadian health care while being tended to by a Mountie, Lisa explains the difficulties she has living in America — which included their current president. The Mountie comes to the logical conclusion that Lisa was clearly a victim of political persecution and must stay in Canada.

As part of her asylum in Canada, she would be assigned a hockey team. Unfortunately for Lisa, she got the Sens.

While most of the ridicule in the episode was directed at the United States – upstate New York got absolutely roasted – there were some shots at Canucks north of the border, notably Newfoundlanders.

Some Canadian restaurant chains got a shout out:

In which the Simpsons offers a totally thorough, spot-on analysis of Canada’s culinary industry. pic.twitter.com/w2xZxVzu6n

The Quebec Nordiques (the carpet) and the Stanley Cup (the lamp) also made subtle cameos:

A Stanley Cup lamp and Quebec Nordiques carpeting in tonight's episode of The Simpsons pic.twitter.com/n53XgqMNOA

Even Prime Minister Justin Trudeau made an appearance, showing some impressive gymnastics skills before exiting out a window after Lisa quizzes him on the SNC Lavalin scandal.