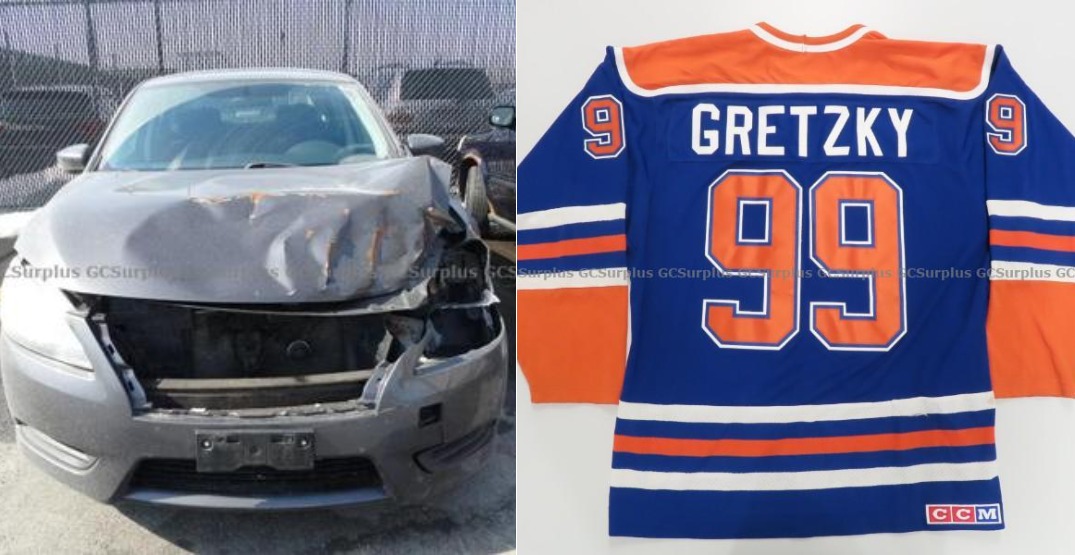 Don’t say the feds never did anything for you.

The federal government is auctioning off items that have been forfeited or salvaged — hence the sweet deals.

Ignore the office supplies and go straight for the good stuff for a thrilling shopping spree.

From office supplies to furniture, our #GCDonate program is offering a wide range of government surplus assets to eligible organizations. Visit our website today to find out more https://t.co/G6hrM58RoQ pic.twitter.com/ccpbHMcTP7

The clock is ticking, so bid while you can to snag a deal. 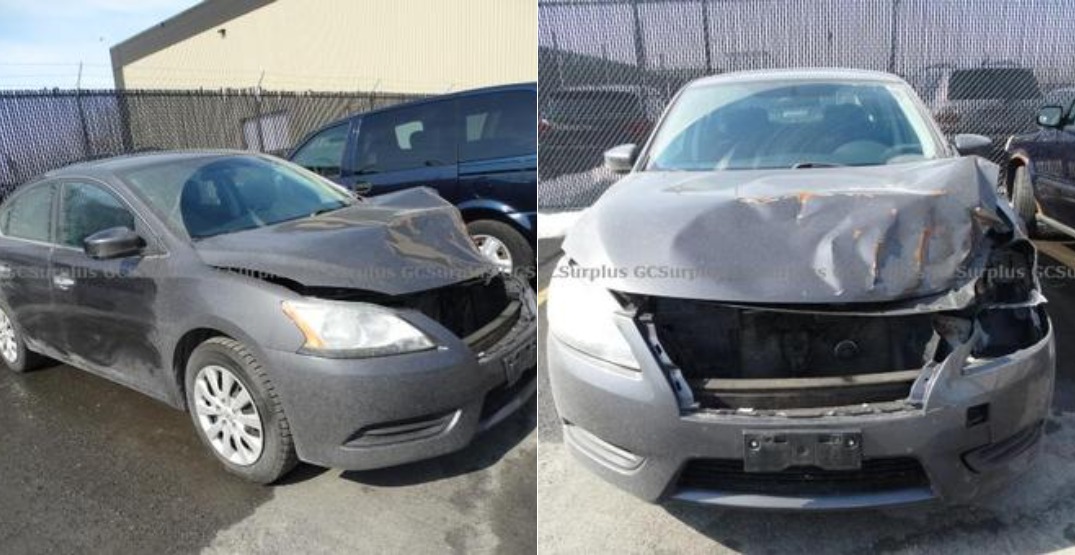 The car comes with a list of known issues; scratches, dents, paint chips, stains, and rust spots are some of its aesthetic quirks. There’s also “glue residue on both front doors,” and the vehicle “received extensive damages to its front end.” The hood and driver’s door are dented, the headlight on the driver’s side is broken, the front bumper is cracked, and the front grill is literally in the trunk. Not sounding sweet enough? The fender on the driver’s side is “damaged and keeps the driver’s door to open completely,” and no one knows how long it will take to repair it.

“The vehicle starts and moves but is not in a drivable state, the buyer will have to tow this vehicle,” says the listing.

There are nine days left until the deal’s gone, and bidding is open, so act fast if you want it. 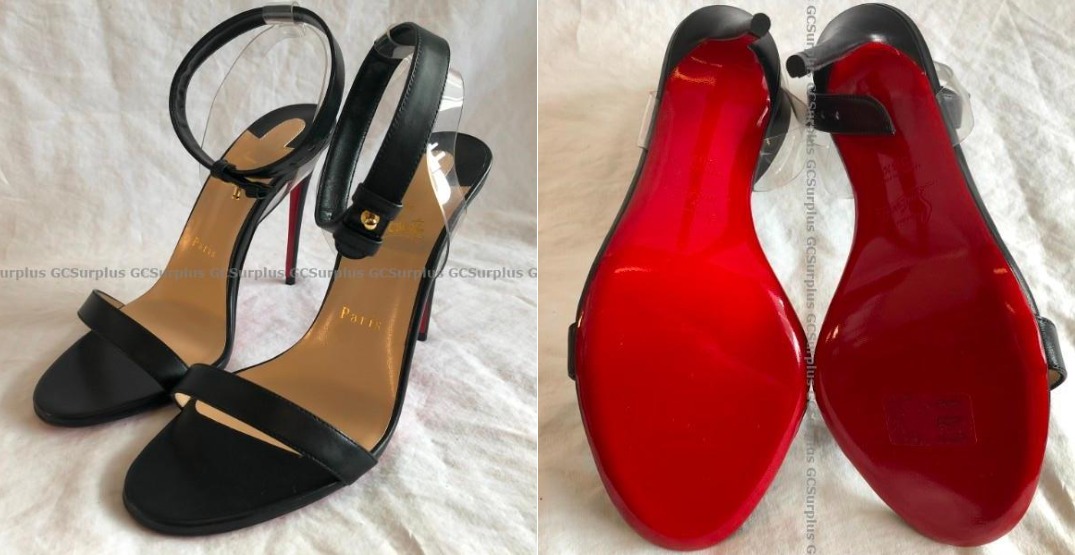 Louboutin leather sandals are going for $300 in North York, Ontario. They’re a size 38.5 women’s if you’re looking for something fancy to wear on your next night out. Or looking to pamper someone with designer kicks without the painful price tag. 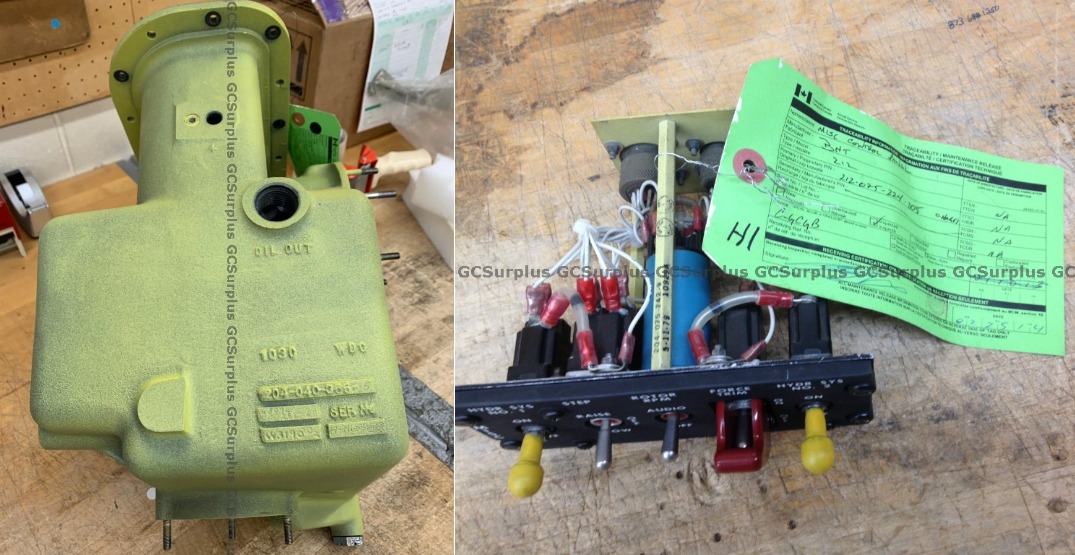 Six items were added to the aircraft and airframe components and parts page on March 22. They included an altimeter, fuel gages, working switchboards, a serviceable case for the main transmission of an airplane, and much more. Unlike many of the cheaper listings, the transmission sump case is going for a minimum bid of $7,950. 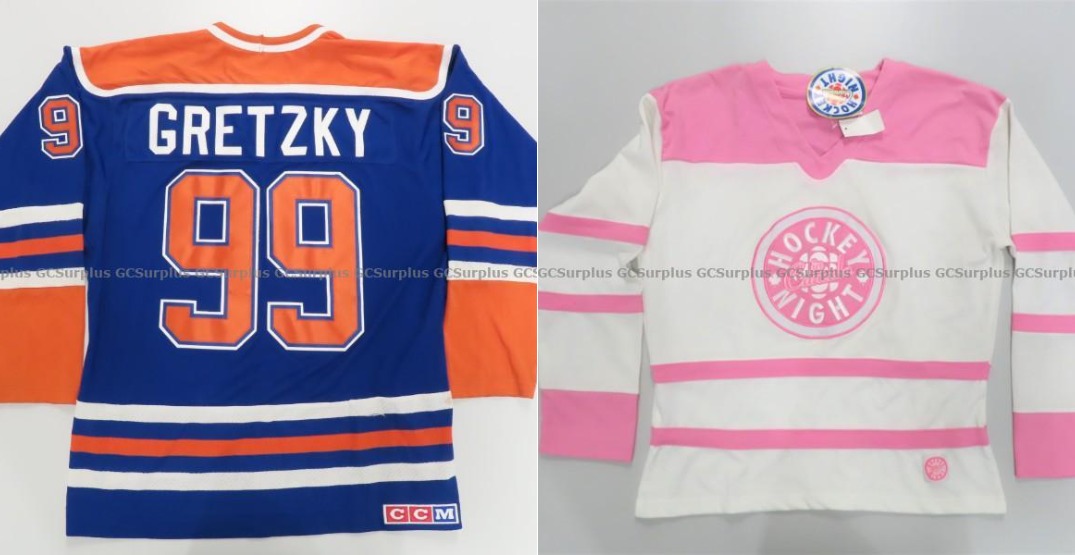 Twelve pairs of hockey pants are being auctioned for $15 a pop, and 32 chest protectors for $21. If you or your tots need something new to play in, you might be in luck. Added to the surplus earlier in the month was a Boston Bruins jersey collection, up for $540, and a NHL jersey collection for $310. 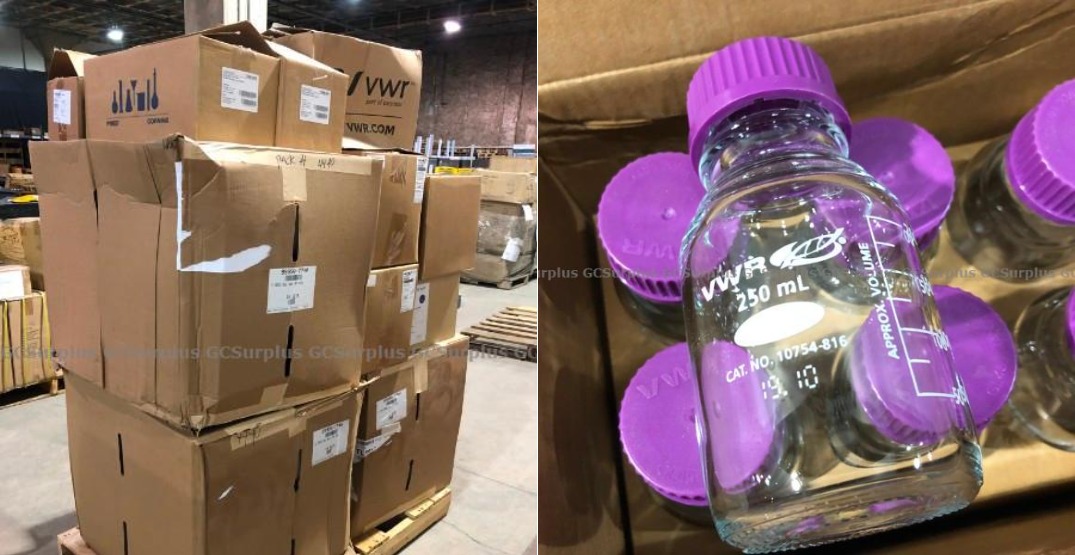 Also dropped on March 22 was a “lot of assorted scientific equipment.” The lot includes a thermo scientific 20-litre waterbacth, 30 coolers, nitrile gloves, and containers with caps. They’re in their original packaging, for any mad scientists looking to get their hands on some affordable gear. 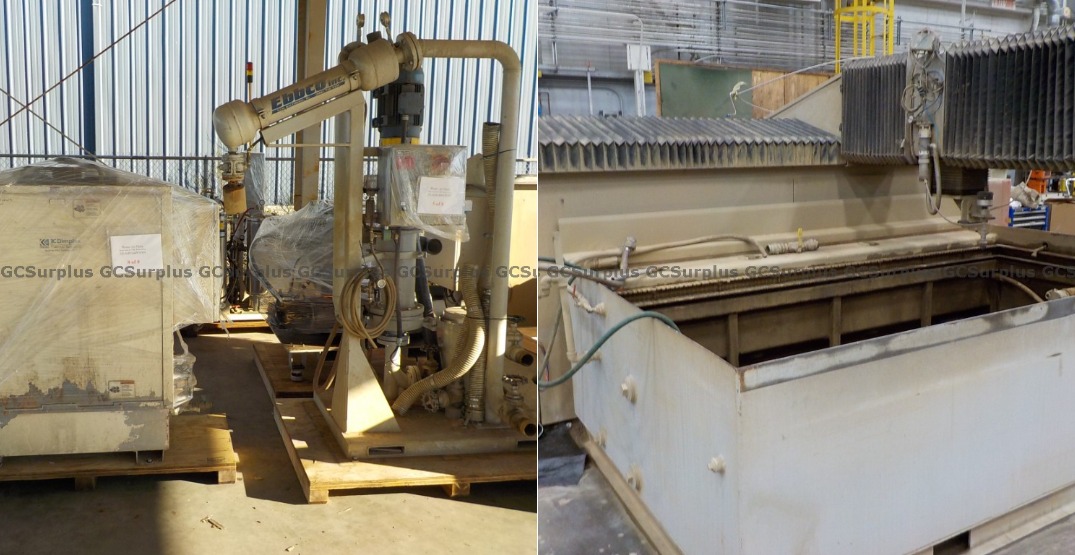 A fully functional industrial water jet cutter is actually one of the pricier things on the list, running bidders at least $6,000. It’s in Victoria, BC, and it’s seriously powerful. If you get this, use it carefully — whatever you end up using it for. 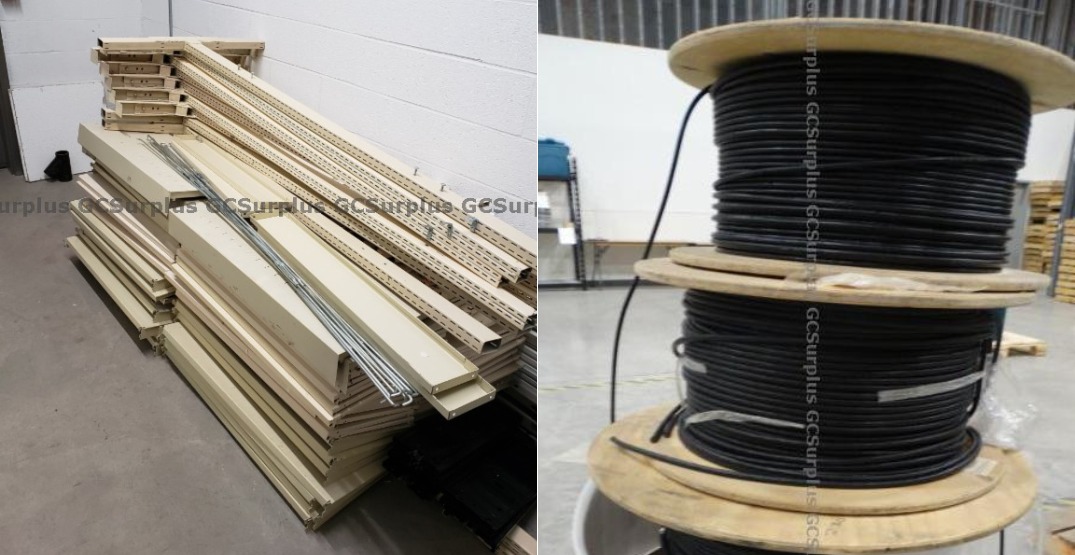 There are a ton of construction materials, from cables to metal and more. It’s ideal for anyone who wants to build or is working on a renovation but doesn’t want to spend too much at the hardware store. Trades workers might want to check it out to save on supplies. 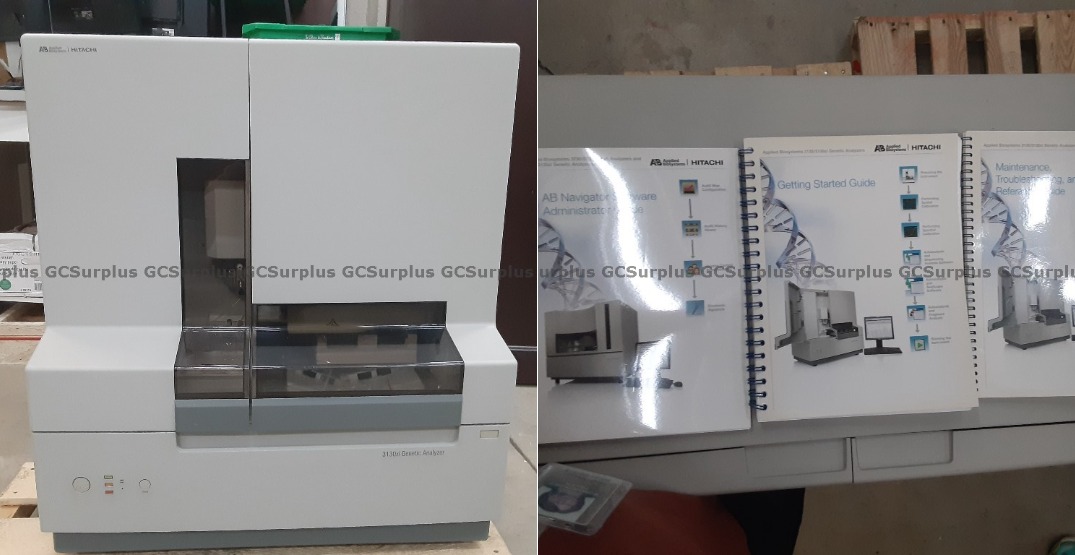 Oddly, two applied Biosystems Hitachi genetic analyzers are on the surplus site too. They’re 14 years old, but supposedly, they work just fine. Hitachi’s website says “a capillary array DNA sequencer is a device that allows researchers to efficiently and precisely decode the myriad base pairs from which DNA is constructed.” Amazing. 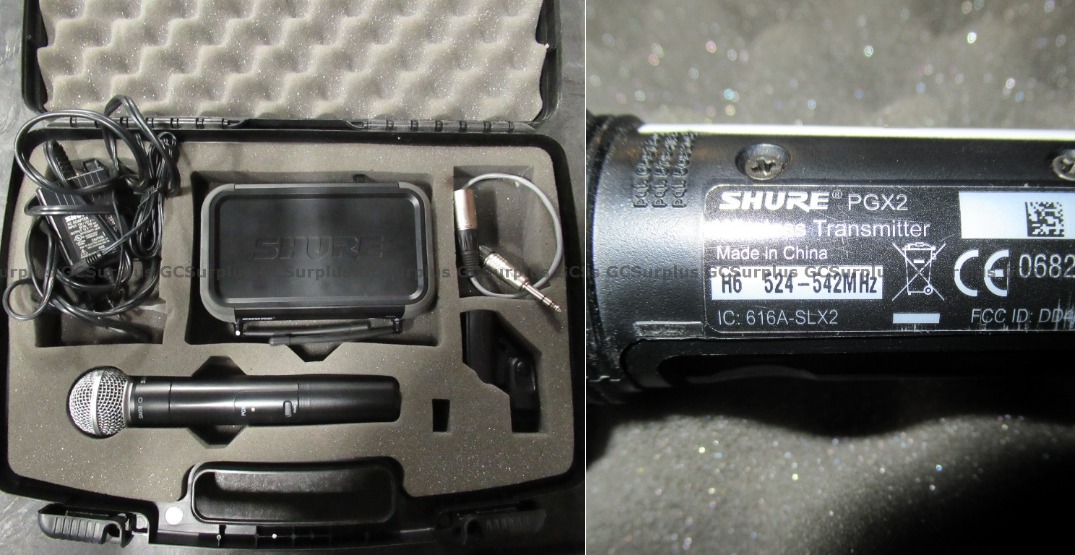 A fancy — albeit scratched and scuffed — Shure PGX microphone kit is selling for $26, which is stupid cheap. It comes with a receiver, the mic, a carrying case with a foam insert, a microphone clip, and an XLR to 1/2” adapter. 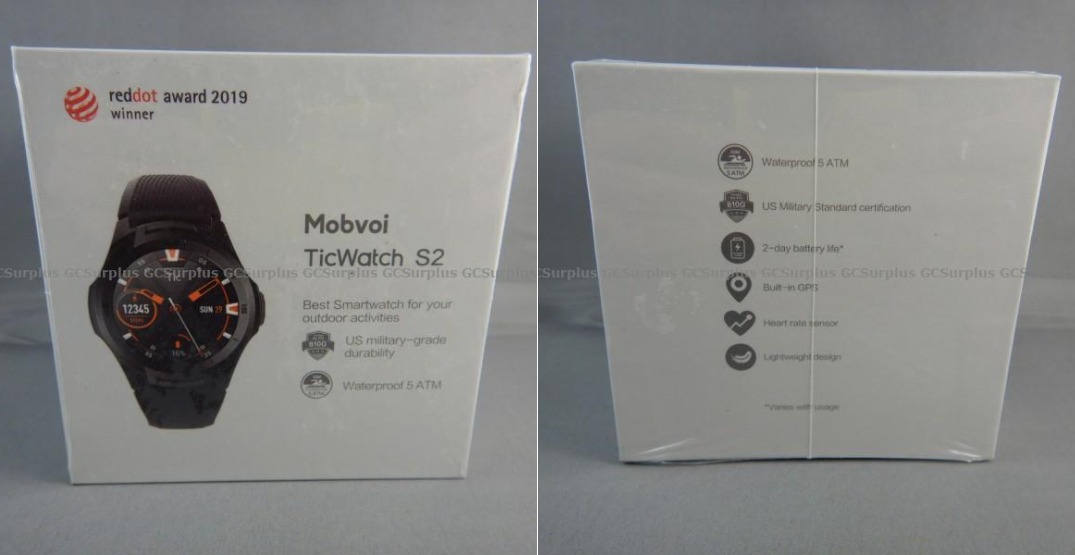 Available for pickup in Langley, BC, this Mobvoi TicWatch S2 Smartwatch is unused and sealed in its original packaging. It comes with a USB charger dock and user manual.

From an earlier drop on March 9, the surplus listed an entire aluminum boat sitting in Esquimalt, BC. The “40′ Celtic Shipyards Aluminum Boat with Cummins Diesel Engines” built in 1995 had a minimum bid of $26,877.77 on the evening of March 22. 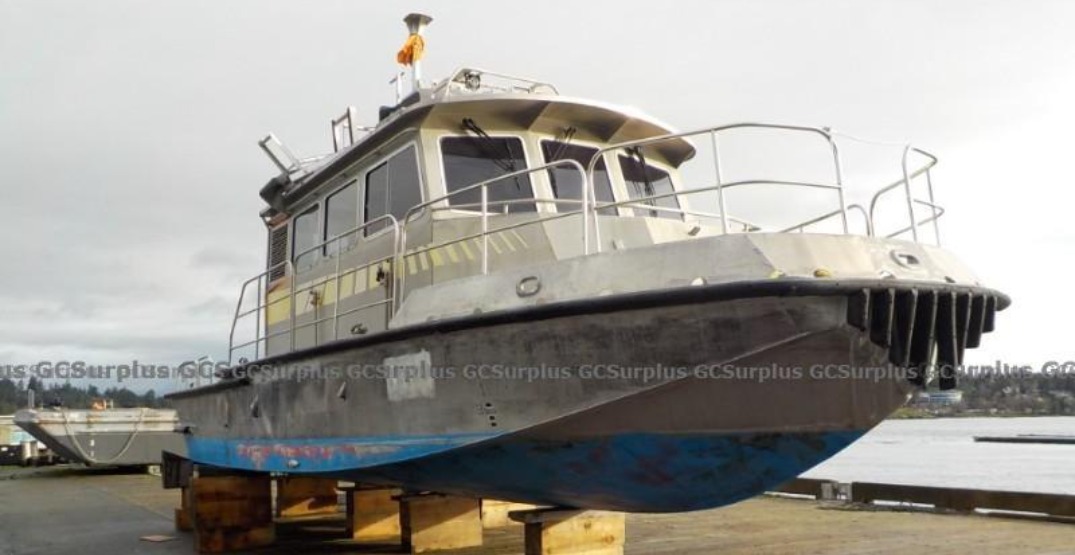 You do have to pay shipping if you don’t live in the same city as the item you’re trying to buy, and some of them don’t offer shipping at all.

And you have to be a registered buyer to bid, so get on that to join the fun.