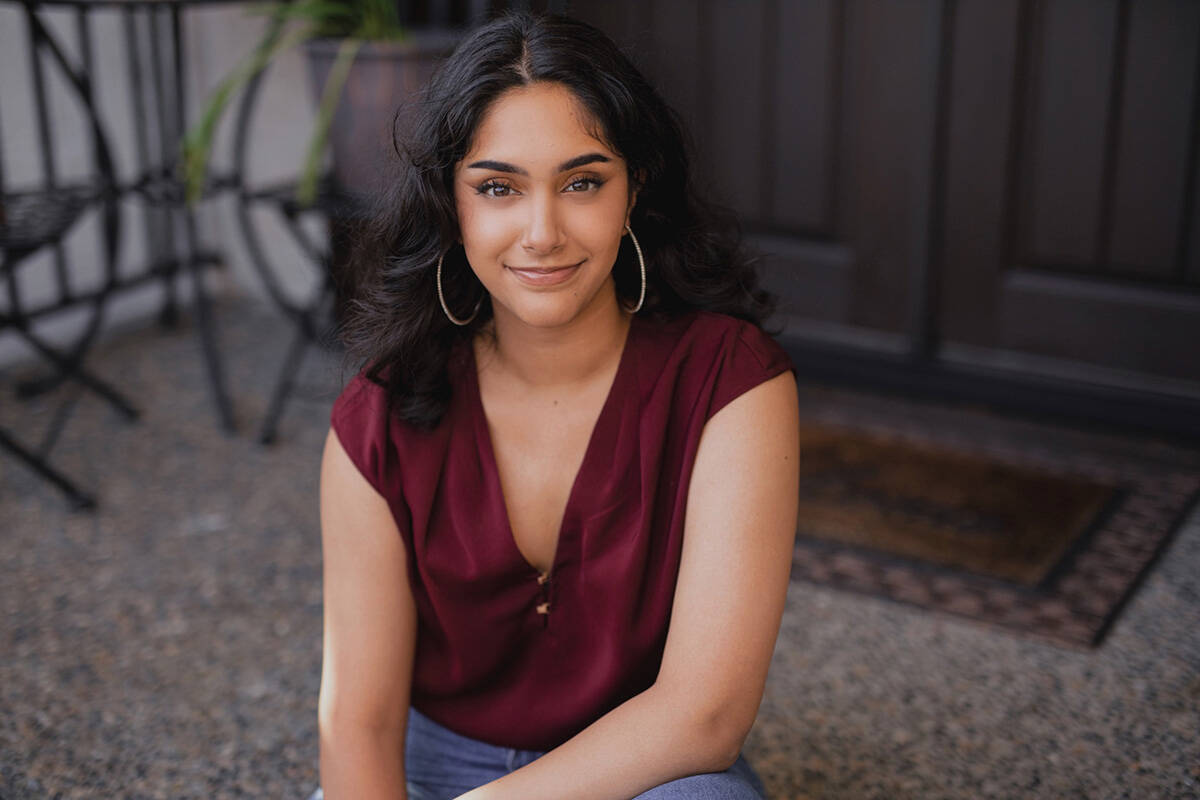 The mental health of Canadians took a serious hit during the COVID-19 pandemic, especially amongst our youth. With schools school closures and the transition to e-learning, many young people were at further risk as they became isolated from their peers.

Enver Creek Secondary’s Simi Sahota saw first-hand the effects of poor mental health were having on her peers in the last 20 months.

“Maintaining good mental health was a harder experience when we were in the height of the pandemic in quarantine. Places that were outlets, like school and extra-curricular, were no longer there,” the 17-year-old said in an interview to Daily Hive.

“Without these places where we can express ourselves, meet with peers, and have fun caused us to adjust which has been a difficult process,” she adds.

Alarmingly, suicide remains one of the leading causes of death for Canadian youth, per the Raising Canada report issued by Children First Canada in 2020.

While hotlines and drop-in counseling services are available to support BC’s youth, Simi observed that resources were limited — thus not everyone needing help was able to receive it.

The South Asian teen began to do research on organizations seeking to change this narrative, leading her to become involved with charity Children First Canada.

Simi initially got her start with their Young Canadians Parliament program during the summer of 2020. Due to COVID restrictions, CFC hosted online events where Simi and other volunteers could discuss their concerns and experiences affecting Canadian youth in a group environment.

Mental health was an early focus for Simi, who moved into a term-length role as a Youth Activator in Oct. 2020.

“I honestly couldn’t wait for everything to go back to normal but we need the government to provide better mental health services for the longer and damaging effects that this pandemic may have caused for many youths mental health,” Simi explains.

“By providing preventive measures it helps to minimize the chance of someone’s mental health becoming so severe they need to reach out to suicide hotlines,” she says.
“They can teach people how to properly deal with crises, learn the signs of poor mental health within themselves and others, how to reach out for help, and how to provide help to others. This very important measure which is often overlooked can help so many and relieve stress off of the overcrowded hotlines,” Simi adds.

During COVID-19, mental health hotlines were bombarded with calls — leading many seeking help to be put on hold for hours or denied service altogether.

“The all-too-common story I am told when talking to youth is that when they finally muster the courage to reach out for help, they are put onto hold,” Simi says pointedly, blaming the “lack of planning” being a factor that is now plaguing Canadian youth. 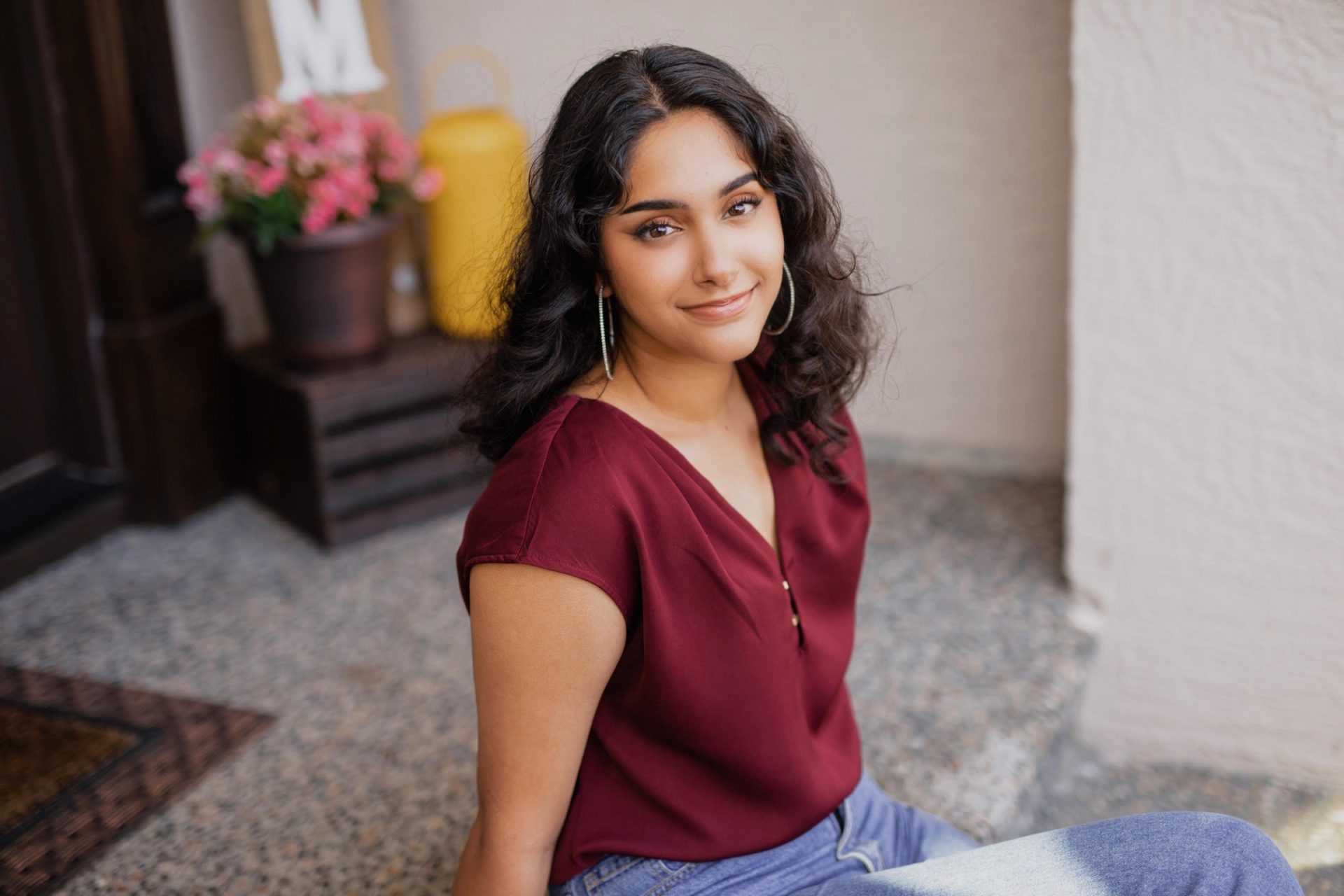 Simi is a student at Enver Secondary.

“This experience shared by many is a clear indication that BC is lacking with their support lines service and need to further fund and employ more people. With the support lines being one of the only remote ways for mental health support, it should’ve been predicted that this service would have been heavily used,” Simi argues.
Her ultimate goal is for the government to proactively address the issue before it continues to become more severe.

“It is clear that providing better mental health access to youth can save lives, and overall create a safer Canada for children…this pandemic has had long lasting effects on the mental health of many,” the bright young woman tells DH.

Within her role as a Youth Activator, Simi was able to create content on behalf of Children First Canada to help spread her message. Part of that included deducing the best ways to reach her peers to get involved, such as using social media platforms.

She has also co-hosted her own successful events, including one focused on gender equity and inclusion in parliament and been able to rub shoulders with people like the Honourable Senator Rosemary Moodie Bill.

“I am utterly grateful for the opportunity to contribute to such an amazing program,” she says of her involvement with CFC.

Standing up to anti-Asian hate has also been a passion for Simi, particularly after Vancouver saw a rising number of crimes targeting those communities during the pandemic.

“Vancouver had the highest number of anti-asian hate crimes across North America. You can imagine the struggle for many asian youth across BC having to deal with such terrorizing racism and their fear for the safety of themselves and their family,” Simi says, noting that the province of British Columbia has “a lot of work to do” given our large Asian communities.
“With the COVID-19 pandemic, anti-asian hate is becoming normalized in both community and online spaces.”

Following her Grade 12 graduation, Simi plans to continue her education and study towards a degree in Political Science. She’s hopeful to then attend law school and eventually pursue a career in law and policy.

“I hope to choose this field of study and career path because of my advocacy in children’s rights in Canada, my belief in social justice, progressive change, and creating a more inclusive Canada through policy,” she says.

Volunteering will remain a focus for Simi too, particularly working with grassroots organizations, which she says is inspired by her Sikh heritage.

“The concept of charity and giving back to your community is very important to who I am…growing up as a Sikh, this concept is not new as ‘seva’ (a selfless service), is something that is practice,” she explains.

“This value has been ingrained in me since I was born and is something that I will always continue to do.”