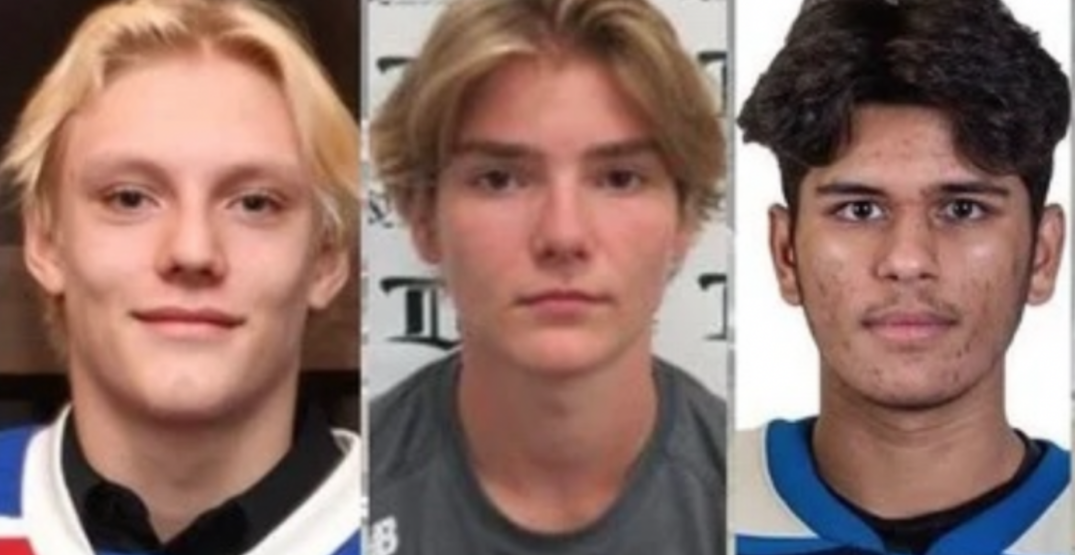 An outpouring of love, support, and sadness flowed from all over the hockey world this weekend, following the deaths of three local teenaged hockey players.

Three Surrey-born players who played together at the Delta Hockey Academy — Caleb Reimer (16), Ronin Sharma (16), and Parker Magnuson (17) — died when the car they were travelling in crashed into a tree. The tragic collision occurred around 2:45 am on Saturday morning in the 16000-block of 104th Avenue in Surrey.

The cause of the crash is not yet known.

Condolences have come from the very top of the hockey world, with statements being released by the NHL, as well as all four Western Canadian NHL teams. In addition, a number of NHL players have shared the devastating news via Instagram.

“The Canucks organization is heartbroken to hear about the passing of Caleb Reimer, Ronin Sharma and Parker Magnuson,” the Canucks said in their statement on Sunday morning. “We send our deepest condolences to their families, friends, teammates and coaches during this difficult time.”

“The NHL sends its love and deepest condolences to the families of junior hockey players Caleb Reimer, Ronin Sharma and Parker Magnuson who tragically passed away in a car accident on Saturday,” the NHL added. “Rest in peace boys.”

Reimer had already made his debut for the WHL’s Edmonton Oil Kings last season, while Sharma and Magnusson had progressed with Junior A teams.

A GoFundMe page honouring the three boys has already surpassed $21,000.

“A wonderful group of friends began this GoFundMe page in order to support the families as needed including funeral costs and expenses,” the GoFundMe page states. “Please continue to pray, send condolences, and wrap your arms around the three families as they struggle to deal with a loss so great.

“Our hearts go out to all of the family and friends of Caleb, Parker, and Ronin. Rest in peace boys — you are all so very loved.”