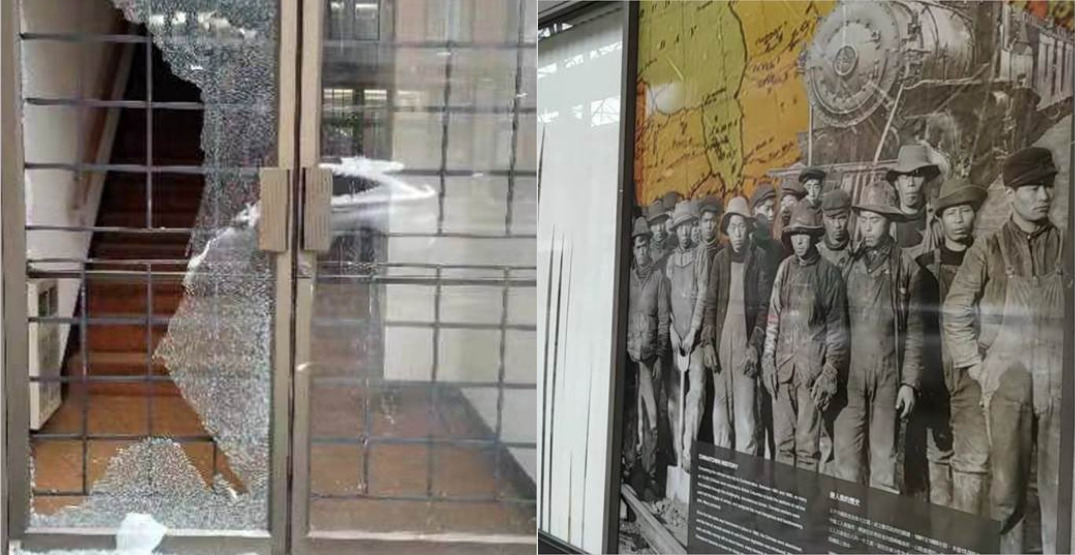 An entire block of broken windows is what the organizers of the Chinese Cultural Centre woke up to this morning in Vancouver.

Pictures and videos have surfaced online, showing an excessive amount of damage from a seemingly random attack.

Lorraine Lowe, executive director for the Dr. Sun Yat-Sen Classical Chinese Garden in Vancouver shared the imagery on Twitter, which highlighted smashed windows, and graffiti on nearly every wall of the exterior of the building.

Broken windows have become a recurring theme in Vancouver, and it’s not difficult to find a business that has been targeted.

The block of Pender on the same side seems to hardest hit 1/2 #vanpoli #chinatownyvr pic.twitter.com/DC9FK7hX7C

Lowe suggests that between the Chinese Cultural Centre, the Classical Chinese Garden, and the Chinatown Business Improvement Association, the organizations have had to buy extra storage for all the photos and videos they have for all the other examples of vandalism they’ve captured.

It’s the whole block of broken windows (even the bus stop doesn’t have any glass left) and graffiti sadly. The door is still shattered but luckily it only leads up a set of stairs and another secured door to enter premises. #chinatownyvr #vanpoli pic.twitter.com/fspnDCpxU4

Last week, Daily Hive spoke with a Gastown business owner who spoke a little bit about how dire the situation has gotten for Chinatown, and this is just another prime example.

This is unacceptable! There must be more that we can do to stop this from happening. #chinatownyvr https://t.co/nGKrWXjg5Y

Users on social media have been reacting to the footage.

I was standing in this exact spot yesterday. #ChinatownYVR continues to be battered by vandalism and crime. Tough issues to tackle, but it is critic we keep working at it. We can’t cede and lose our neighbourhoods from Chinatown to Gastown to Downtown. https://t.co/NMHl8L7R5M

There is currently no clear motive in this attack, but Lowe believes it was just “for the hell of it.”

Daily Hive has reached out to the VPD and the Board Vice-Chair of the Chinese Cultural Centre for more information on the attack.